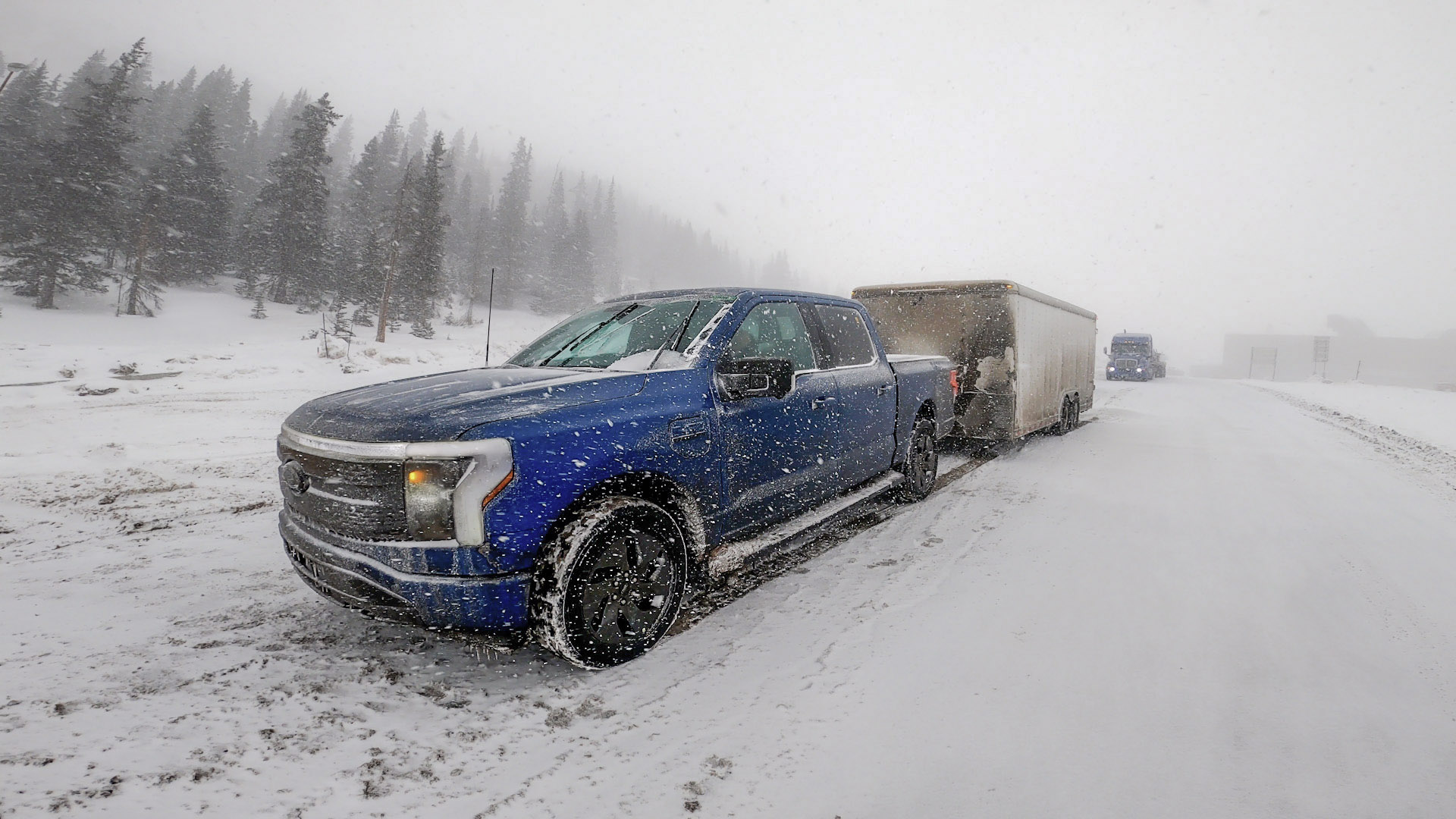 Whether hauling snowmobiles to the cabin in the dead of winter or the pontoon to the lake in the dogdays of summer, the 2022 F-150® Lightning™ is tested to have customers covered. To help prove it, Ford engineers took the first all-electric F-Series to two of America’s toughest real-world towing routes during development – Davis Dam in the summer and TFLTruck’s Ike Gauntlet™ in the winter.

However, customers will want to know what effect towing and the climate limitations had on the range, as the company recently confirmed its EPA-rated range ratings for several variants of the F-150 Lightning. Ford said it would release this information “in due course.”

Ford took the F-150 Lightning and 10,000-pound loaded trailers to Colorado’s I-70, which recorded its coldest day in February in Boulder in 123 years as temperatures sunk to -2° F near the Eisenhower Tunnel. This route was eight miles long, and ascends at a 7 percent incline to a maximum elevation of 11,158 feet.

To test the other side of things, Ford also tested the all-electric F-150 Lightning along State Route 68 between Las Vegas and the Hoover Dam. This route ascends from 550 feet to 3,500 feet in 11.4 miles, making for a grueling test of any powertrain, let alone one that is towing 10,000 pounds behind it.

Ford engineers completed the two tests in part of the F-150 Lightning’s development, which has gone on for “hundreds of hours” with towing alone.

While the tests show the incredible toughness of the trucks, which never was really in doubt due to Ford’s decades of expertise and its recognition as the leading manufacturer of pickups in the United States, the tests missed a critical piece of information: range.

Towing is an extremely stressful test for any powertrain, but in electric vehicles, it contributes to significant loss of driving range due to the additional energy needed to pull. In the past, Tesla towing tests have revealed significant range losses, an understandable barrier due to the nature of the job. However, Ford’s testing in an extremely cold climate while towing would likely show major range loss, as frigid temperatures only hurt range, even when towing is not the task at hand.

A Ford spokesperson told Teslarati there was no information available on the tests’ effect on the F-150 Lightning’s range at the current time, but more information would be released in due course.

Last week, Monroney stickers from several Ford F-150 Lightning variants were released. The F-150 Lightning Base Pro Series had 230 miles of range, according to EPA estimates. Meanwhile, the Platinum Series with the extended range battery pack had a range rating of 300 miles. Ford later confirmed these range estimates in a statement.