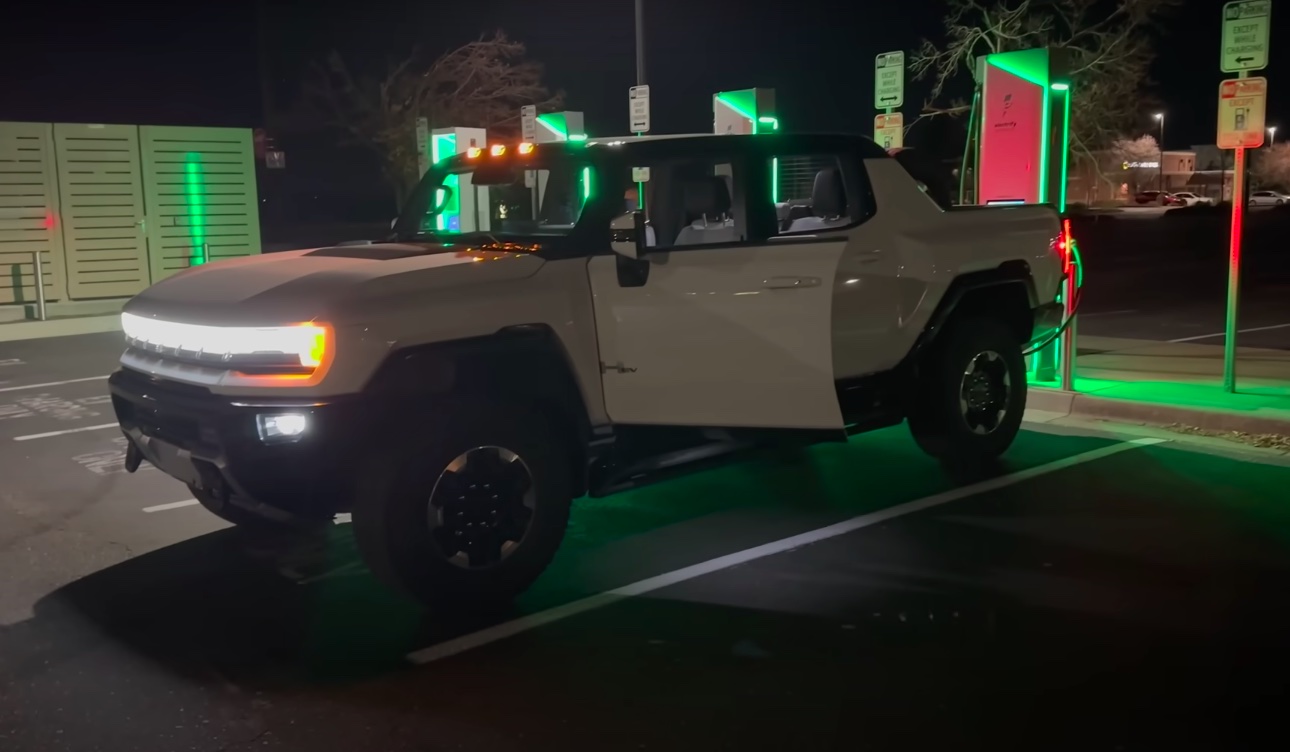 Credit: Out of Spec Reviews/YouTube

It seems like the apple doesn’t really fall too far from the tree. While the GMC Hummer EV is a zero-emissions vehicle designed to be a strong statement of General Motors’ dedication to the electric vehicle revolution, some of the pickup truck’s behavior definitely seems to be very similar to its gas-guzzling combustion-powered predecessors.

The Hummer EV is equipped with a mammoth battery pack that has roughly 210 kWh of capacity. That’s about the size of a Model S Plaid and Model X Plaid’s battery pack combined. With this in mind, it is no surprise that charging such a massive battery would take quite a bit of power. This was something that became evident during a charging session at an Electrify America station.

YouTube host Kyle Conner of the Out of Spec Reviews channel recently tested how much it would cost to charge a Hummer EV Edition 1 from 0-100% at an Electrify America station without any incentives or memberships. The results were quite shocking, as the monster all-electric pickup truck’s charging session ended up costing $96.89 before taxes and fees. It also took 152 minutes, or about two and a half hours, to charge the hulking EV from zero to full.

It should be noted that the YouTube host’s demonstration would probably not be true for many drivers of the Hummer EV. For one, Conner charged the vehicle from 0-100%, which resulted in an extended charging time. Typical EV drivers charge their vehicles only until 80% or so, which makes sessions much shorter and more affordable. Incentives or memberships tied to Electrify America would also lower the price of charging the Hummer EV.

Either way, the Hummer EV is definitely living up to its namesake. It’s still a guzzler, only this time it’s guzzling electricity instead of fuel.