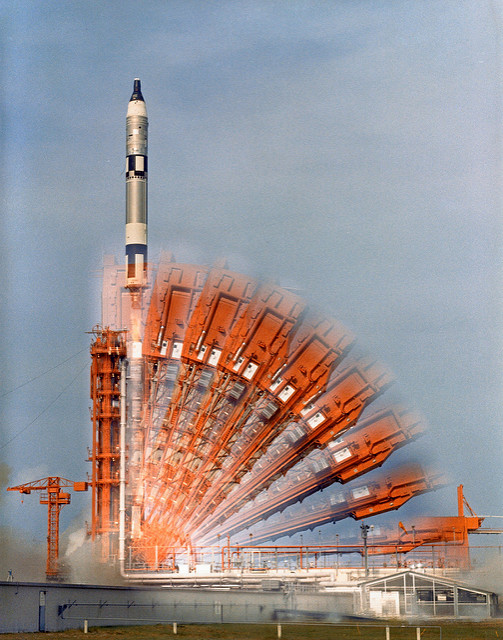 The ultimate goal of launching rockets is to get us exploring and building in space, not picking winners and losers. Simply put, if you can’t compete with the mousetraps on the market, you haven’t actually built a better mousetrap. Repurposed ICBM motors for rocket engines are not the problem. Gemini 10 launches on a modified Titan ICBM motor. Credit: NASA on The Commons.

A Disagreement Among Star Travelers

There’s a debate going on among the government “powers that be” and commercial space companies over the use of excess intercontinental ballistic missile (ICBM) motors to launch rockets. Currently, these motors are banned from being used for commercial purposes, although military and civil launches are okay.

One side argues that the ban should be lifted because

The other side wants the ban maintained because

This same debate created the ban in the 1990s, and it should be mentioned that the main proponent of lifting the ban was a big part of passing it in the first place. It is also only fair to mention that this main proponent is a very large, established rocket company while the opponents are mostly smaller competitors.

Putting It All Into Perspective

First, it’s important to consider a reality-based context before taking a position on this. Absent another world war, globalization is here to stay, meaning that if a company in the United States cannot offer launch services at a

competitive price point, their potential customers will go elsewhere. Since these customers are not exclusively American companies, U.S. lawmakers cannot simply make the problem go away through legislation by restricting the nationality of launch providers.

Second, it’s important to frame this issue using marketplace case studies relevant to the situation found here. Old technology is constantly giving way to updated and new technology, demonstrating that innovation is driven by a variety of factors, not just the pure need for a technology to exist.

Finally, it’s important to fully understand the motives of all parties involved. The commercial space industry is, by definition, business-oriented. At a fundamental level, all parties involved are concerned primarily with their own best interest, i.e., their ability to make a profit.

In my opinion, the ban should be lifted, as my position on issues like this will always tend towards expanding access rather than restricting it. Achieving democratized space travel will require affordable accessibility to space, and one of the best ways to drive costs down is to not spend valuable resources “reinventing the wheel” if existing resources work well for current needs. This isn’t to say that innovation isn’t necessary, but rather that different

missions have different needs, and the existence of one option doesn’t preclude the need for other options.

The car industry is a good case study to compare to. The fact that older cars
exist does not prevent newer, generally improved cars from being developed and sold each year. Gasoline is a proven standard to fuel vehicles, but the demand for electric vehicles is getting louder. It’s the demand for better technology that moves this process of innovation forward.

The companies involved in this debate are profit-driven. What would motivate a company to keep inexpensive, proven technology out of a market they were competing in? In my opinion, the question itself contains the answer. Competition is a proven way to drive development, and the argument that a market flooded with competition would hurt competition has somewhat circular logic.

I do think it is fair to be concerned that the nature of competing against government for a product undermines the concept of a fair market; however, the global nature of launch services and the expanding need for more innovative solutions, i.e., more powerful rocket engines for the upcoming long-distance space missions, mitigate this concern.

To frame this debate in another light, recall that Elon Musk’s initial space dreams involved purchasing ICBM motors from Russia to send dehydrated plant seeds to Mars. He wanted to accomplish something inspirational without diving head first into the business of building rockets. Fortunately for us, SpaceX was born through that process; however, imagine a future, space-inspired millionaire looking to make a similar contribution except the purpose would ultimately be commercial. Why deny the option of a rocket built with “off-the-shelf” parts? There aren’t many Elon Musk types out there willing to invest most of their own personal fortune for a ten percent chance of success at building a rocket engine from scratch, but every time technology is sent into space, it moves us forward.

Elon Musk’s ICBM story isn’t the only thing worth noting in this debate. Unfortunately for supporters of the ban, SpaceX essentially renders their argument moot because SpaceX’s innovation and resulting lower launch price tag are what’s making Russian space authorities somewhat cranky about the business they’re usurping from them. Clearly, innovation is still possible even with other ICBM-based rockets on the market.

The ultimate goal of launching rockets is to get us exploring and building in space, and this is hindered when the regulatory environment has the effect of hand picking winners and losers. Restricting ICBM motors from being on the commercial market does exactly that. This doesn’t advance the long term goals of space exploration. It only interferes with getting technology into orbit and beyond by restricting the capital available to develop better technology.

The argument that innovation is hurt by a market full of ICBM motors is one based on a desire to control market forces in an unfair way. Simply put, if you can’t compete with the mousetraps on the market, you haven’t actually built a better mousetrap, and there’s nothing to prevent you from selling existing mousetraps in service packages while you develop better ones.

Granted, as Elon Musk has reminded us in several interviews, rockets are hard, making the business of rockets even harder. Imagine, however, if the government banned access to all major highways, an existing tax-funded resource, because there was a need for a surface material that was resistant to pot holes and existing asphalt mixes hindered its development. It doesn’t take a rocket scientist to see what a bad idea that would be and what type of impact it would have on those needing the highways to conduct their business, especially while other countries still had their road systems up and running.