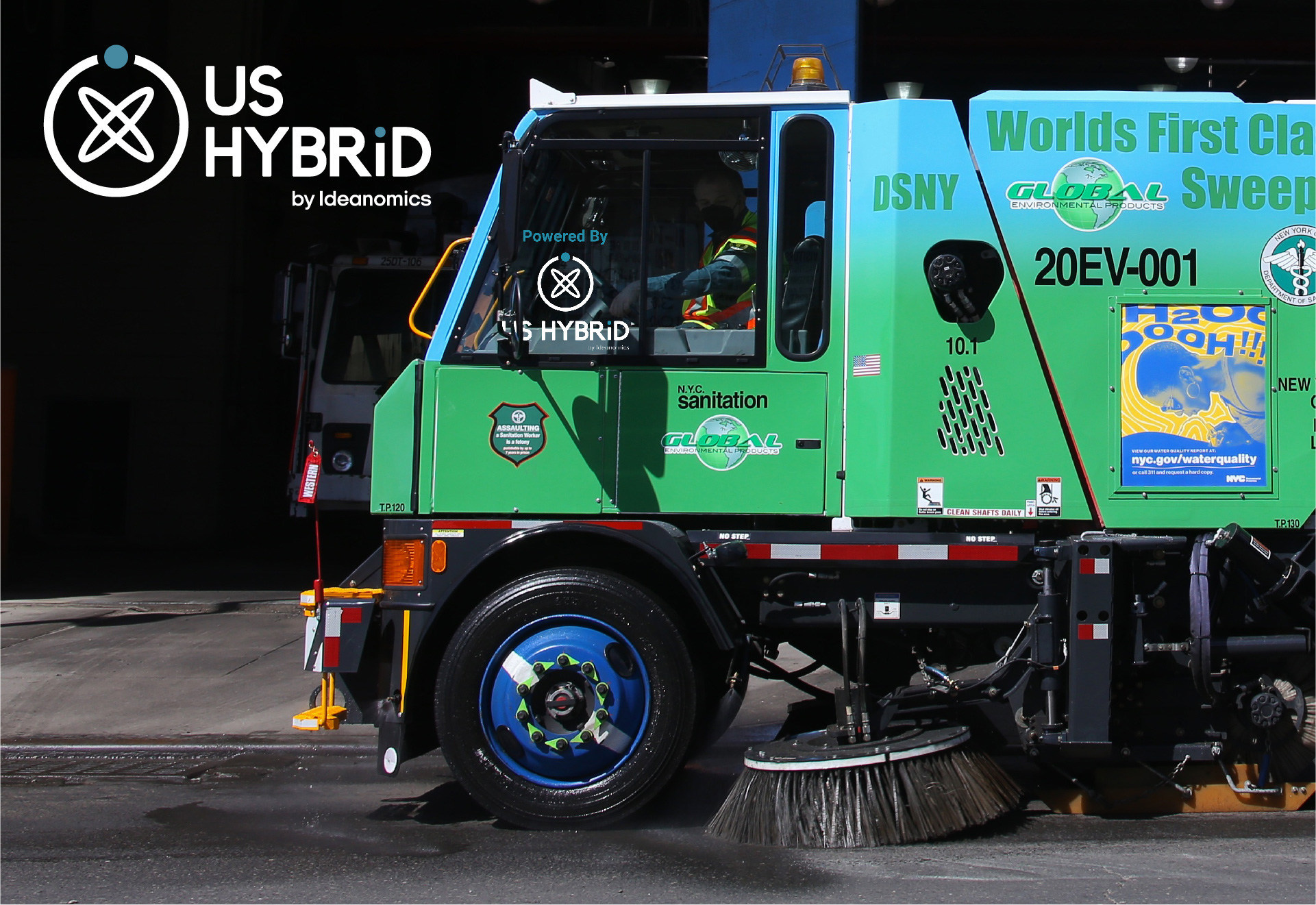 Ideanomics and Global Environmental Products (GEP) announced today that it has developed a series of zero-emissions, electric vehicle street sweepers that will soon come to New York City, cities in California, Helena, Montana, and Washington D.C.

62 EV street sweepers will eventually be shipped to these areas after the proprietary electric and hybrid-electric propulsion kits from both Ideanomics and its subsidiary U.S. Hybrid were supplied to GEP.

So far, California’s Department of Transportation is set to receive 17 of the EV street sweepers, while New York City will receive 30 hybrid-electric and seven all-electric street sweepers. Two will go to the City of South San Francisco, three to Washington D.C., and two to Helena, Montana, Ideanomics said.

If Ideanomics sounds familiar, we have reported on them several times. The company put out various groundbreaking ideas for wireless electric vehicle charging products and pilot programs over the past year, which Teslarati wrote about.

Ideanomics and GEP have worked together for decades, and this is only a continuation of their historic partnership. U.S. Hybrid, the Ideanomics subsidiary, and GEP first partnered in 2009 to launch the first-ever hybrid-electric street sweepers in New York City. Units even made their way to customers in Japan following their success in NYC. The two companies launched a fully-electric, supercharged street sweeper late last year, which gained notoriety after it cleaned up the 2022 New Year’s Celebration in Times Square.

“Together with GEP, we are providing customers across the U.S. with made-in-America zero-emission street sweepers featuring the best available technology pioneered by US Hybrid,” Robin Mackie, President of Ideanomics Mobility, said. “This order, one of the biggest to date, reflects a simple truth – zero-emission street sweepers are better for the planet, communities, and the bottom line. Also, each order supports the growth of America’s clean energy economy and green manufacturing jobs.”

GEP builds all of the EV street sweepers in San Bernardino, California, at its production facility. It offers four zero-emission vehicles, including the M3 and M4 100% electric plug-in modes, the M4 Fuel Cell model, which is powered by hydrogen, and the M4 model powered by compressed natural gas. GEP said its all-electric street sweepers save 90 metric tons of carbon emissions from entering the atmosphere in their lifetime.