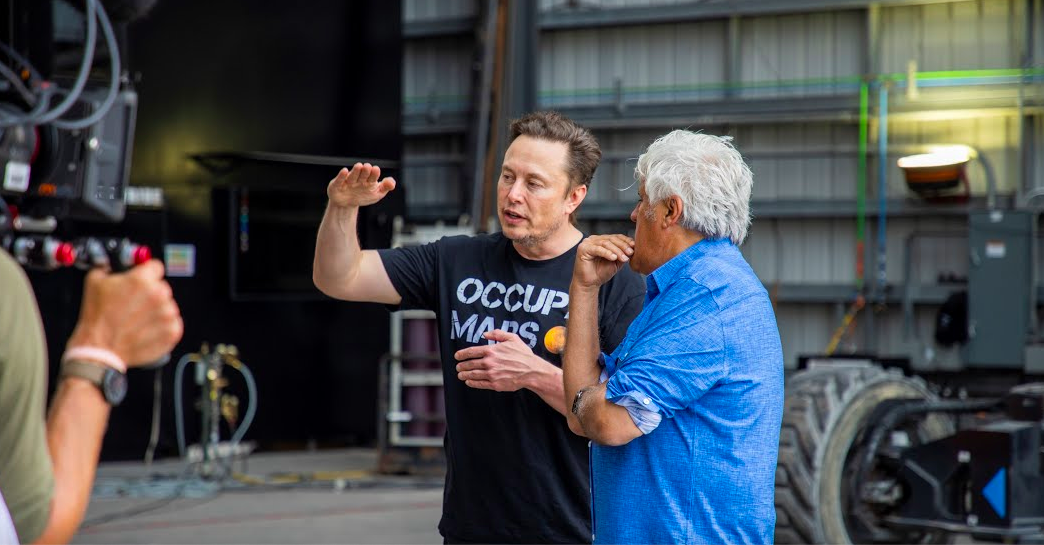 Jay Leno will hold a live Q&A, talk about his latest video with Elon Musk

Jay Leno, the host of Jay Leno’s Garage, is planning to hold a live Q&A for fan questions and talk about his newest episode featuring Elon Musk. The episode and live Q&A will take place on September 21 and he will also talk about his interview with President Biden as well as the technology featured in Season 7 of the show.

"Patents are for the weak" – @elonmusk

Check out more SpaceX and Elon next Wednesday 9/21 at 10 PM ET on CNBC! pic.twitter.com/c2QIDrkcEt

His interview with President Biden may prove to be an interesting conversation. The Biden administration isn’t so fond of Tesla or Elon Musk, especially since the president falsely claimed that General Motors’ Mary Barra was leading the EV revolution last year.

Despite Tesla’s phenomenal growth over the years, the Biden administration has continued to ignore Tesla’s contribution toward EV growth in a recent post. Instead, the administration credited President Biden for the EV sales tripling in the U.S while overlooking Tesla’s 87% rise from 499,535 vehicles sold in 2020 to 936,172 last year.

In a recent interview with Yahoo! Finance, Jay Leno pointed out that it was Elon Musk who deserves the credit for EVs being popular today.

“I think he should get a certain amount of credit for leading the charge because before Elon, [people would say] ‘it’s a golf cart,’” Jay Leno said. “People would joke about electric [that] they’re slow and whatever it might be. So I give him a lot of credit for it. I think EVs will be the savior of the classic car industry.”

The conversation between Jay Leno and the U.S. President should prove to be interesting especially if the topic of Elon Musk and EVs are brought up.

Jay Leno will hold a live Q&A, talk about his latest video with Elon Musk