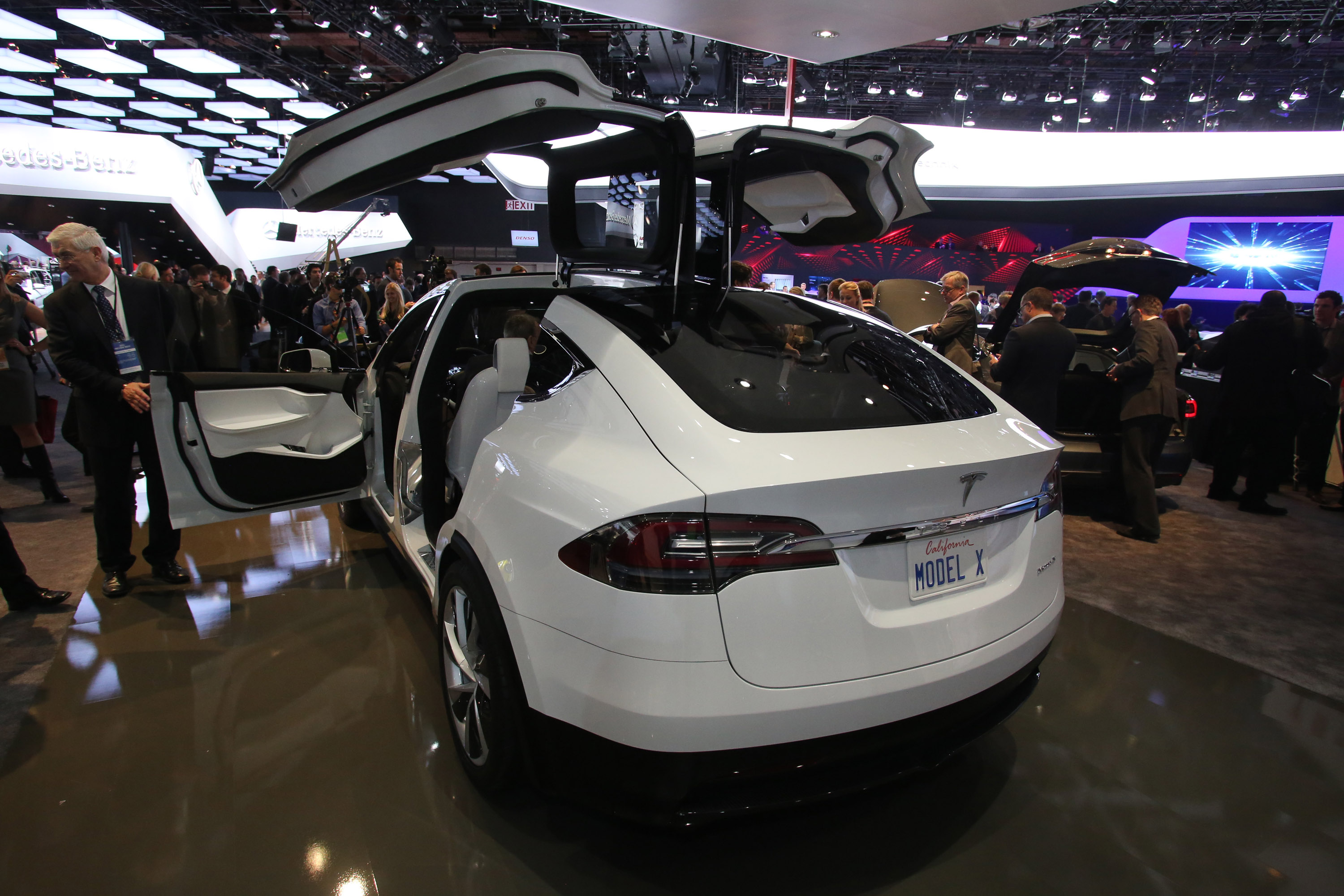 A lot has been made in the media of Tesla’s Model X being targeted towards women and how vehicle is a “SUV meets minivan.” I wrote back in 2012, “Targeting Mom, Tesla’s Model X,”  and thought “the Tesla Model X SUV should be the model that pushes this car company to profitability and unthought levels of success if they know how to build these cars on any scale.”

Well, I’m close on the success one, not so much on the profitability. Company profitability is not on the horizon until 2020 and  “unthought levels of success” could be under threat if Tesla does not deliver the Model X by mid-summer.

As Dana Hull of the San Jose Mercury News pointed out recently, Tesla describes the Model X on its web site as being an automobile “built around the driver — and six of her friends.”

It was reported in Hull’s piece that “Tesla invited a dozen Palo Alto-area women, last year, to its headquarters for a freewheeling, three-hour focus group led by Franz von Holzhausen, Tesla’s chief designer. Also, several of the designers who worked on the Model X are women, including Nancy Holman, Susanne Neuhauser and Kimberly Marte.”

If history is any indicator, Tesla will devote most of its immediate resources to getting the Model X roll out right and Musk has promised a steeper production ramp for the model due to thousands of reservation holders.

Delays aren’t good for Tesla (and Model III development), however it may be a boon for a diminutive car called the i3 from BMW and provide another choice for the female car consumers in the all-electric car market in 2015.

This Sunday, BMW is hitting the Super Bowl airwaves with an i3 television commercial featuring Bryant Gumbel and Katie Couric, paired up like they were back in 1994 on the Today show (The Super Bowl Commercial is at the bottom of this post).

To me, the Super Bowl ad targets the 40 to 65 age range and not just women. The commercial is light and fun, and tells a story about how new technologies can be quite mysterious at first.

The i3’s funky design is connecting with car consumers, averaging more than 1,000 sold units in four of the last five months in 2014. The i3 is a compact car but does have decent cargo room and some crossover features, such as a fold-down back seat.

Some years ago, VW sold a unique car called the Beetle and, in 1968, it sold 423,008 vehicles in the United States. When the Beetle was reintroduced in the late 1990s, it was a bit of style statement for the female demographic.

Is there a back door green statement going to females with the i3? Maybe BMW is positioning the i3 with suburban Moms and will really push the X5 edrive hybrid plug-in next year. In the end, BMW is putting forth effective marketing (which is great to see as an enthusiast) for this car in many different television and online channels.

So, let’s hope the Tesla conference call goes smooth in February and the Model X is still on target for mid-Summer.