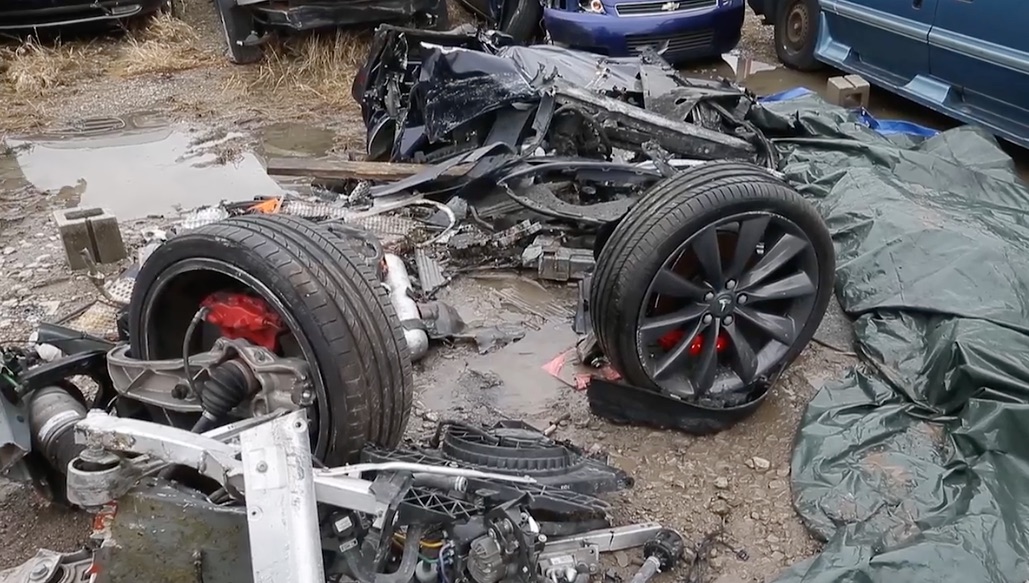 In an exclusive interview with the Indianapolis Star, Jon Speckman said his daughter would still be alive if she had been driving any other car but a Tesla. Casey Speckman, age 27, was killed in a fiery crash in Indianapolis a 1:00 am on November 2. Casey Speckman’s blood alcohol level was measured at 0.21%, far exceeding Indiana’s legal limit of 0.08%. She was driving a Tesla Model S owned by her boss, Kevin McCarthy, 44, who was a passenger in the car. His blood alcohol level was reported to be 0.17%.

Jon Speckman has hired an attorney and is considering filing suit against Tesla. “Had she been in another vehicle she would have been alive for me to yell at her for driving after drinking,” Jon Speckman told the IndyStar. Speckman says he thinks Tesla has made a mistake by making a car as powerful as the Model S available to the public.

The police investigation after the crash revealed that another car had been traveling the wrong way on a one way street just prior to the accident. “This is a vehicle that travels from 0 to 60 in 3.1 seconds. She’s clearly having to swerve to miss a vehicle going the wrong way on a one-way street,” Speckman said. “If her foot should happen to hit the accelerator, it’s like a rocket ship. I don’t know why they have to make a car that does that.”

When Speckman began accelerating is not clear. A witness to the accident, Albert Finell, 81, was driving on the same street when he was passed by the Tesla. “It passed me like a flash,” Finnell told IndyStar in a telephone interview. “It hit that curb and plowed into that tree.” Finnell did not mention any other car driving the wrong way at the time.

“Before I could get out of my truck the car exploded,” Finnell said. “The parts of the car, engine and everything went up in the air. It was the most horrifying thing that I had ever seen.” Finnell says he drove north to get away from the falling debris when he heard a loud sound. “I thought something had hit my truck, but it had missed my truck,” Finnell said. “It was sitting out in the street. It was the wheel and axle assembly of the car.”

Tesla emailed this statement to the Indy Star on January 27. “We have been deeply saddened by this accident and have been working closely with authorities to facilitate their report. While it can be difficult to determine the precise speed of a vehicle in such a crash, the observed damage and debris field indicate a very high speed collision.”

The Indianapolis police department is still working to determine the actual speed of the car at the time of the crash. “I have full confidence that the authorities will come to the correct conclusion of what exactly happened to this vehicle,” Speckman said.