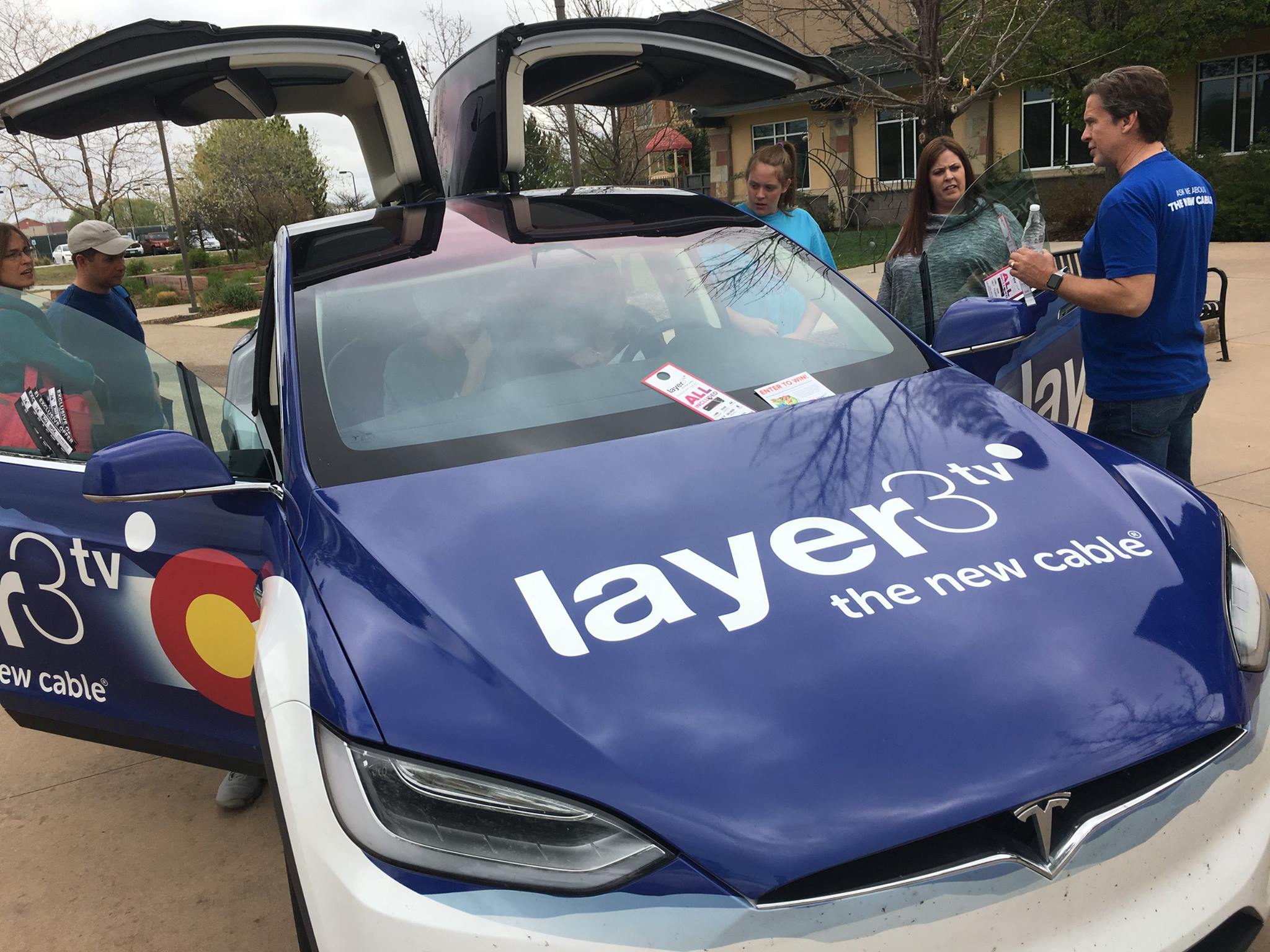 With plans to purchase 100 Model X vehicles by the end of the year, Binder claims that the savings from their unique installation process and the low maintenance cost of the Model X enables the company to reap “substantial” savings. Their installation costs are nearly 50% lower than competitors, enabling the company to expand the Model X fleet and creating a “win-win” scenario. Layer3 Originally planned to have a fleet of BMW i3s, but ultimately decided the Model X better fit their needs.

The company plans to have a fleet of roughly 100 Teslas by the end of the year and currently has the Model X deployed in all of their markets. Jeff Binder told Teslarati via phone, “There is no downside… we are spending half as much as the competition on installs, our installers love the vehicles, it’s sustainable, and we get great marketing out of the vehicles.”

Layer3’s fleet of Model Xs are presumably the largest in the world, as not many company’s have adopted commercial uses for the vehicle. Binder told Teslarati that they haven’t adopted any custom fleet management systems in the Model X that’s out of the norm, but definitely plans to take advantage of the Model X’s large center screen. Binder is a bit surprised that Tesla doesn’t have much of a fleet management system, and hopes the company will develop such a program. Layer3 has deployed their fleet nationwide, and plans to continue adding more vehicles to the fleet. Photo: Layer3 TV

Layer3 stated back in March, “Not only do we provide quick installs, but we do it in a Tesla. Rodney (a Layer3 TV installer) installs 6 boxes in a day with our eco-friendly Tesla.”

Before the company launched their service last year they had planned to deliver the service in the BMW i3. Layer3 is aiming to be the new “upscale” cable provider, while the company doesn’t lay its own fiber or cable lines, it delivers the service through advanced video technology riding through leased fiber and private IP. You can see if Layer3 TV is in available in your area.

Picking the Tesla Model X looks like the perfect way to show customers that they aren’t doing business in the usual way which stereotypically includes late arrivals and in a beat-up white van.

The nex-gen cable TV provider has released a video showing off their new wrap which we find simply stunning. Check out the video below to see how Layer3 TV “tricked out” their Model X!

Layer3 TV made these super sick Teslas even cooler.

The definition of NEW CABLE is an install fleet with @teslamotors falcon doors. #TheNewCable #falcondoors #tesla