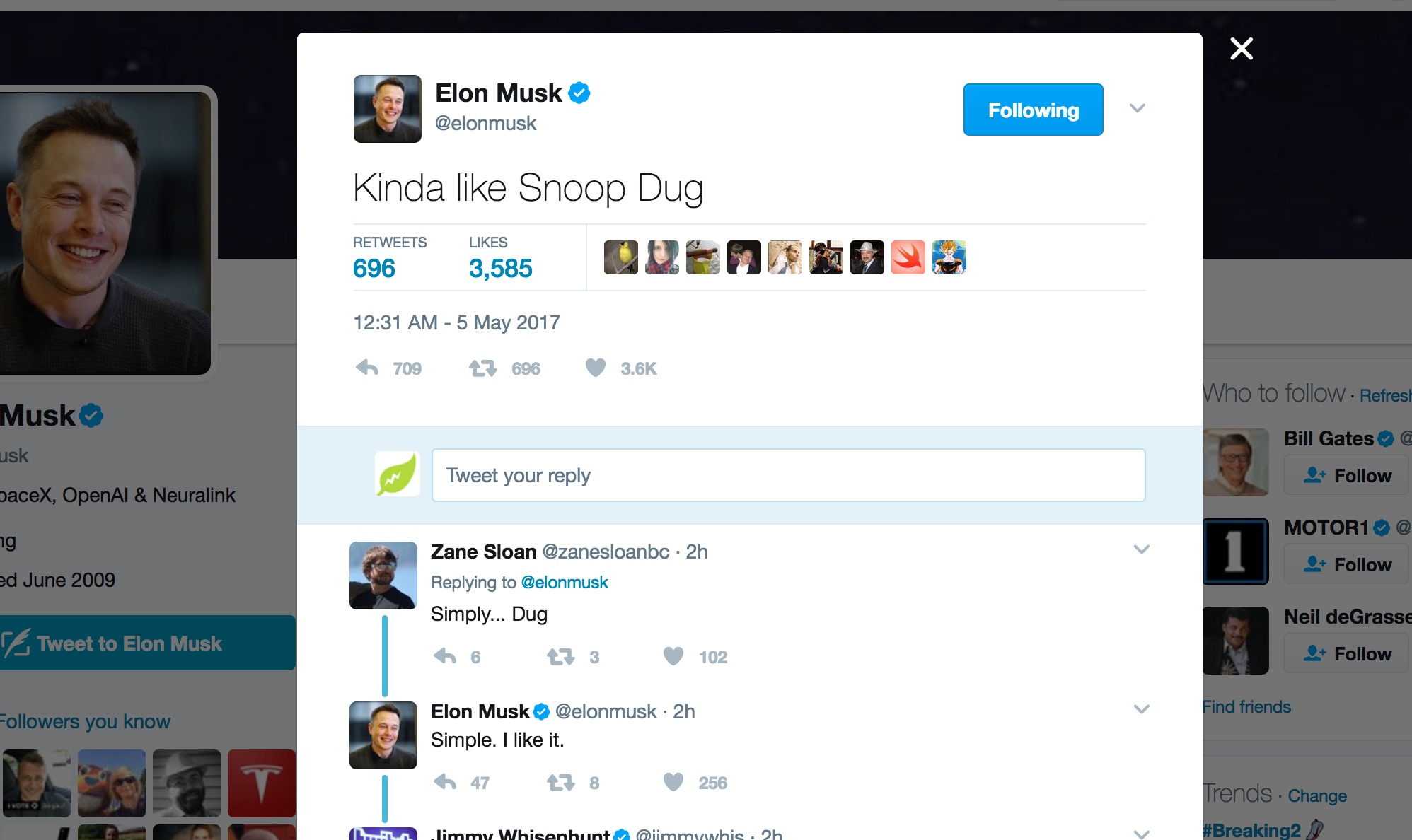 Feedback from the community was near instantaneous. Names ranging from “Le Tunneler” and “Boring McBory Face”, to a cheeky “Model Bore” – surely a name that follows the naming convention for Tesla’s line of electric cars – continued to flow in.

Thinking about a name for our first tunneling machine …

The tunneling machine Musk is referring to was recently spotted outside of SpaceX. It’s the core component to Musk’s latest venture, The Boring Company, which aims to create a multi-dimensional underground network of high-speed tunnels that will transport vehicles on electric skates.

Musk spoke in detail at TED2017 about his vision for an underground tunnel system. The full video can be seen here.

“Maybe Ultimate Boring Machine, the Second” read a follow up tweet by Musk. Though Musk would qualify the tweet by saying the word “second” gives the name of the digging machine “more credibility”, he quickly retracted the thought.

“I know what you’re thinking … then why not “the Third”? Well, I’ve learned my lesson about 3’s.” Musk is of course referring to the Model 3 and the widespread perception that Tesla’s third generation vehicle will be a more advanced version of its existing flagship Model S and Model X.

I know what you're thinking … then why not "the Third"? Well, I've learned my lesson about 3's.

But the one name that stood out the most for Musk was an ode to Tesla Model X-owning celebrity rapper Snoop Dog. “Kinda like Snoop Dug”, said Musk.

Do you have a clever name for The Boring Company’s tunnel digging machine? Let us know!!