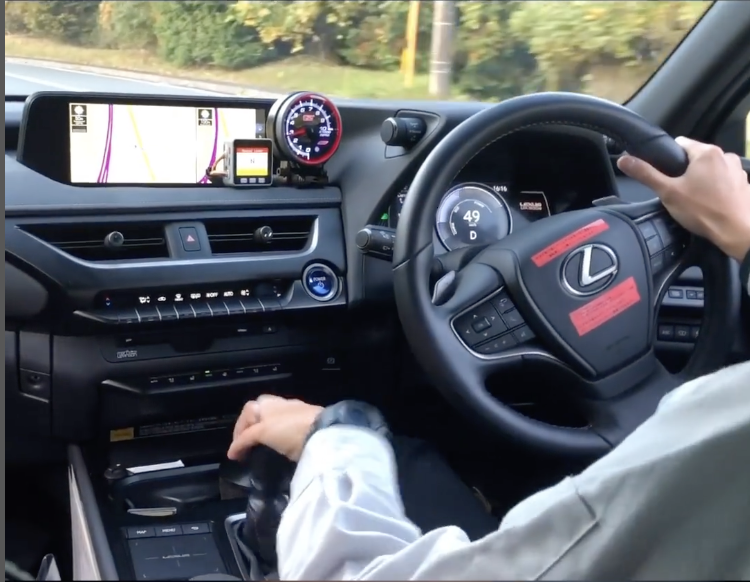 Lexus is developing a manual transmission for electric vehicles, and now a video has been released of it in testing.

It has been known for a while now that Lexus, and by extension Toyota, have been developing a manual transmission for electric vehicles. Still, until now, there have been no sightings of this transmission actually being used. This morning, EVO Magazine published footage of the manual being tested and driven on what looks like public roads.

The video, posted on EVO Magazine’s Instagram account, shows a driver in a right-hand drive vehicle rowing through the gears of an electric vehicle:

It seems as though the manual transmission in testing operates similarly to a gas vehicle. The tachometer appears to rise and fall as it usually would, putting into question claims that Toyota was working on a “simulated” manual. In the background, the video also plays what is likely simulated sound for future Lexus electric vehicles, mimicking a smooth Japanese 4 or 6-cylinder.

It remains unclear when Toyota’s transmission project will come to the market or what vehicles it could appear on. However, many have pointed out that the new transmission may become available on the upcoming Lexus EV Coupe, which has been displayed numerous times.

The thought of any transmission in an electric vehicle may seem strange, but Toyota is not the only one working to develop gearing for electric vehicles. Currently, both the Audi E-Tron and the Porsche Taycan have 2-speed automatic gearboxes, the higher gear ratio being available for highway cruising. Yet, it is unclear what the benefits of placing added gearing in an electric vehicle would be.

Typically, gears are placed in gas vehicles to keep the engine within its powerband and prevent the vehicle’s speed from overworking the engine, spinning too quickly for the components to handle. But this is not the case with electric vehicles. Electric motors can easily operate at much higher speeds. For this reason, most electric vehicles use a “direct drive” system, whereby the electric motor directly drives the wheels without going through a transmission. This also comes with the benefit of decreased weight, as a heavy transmission is not required to move the vehicle.

With the Lexus EV manual, the brand is attempting to bring the engaging and fun aspect of driving a manual gas vehicle to the electric future. However, it remains unclear if the market will ultimately be interested in the prospect.