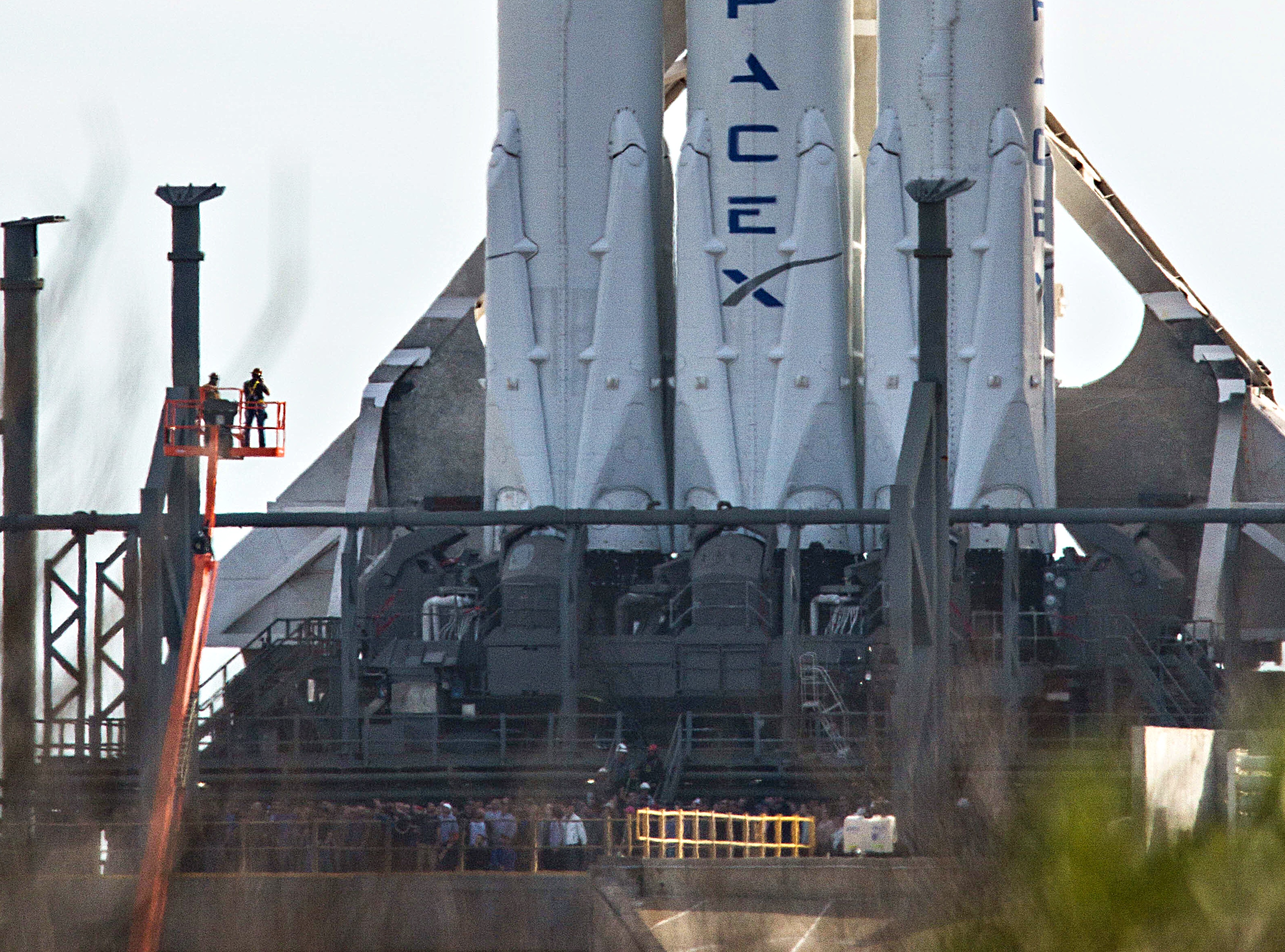 As thousands of space fans, celebrities, and the press descend on the Eastern coast of Florida to bear witness to the maiden launch of SpaceX’s Falon Heavy rocket, Elon Musk’s space startup confirmed that it will also be live streaming the event on its webcast.

The Tesla CEO and serial tech entrepreneur revealed a handful of details about tomorrow’s highly-anticipated Falcon Heavy flight during a press call on Monday afternoon. When asked about the status of Tuesday’s launch, scheduled for 12:45 pm PT/3:45 pm ET (20:45 UTC), including any technical challenges that may introduce a last-minute delay on the launch, Musk noted, “It looks like we are going to launch tomorrow.” The SpaceX CEO further asserted, “I thought for sure something would delay us, like we’d have some issue that we discovered on the rocket, or maybe bad weather. But the weather’s looking good, the rocket’s looking good, so it should be an exciting day tomorrow.”

If Musk’s comment to the press is any indication, however, SpaceX’s Falcon Heavy inaugural launch from the Kennedy Space Center on February 6 will be on time, along with the live stream (embedded below).

“I’m looking forward to it. We will have a good time no matter what happens. It’s going to be exciting one way or another. It’s either going to be an exciting success or an exciting failure.”

SpaceX is expected to launch Musk’s personal Roadster aboard Falcon Heavy, the most powerful operational rocket in the world by a factor of two, before sending it on a Mars-bound voyage. Musk shared a heartfelt farewell to his first Tesla in a simulation video of Tuesday’s Falcon Heavy launch.

The massive rocket, with twenty-seven Merlin Engines or the equivalent of three Falcon 9 rockets strapped together, has the ability to lift into orbit nearly 64 metric tons (141,000 lb). SpaceX notes that the last time a rocket delivered more payload to orbit was in 1973 when the Saturn V moon rocket launched.