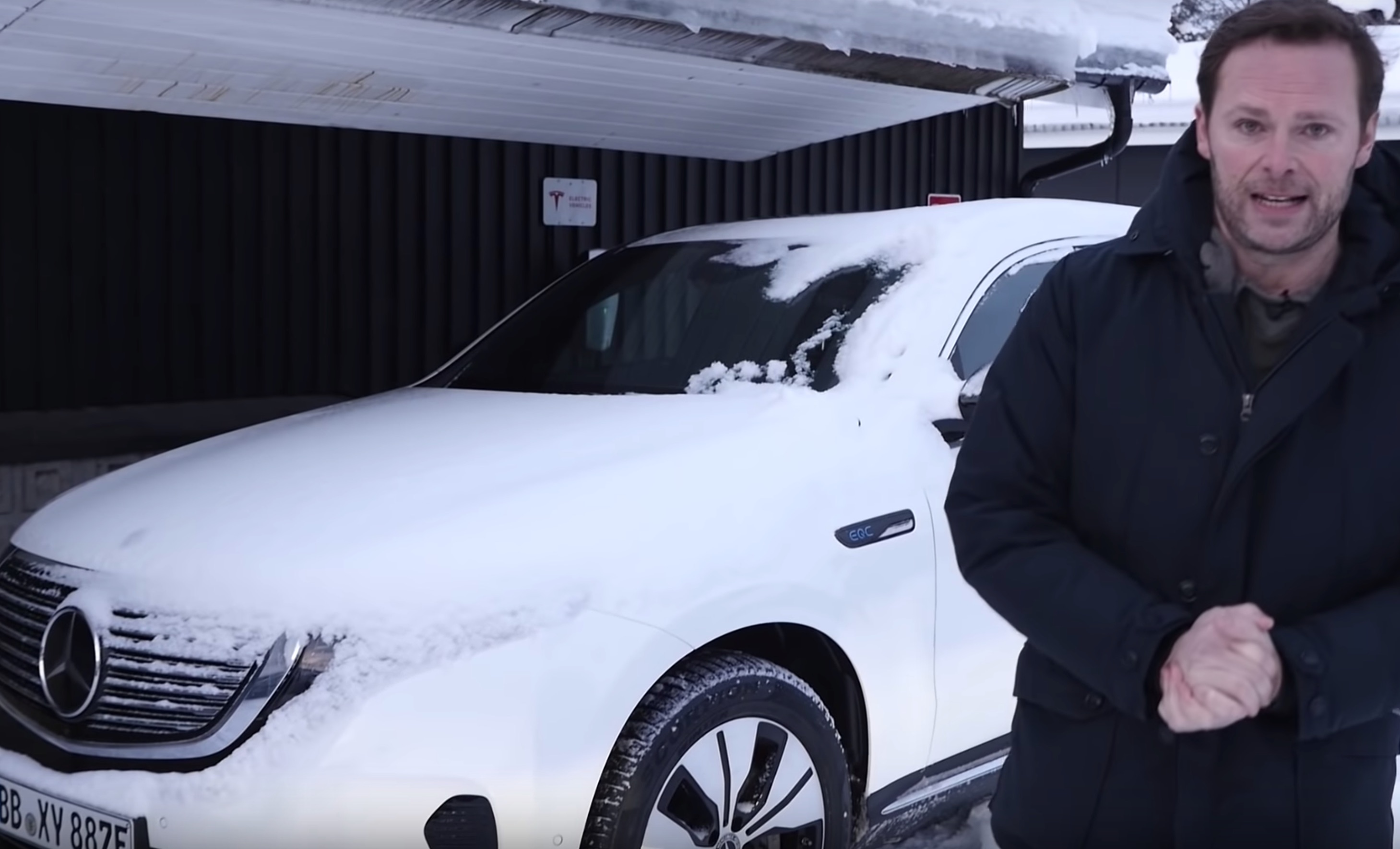 A recent video of the Mercedes-Benz EQC has featured the upcoming all-electric SUV topping up its battery at a rather unusual location — a Tesla Destination Charger in Sweden. What’s even more interesting is that the EQC was plugged into a Tesla-specific charger.

Tesla’s Destination Chargers, particularly those in Europe, usually feature two charging units, one red and the other white. Chargers with a red sign are exclusive to Tesla’s electric cars, while those with white signs are open for use by any electric vehicle. German publication auto motor und sport shared a video that seemingly shows the Mercedes-Benz EQC charging from a red, Tesla-exclusive charger, as evidenced by the cable running towards the rear passenger side of the SUV, where its charging port is located, and the charger’s green charging indicator.

The auto publication did not explain how the EQC was able to charge from the Tesla charger, leaving the community to speculate on whether Tesla might be opening its vast network of Superchargers and destination chargers to other carmakers.

A Tesla spokesperson has noted that according to company records, the destination charger in auto motor und sport‘s video is equipped with two universal and two Tesla-only connectors. The Mercedes-Benz EQC was connected to a universal charger that was mislabeled as a Tesla-only charging unit.

Elon Musk might dislike the concept of competitive moats, but the company’s charging infrastructure is an undeniable edge against rival electric car makers. Nevertheless, Musk has openly stated in the past that Tesla is open to the idea of sharing its Supercharger Network to other carmakers. The CEO even emphasized his point by stating that Tesla does not in any way intend to make its Superchargers a “walled garden.”

As the company prepares for the EQC’s release, Mercedes-Benz has ramped its efforts to provide the upcoming electric SUV with viable charging infrastructure. Last December, for example, Daimler, which owns Mercedes-Benz, announced that it had selected ChargePoint to deploy charging solutions for retailers in Germany. With this in mind, is it possible that Daimler has also reached out to Tesla with regards to the EQC’s use of the company’s destination chargers? Such an idea is not too farfetched.

It should be noted that Daimler was among Tesla’s major investors in the past, with the Germany-based company taking a 10% stake in the electric car maker in 2009 with a $50 million investment. Over the next years, Tesla supplied electric powertrains for Daimler’s electric Smart Cars and the electric Mercedes-Benz B-Class. Daimler would eventually pull out is stake in the company in 2014. By this time, its $50 million investment had grown to $780 million.

Signs of another possible Tesla-Daimler collaboration have been emerging recently, with Elon Musk and Daimler CEO Dieter Zetsche both mentioning references to an all-electric version of the Mercedes-Benz Sprinter van, which Tesla uses in its service fleet.