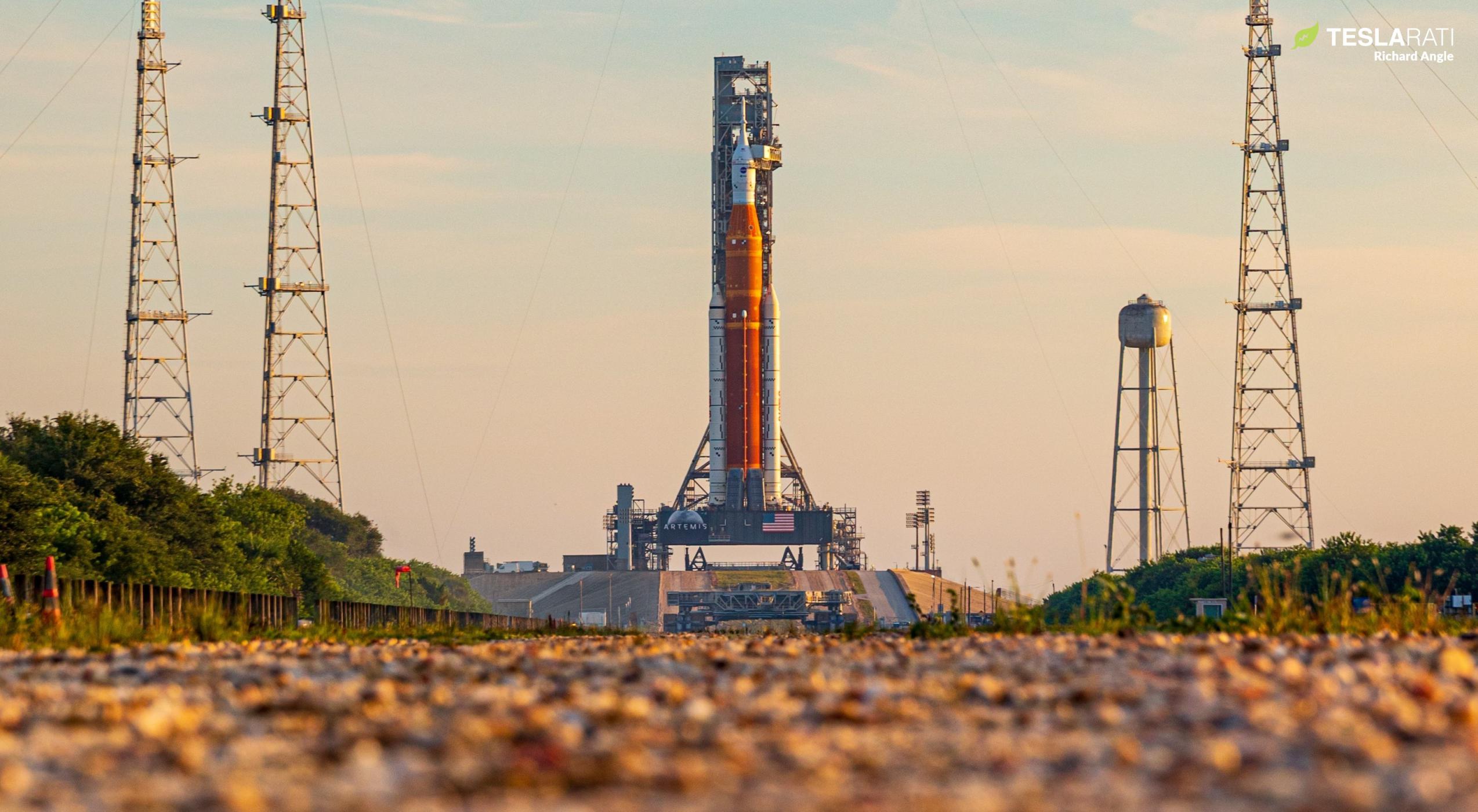 NASA to retry Artemis I Moon rocket launch on Saturday

NASA says it has alleviated issues that arose during its first Space Launch System (SLS) Moon rocket launch attempt and will try again as early as Saturday, September 3rd.

Measuring around 98 meters (~322 feet) tall and capable of launching up to 95 tons (~210,000 lb) to low Earth orbit, the SLS rocket’s first launch – Artemis I – will attempt to send NASA Orion spacecraft on its way to lunar orbit. If all goes to plan, a partial prototype of the deep space crew transport vehicle will enter orbit spend several weeks around the Moon, where it will attempt to prove that Orion is safe and ready to launch NASA astronauts.

Approximately six years behind schedule and tens of billions of dollars over budget, the combined Orion spacecraft and SLS rocket were originally expected to debut in 2016 when Congress legally required NASA to develop the combined system in 2011. It would be difficult for the stakes to be much higher.

Now, after an unsuccessful August 29th launch attempt that turned into a wet dress rehearsal test as a result of poor planning, NASA is ready to try again.

SLS is scheduled to lift off from NASA’s Kennedy Space Center (KSC) LC-39B pad no earlier than (NET) 2:17 pm EDT (18:17 UTC) on Saturday, September 3rd. Like the first, the window lasts for two hours, providing some flexibility for NASA to troubleshoot any other minor problems that might crop up during the second launch attempt.

During the first SLS launch attempt, several problems arose, including a possible crack in Core Stage foam insulation, a misbehaving vent valve, a hydrogen fuel leak, and weather concerns that delayed the start of propellant loading by more than an hour. The most important problem, causing NASA to abort its first attempt at T-40 minutes to liftoff, involved Core Stage engine chill systems.

At the time, available data suggested that one of the Core Stage’s four modified and flight-proven Space Shuttle Main Engines (known as RS-25) was unable to chill down to the temperatures required for safe ignition. In a September 1st press conference, after more analysis, NASA now says that the rocket was, in fact, correctly trickling liquid hydrogen fuel through all four engines and that all engines were likely ready to go. The agency and its contractors say they are confident that the true cause of the unfavorable readings was a faulty temperature sensor.

In an earlier press conference, senior officials noted that the Boeing-built SLS Core Stage is designed in a way that makes those faulty temperature sensors virtually inaccessible without major work – and certainly not while the rocket is still at the launch pad. A rollback to NASA’s Vehicle Assembly Building (VAB) could easily delay the next SLS launch attempt by 4-6 weeks, if not longer.

Perhaps as a result of the looming consequences of another rollback, instead of sending the rocket back to fix the newly discovered sensor issue, NASA officials now say they never actually needed the broken sensor and can get by without it working properly. That doesn’t entirely explain why NASA fully aborted an SLS launch attempt as a direct result of not liking the data produced by said sensor a few days prior. Nonetheless, the officials say that by analyzing several other unspecified telemetry readings within the RS-25s and SLS plumbing, they can effectively infer that the engines have been chilled to the right temperature.

In theory, if no other issues arise in the remaining 40 minutes leading up to launch, that should allow NASA to confidently launch SLS without having to replace components deep within the rocket.

NASA to retry Artemis I Moon rocket launch on Saturday