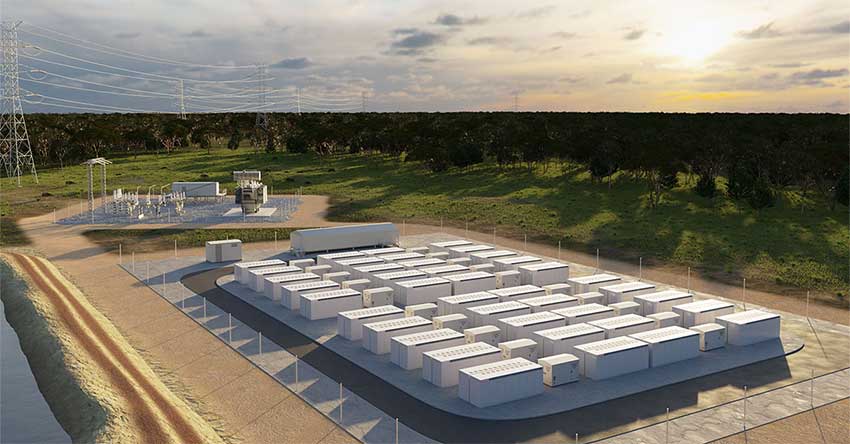 An upcoming Tesla Megapack project and a new wind farm may help Australia reduce its use of coal power.

Australia has long used coal as a power source, mainly because of its abundance. However, as the country attempts to move away from coal due to air quality and climate change concerns, it has been forced to use a combination of technologies. Most recently, a $2 billion (USD 1.34 billion) wind power project and a $150 million (USD 97.4 million) Tesla Megapack project are planned to help the country achieve renewable energy use.

The Herries Range wind power project, announced today by Acciona (a Spanish wind power company) and reported by Reuters, will be a significant step away from fossil fuel use as it will produce 1,000MW at peak and pair with a pre-existing 923MW wind power project owned by the state-controlled power company. Together, they will produce enough energy to power 1.4 million homes. The Tesla Megapack project at Kogan Creek Power Station, near the upcoming wind farm, will hold 200MWh of energy.

Australia has embraced the Tesla Megapack perhaps more than most other countries. Currently, the country operates four Megapacks, the biggest being Victoria’s 450MWh Victorian Big Battery project. However, this new Kogan Creek energy storage system isn’t the only new Megapack currently in the works. Another Tesla Megapack project is planned to enter construction in the first half of 2023 in Boldercombe, Queensland.

The State of Queensland, Australia, has set an aggressive goal for renewable power generation, targeting 70% renewables by 2032. These projects and many others will be essential to reaching the goal. These projects come at a vital time as, according to Energy Storage News, the Australian Climate Council announced last week that energy storage projects (BESS’s) aren’t being constructed fast enough to meet the 2032 timeline.

The Tesla Megapack is slowly gaining a reputation as the “coal-killer” as it has quickly been used in numerous locations around the world to reduce the need for coal “peaker plants” (facilities that can meet momentarily high electricity demand.

Australia has a long time before it can even consider ditching coal (or any other fossil fuel) entirely. However, projects like the one being constructed at Kogan Creek are essential steps to address the need for new and cleaner sources of electricity.