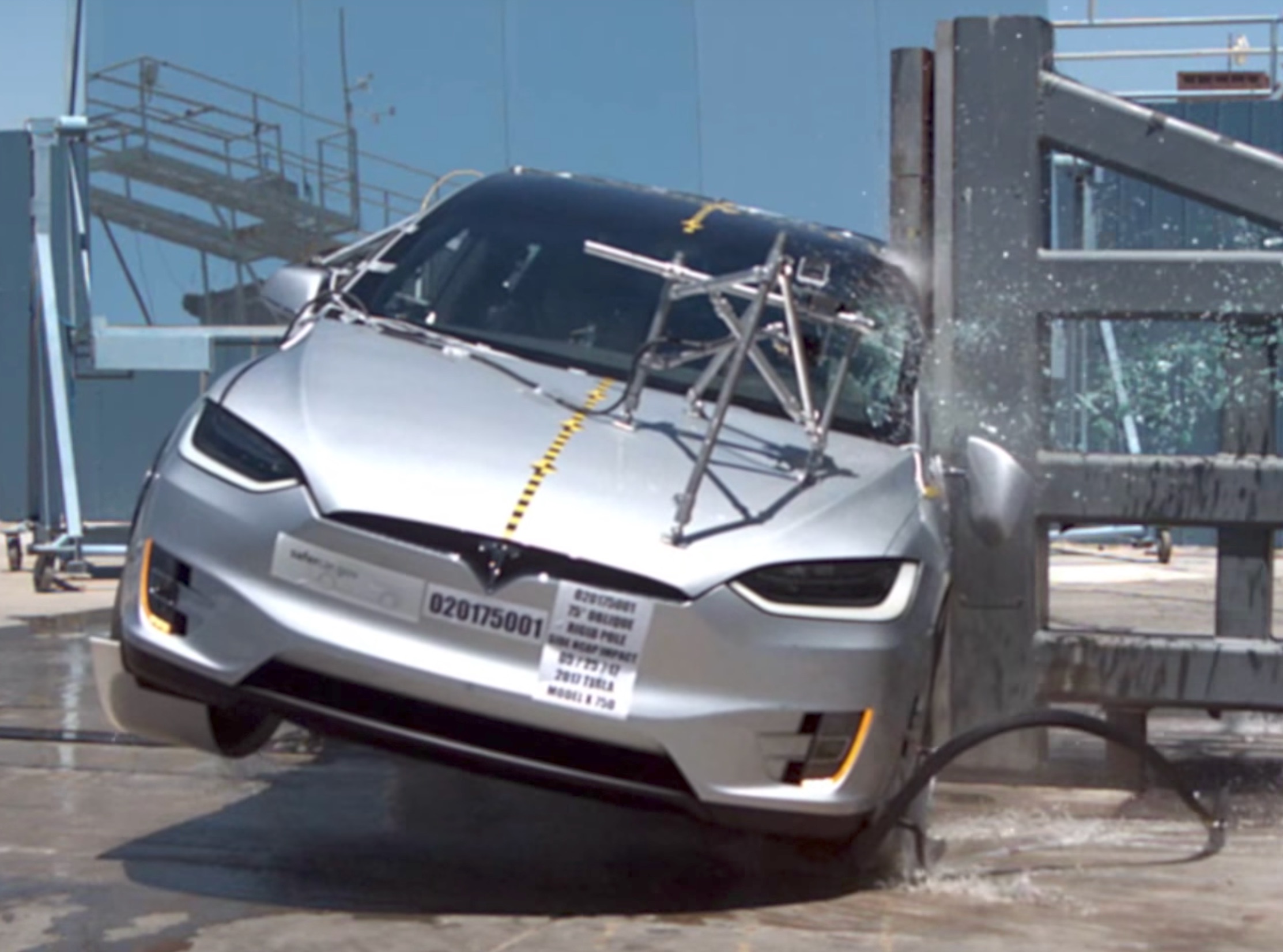 First crash test videos showing a Tesla Model X undergoing a series of violent crashes have been published by the National Highway Traffic Safety Administration (NHTSA). The crash tests consisting of a head on collision, a side crash, and one that simulates a side impact against a pole, highlights Tesla’s impressive safety-first design of the vehicle.

Like the Model S, Model X boasts spacious front and rear crumple zones that absorb crash energy and protect occupants from harm. The vehicle’s floor-mounted battery keeps the Model X’s center of gravity extremely low to the ground, making a rollover near impossible. The crash test videos also show the effectiveness of Model X’s twelve airbags that are designed to cocoon occupants in the event of a collision.

Tesla’s Model X has yet to receive an official New Car Assessment Program (NCAP) rating by the NHTSA, but certainly has a reputation to maintain after the Model S took top honors from both the US NCAP and the Euro NCAP crash test programs. In fact, the Tesla Model S was so good at protecting its occupants that it actually broke the crash testing equipment being used.

The NCAP rating was instituted by the NHTSA to encourage manufacturers to build safer vehicles by instituting a 5-Star Safety Ratings program. According to the NHTSA, “the 5-Star Safety Ratings program evaluates how vehicles perform in crash tests. NHTSA conducts frontal, side and rollover tests because these types account for the majority of crashes on America’s roadways.”

When Tesla CEO Elon Musk first debuted the Model X in 2015, he called it “the safest SUV on the planet” and said he expected US regulators to award the heavyweight electric crossover SUV with the highest five-star rating in every safety category.

Though the NHTSA has yet to reveal the official crash safety ratings for the Model X, one look at the painful-to-watch crash test videos and it becomes obvious why families entrust their lives to a Tesla.