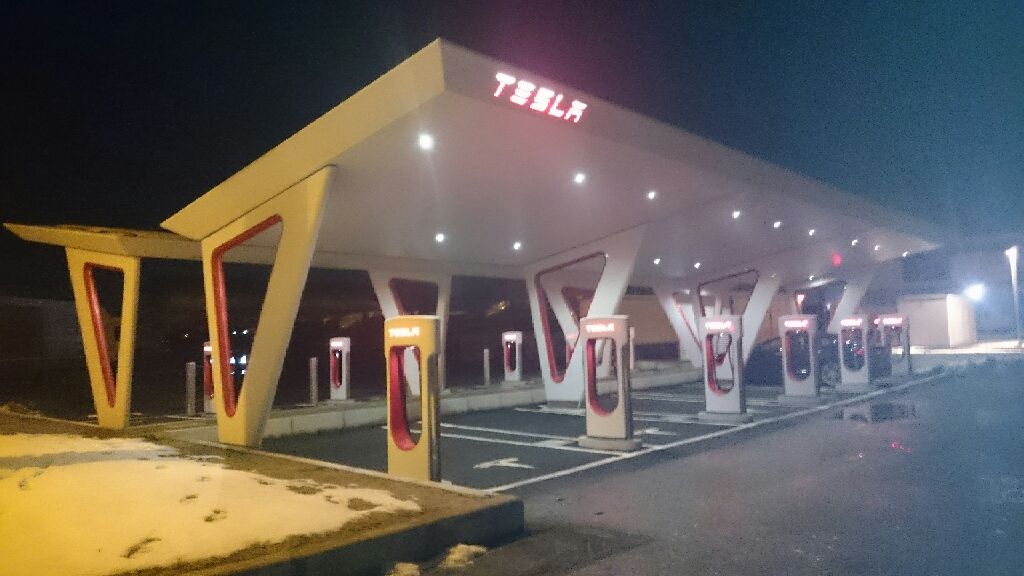 In this week’s episode of Talking Tesla, the guys take a hypothetical look at what size of solar array would be needed to charge 50% of the occupants that visit a Tesla Supercharger. The assumption is that a busy Supercharger will charge two vehicles every one hour for 24 hrs a day. A video of the calculation is provided in the bullets below the podcast.

“Episode 25 deals with new levels of nonsense. Both Mel and Tom receive their invites to enter the draw for the Model 3 event. Tom’s wife finds that she is experiencing some less than reliable range data with their new Tesla S. Mel suggests that Teslas learn the way you drive and become incredibly accurate. They revisit the autonomous vehicle safety discussion. Many Vegas strip hotels are opening up solar installations and converting to LEDs. In turn,the public utility commission (PUC) of Nevada is demanding resorts pay tens of millions of dollars to leave NV Energy’s services – for them to get off the grid. Tom and Mel discuss this and oh so much more, including the Google AI that beat the human champion of complex board game, ‘Go’, and they discuss Singapore and the potentially incorrect math on their Model S CO2 emissions test. And Mel’s Model X is being built!”

Catch all episodes of Talking Tesla at TalkingTesla.net or on iTunes.

Topics mentioned in this week’s podcast: