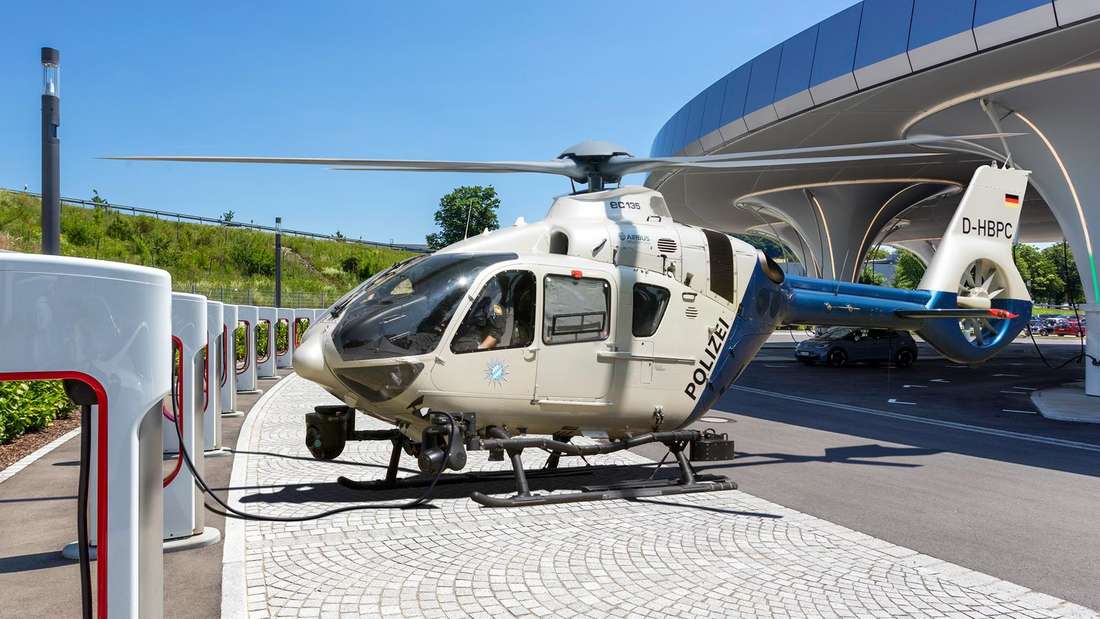 Police in Germany photoshop a helicopter at a Tesla Supercharger to send a message.

Have you ever seen a helicopter charging at a Tesla Supercharger? Probably not. Although Tesla is allowing non-Tesla EVs to charge at some of its charging networks in Europe, this particular photo is a photoshopped image. It was created for a higher purpose.

It’s not every day you see a police helicopter charging at a Tesla Supercharger and in this case, this photoshopped image was done for a reason. The Schwaben North Police Department, located in Augsburg, Germany, shared the tweet below with a message about parking in designated parking spaces.

Many EV owners have gone to a charging station only to find a non-EV blocking them from charging their vehicles. This is called ICE-ing. ICE is an acronym for the internal combustion engine and ICE-ing is an all too common occurrence.

In some countries, it’s so bad that the police are getting involved.  The Schwaben North Police took a day of action against blocking charging stations and used Photoshop to make their point so as not to actually prevent Tesla owners from charging.

According to TeslaMag, Reiner Berndt, a press spokesman for the department said that the Bavarian police organized a day of action against ICE-ing Tesla Superchargers. It took place on Tuesday and Reiner Berndt.

One of Berndt’s colleagues said that photoshop was a montage for the Bavarian day of action. The goal of the photo was to emphasize that designated charging stations should only be used for those purposes.

The Schwaben North Police Department is located in Augsburg and is the police headquarters of the Bavarian Police which is responsible for the City of Augsburg and surrounding districts.

Police in Germany photoshop a helicopter at a Tesla Supercharger to send a message.