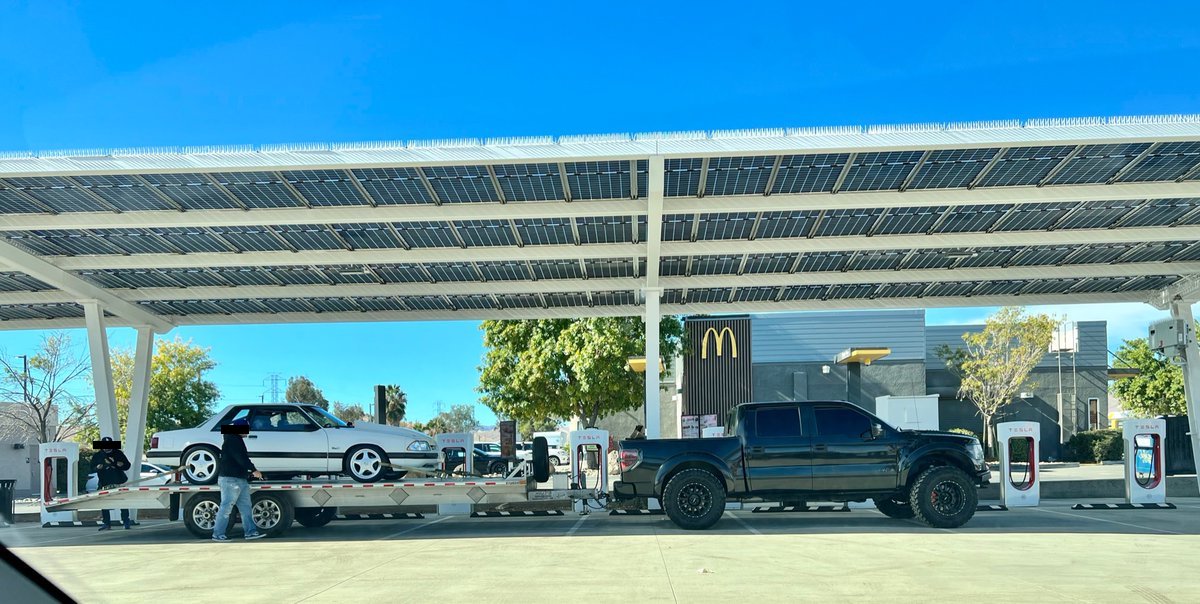 Mainstream electric vehicles have been around for some time, and they are only getting more and more ubiquitous. Yet despite this, incidents of non-electric cars — whether unintentionally or intentionally — blocking EV charging stations (a practice known as ICE-ing) still happen on a relatively regular basis. This is especially true for Tesla Superchargers. Being one of the United States’ most recognizable and expansive rapid charging networks, Tesla’s Superchargers encounter ICE-ing incidents from time to time.

One such incident was shared online by longtime electric vehicle advocate and Tesla owner @phibetakitten, who was in the Firebaugh Supercharger when she encountered what could very well be a record ICE-ing attempt from a non-EV driver. Typically, those who engage in the practice of ICE-ing tend to block one charging stall — or two to three if the driver’s parking skills are not that good. Yet as could be seen in the Tesla owner’s photo, the ICE-er at the Firebaugh Supercharger successfully blocked seven Supercharger stalls in one go.

This was because apart from having a large Ford pickup truck, the ICE-ers were also towing a classic Mustang in a trailer, which they parked across several Supercharger stalls as well. In her tweet, the electric vehicle advocate observed that the pickup truck driver and his peers ICE-ed the Supercharger stalls while they went to have a bite at a nearby Mcdonald’s. The Tesla owner noted that she didn’t ask the ICE-ers to move, as she was not that keen on calling out three large men.

Granted, the Supercharger stalls were free when the pickup truck driver and his peers decided to block the seven stalls, and the Firebaugh site features numerous chargers, most of which were empty at the time. However, EV charging stalls should be treated similarly to handicapped parking spots since they are specifically reserved for electric vehicles. It should also be noted that there seems to be a pretty substantial open space just one row over that the pickup truck driver could have parked at instead. That spot was actually closer to the McDonalds, and it doesn’t have Tesla Superchargers at all.

ICE-ing electric vehicle charging stalls is the equivalent of blocking a gas pump. Everyone pretty much agrees that such behaviors are not to be tolerated at all. Fortunately, the number of Tesla Superchargers and other EV charging stations are only bound to get even more expansive in the near future.

This means that pretty soon, ICE-ing incidents might no longer be something that could really adversely affect an electric vehicle owner’s experience. Pretty soon, ICE-ing may simply be just something annoying that EV owners do not even have to think about. This may very well be the scenario in the coming years, especially as electric vehicles become more mainstream and ICE vehicles become rarer.