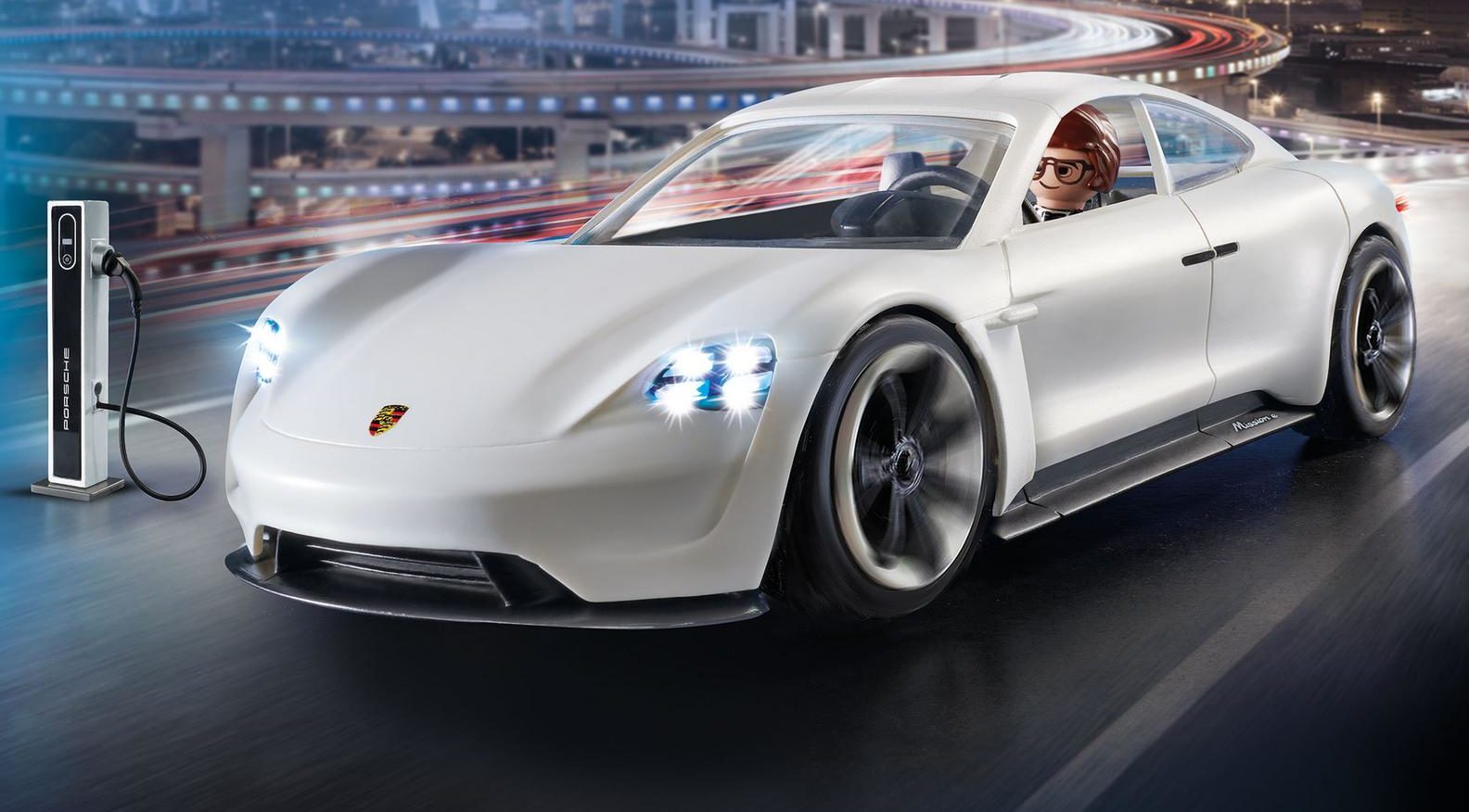 Porsche Taycan fans can get a mini version through toymaker Playmobil

While Porsche is yet to reveal the production version of the Taycan, fans of the upcoming all-electric sedan could pick up a cool miniature version of the vehicle online, thanks to German toymaker Playmobil. Available in August, the remote control toy Taycan costs $59.99 in Playmobil’s official webstore.

The Porsche Taycan’s toy version, which could be accessed here, appears to be a merch tie-in with the upcoming feature film Playmobil: The Movie, which is set to be released in the Summer of 2019. As noted in the item’s product page and as seen in the film’s trailer, the Taycan would be utilized as the vehicle of choice for one of the movie’s characters  — Rex Dasher, a secret agent voiced by Daniel Radcliffe of Harry Potter fame.

While the Porsche Taycan toy is yet to be available on Playmobil’s website, the presence of the car in the upcoming movie’s tie-in merchandise does hint at the German carmaker’s continued efforts to generate excitement around the vehicle. Porsche has noted that the Taycan would be among the most important cars it has ever created, and it shows in the way the company promotes the high-performance sedan.

Since last year, Porsche has been steadily ramping the promotion of the Taycan. Among these included test drive videos featuring professional driver Mark Webber and Maroon 5 frontman Adam Levine, as well as a collaboration with drone-maker DJI. More recently, Porsche also featured rally legend Walter Röhrl, who praised the Taycan’s performance and capabilities after a test drive in one of the vehicles’ test mules.

As Porsche approaches the Taycan’s release later this year, details of the vehicle have begun to trickle down. In a recent press release, for example, the company outlined its plans for the electric car’s charging infrastructure in the US. As noted in the announcement, Porsche would be partnering with Electrify America to enable coast-to-coast travel for the Taycan. Porsche dealers would be installing high-powered chargers in their outlets, and home charging solutions would be offered to customers as well.

Watch the Porsche Taycan make a cameo in the Playmobil: The Movie trailer in the video below.

Porsche Taycan fans can get a mini version through toymaker Playmobil