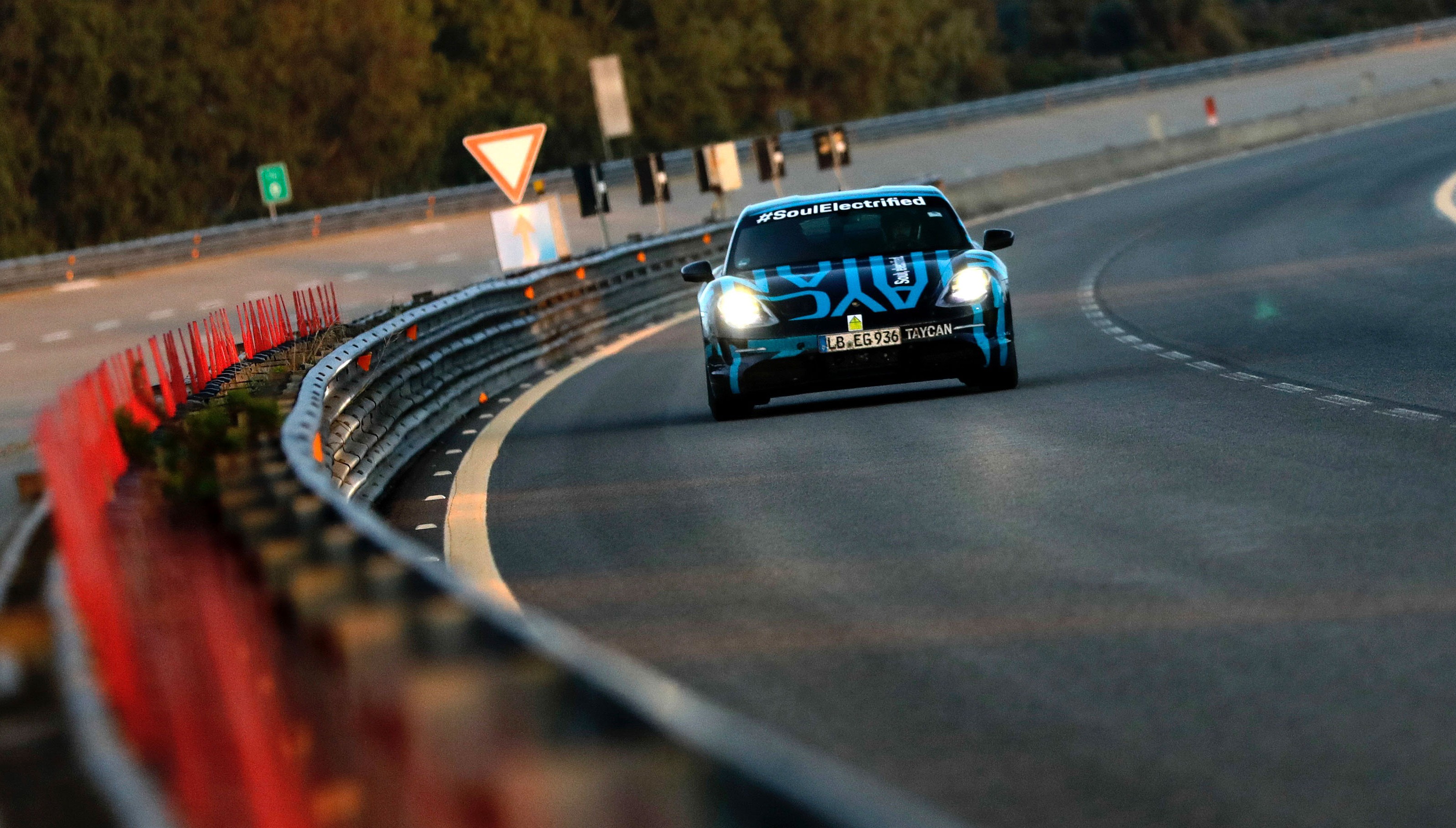 With the Porsche Taycan set for its official unveiling within the next few weeks, the German carmaker has started releasing details about its upcoming all-electric sports car in a steady stream. Following an impressive demonstration that showed the repeatability of the Taycan’s performance, Porsche has come back with yet another exhibition of the four-door’s endurance.

In a recent press release, Porsche announced that the Taycan had completed a 24-hour high-speed run at a 12.6-km Southern Italian test track. The Taycan maintained speeds between 195-215 kph (121-133 mph) over the course of the extended test, allowing the all-electric sports car to cover a distance of 3,425 km (2,128 miles). The German carmaker further noted that the Taycan performed the test with peak temperatures of 42 degrees Celsius and a track temperature of up to 54 degrees Celsius.

Porsche did not specify which trim of the electric sedan that was utilized for the test, though a listed 0-60 mph time of 3.5 seconds suggests that the vehicle was a Taycan Turbo. Six drivers were also used for the test, and the vehicle only stopped whenever it needed a recharge. A fast charger was utilized for the demonstration, though the carmaker did not specify if the Taycan was charging at its originally intended 350 kW for the test, or if it was replenishing its batteries at 250 kW, an adjusted figure that was more recently announced.

Apart from the Taycan’s 24-hour endurance test, Porsche also provided what could very well be the first teaser of the production Taycan’s interior. The image only showed a glimpse of the upcoming vehicle’s dashboard, though one could already see that it was inspired by the dash of the Mission E sedan prototype. Quite interestingly, an analog gauge appears to be set in the Taycan’s dashboard, giving a notably traditional accent to an otherwise futuristic vehicle.

Porsche has also provided some new details about the Taycan’s entertainment system, with the German automaker stating that the vehicle will be integrated with Apple Music. With every Taycan purchase, customers will receive three years of free data together with a free six-month subscription to Apple Music. For existing Apple Music subscribers, Porsche will be offering a free three-month subscription for the vehicle.

This will likely give the Taycan an additional selling point, considering that Apple Music is steadily becoming more popular. In comparison, the Google-powered Polestar 2 is expected to be equipped with Google Play Music, Tesla’s electric cars in the US are equipped with Slacker, and Teslas in territories such as the UK have built-in Spotify access. Recent tweets from CEO Elon Musk have suggested that Spotify will be coming soon to US-based Teslas as well.

Porsche will be unveiling the Taycan simultaneously in three locations: Canada, Germany, and China in early September. The vehicle’s launch will begin on September 4, 2019, at 9 a.m. EST.