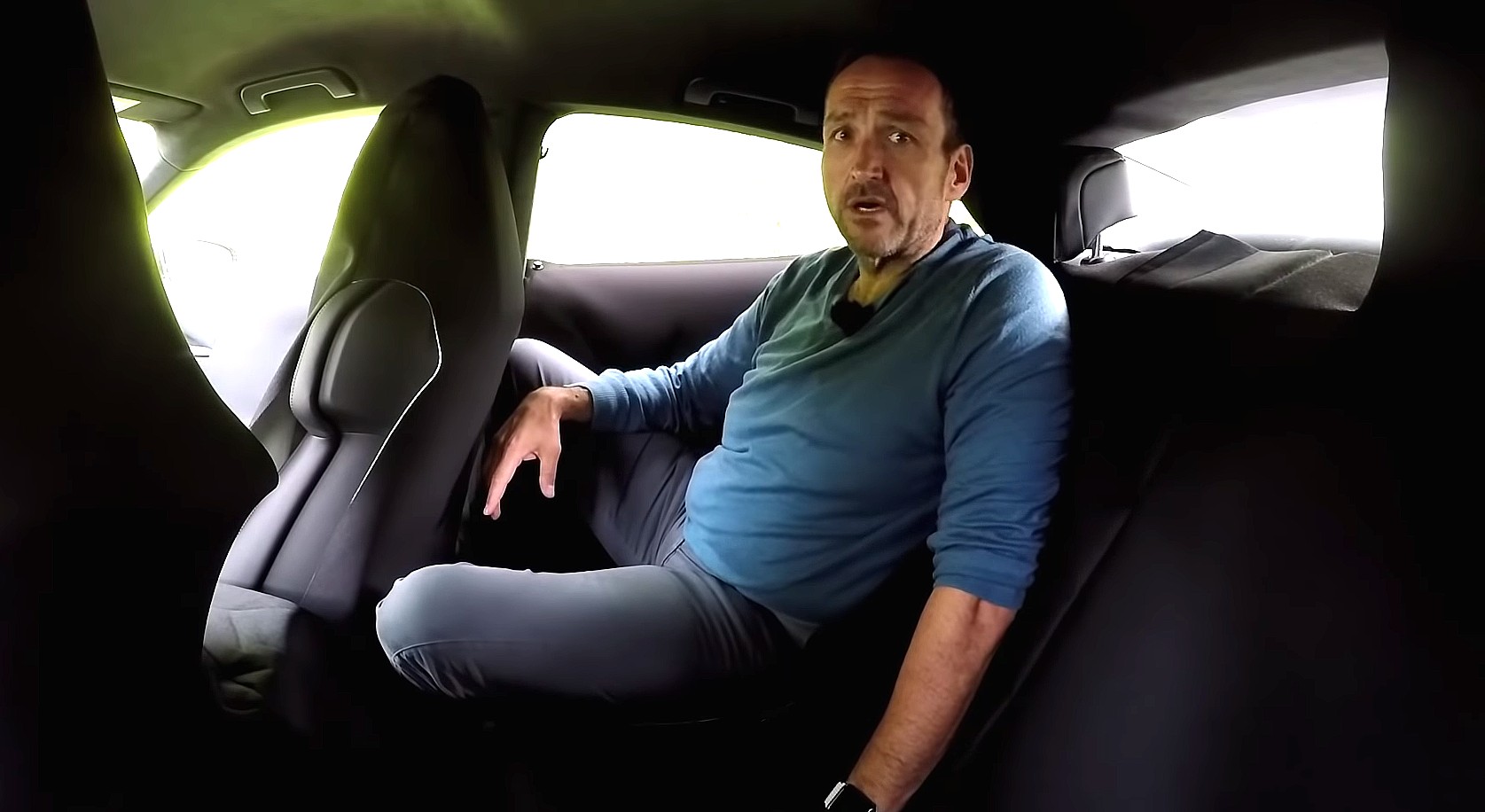 A walkthrough video featuring one of Porsche’s Taycan prototypes has provided an idea about the interior space of the German automaker’s highly-anticipated all-electric sedan. While still camouflaged, it was quite evident that in terms of interior space, the Taycan appears to be closer to the Tesla Model 3 than the Model S.

Auto YouTuber and Porsche enthusiast ThomasGeigerCar was able to get a close look at a camouflaged Taycan prototype. Similar to other reviewers who have interacted with the vehicle, Thomas was impressed with the Taycan’s driving capabilities, which is specifically being designed by the company to be just as compelling as their other iconic creations like the legendary 911. The reviewer also added that in terms of size, the Taycan is expected to be a bit smaller than the Panamera, Porsche’s premier four-seater.

A good part of the review involved a look at the interior space of the upcoming all-electric vehicle. Based on footage taken inside the Taycan’s camouflaged interior, it seems like there is ample space for passengers in front, though similar to other vehicles in the company’s lineup, seating appears to be quite low. The back seats of the Taycan appear to be another story, as they seem to be quite cramped. Headroom at the back seats seems adequate at best as well.

It should be noted that the Taycan prototype that was featured in the review is a camouflaged unit, which means that several aspects of the vehicle could still change in its production version. The roof of the production Taycan would likely not be as simple as the prototype’s, for example, and this could result in improvements for the rear seats’ headroom. Nevertheless, it is still evident that the overall space at the Taycan prototype’s rear seems notably smaller than that of the Tesla Model S, a vehicle that is being considered as its main competition.

The Porsche Taycan has spent several years in development, and during that time, it has been framed as a vehicle that can challenge the Model S, which has been making waves in the large premium sedan market. Considering that Porsche already has the Panamera, it is understandable that the company is making the Taycan more compact than its own large four-seater. Unfortunately, this strategy would likely make the Taycan’s interior space closer to the Tesla Model 3, which is more affordable.

Yet, despite the Taycan’s rear not being as spacious as the Tesla Model S, the vehicle would likely play a big role in the electrification of Porsche’s lineup of vehicles. The automaker, after all, is not a mass-market brand, which means that the Taycan, instead of attracting customers away from a Model S or Model 3, will likely attract potential car buyers from the internal combustion engine. And for a company like Porsche which has already sworn off diesel, the Taycan’s characteristics, from its driving dynamics to its interior, could very well be part of a long-term plan.

Watch ThomasGeigerCar‘s review of the Porsche Taycan’s interior in the video below.