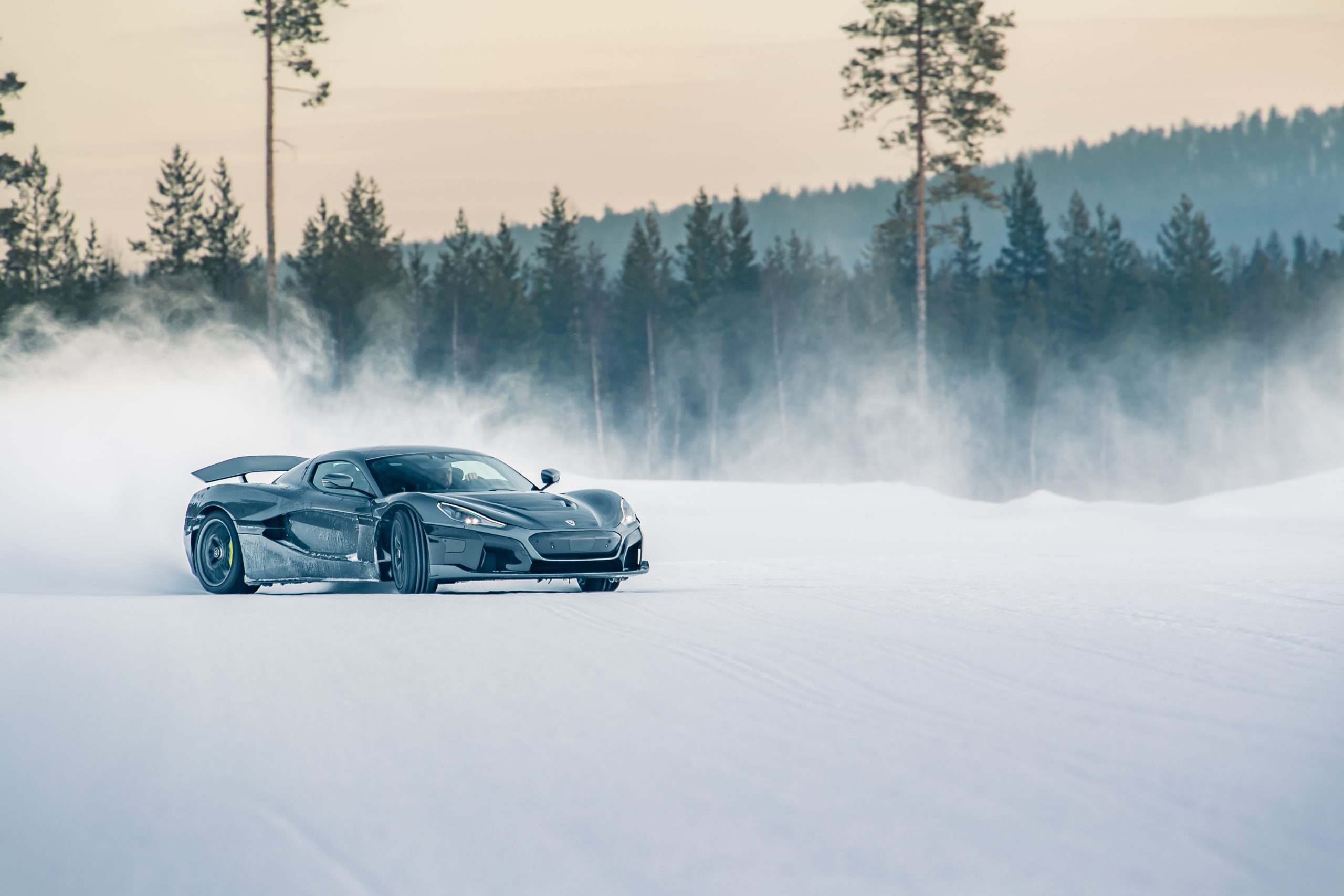 The Rimac Nevera all-electric hypercar has four motors, a 120-kilowatt-hour battery, and a $2.1 million price tag. New certifications of the vehicle from the Environmental Protection Agency and California Air Resource Board now give the Nevera a new metric: range, and it sits at 287.28 miles per charge, according to the documents.

Rimac’s humble beginnings as a Croatian carmaker have shifted substantially since the company was somewhat of a hobby for founder Mate Rimac. Now, Rimac has completely transitioned to a full-fledged operation, developing some of the fastest and most advanced all-electric hypercars on the planet. Rimac’s early successes have launched collaboration projects with VW’s Porsche and Bugatti.

But Rimac has been working on its own projects too, like the Concept One and the Nevera, which will be the company’s first attempt at a new design that features more power upgrades due to improvements in the electric motor systems. Rimac estimates its Nevera hypercar can reach 258 miles per hour.

Early range estimates from the WLTP have found the Rimac Nevera capable of a much more forgiving 342 miles of range per charge, but these ratings are generally not as close to realistic as the EPA range ratings for other vehicles that have been released in the past. According to the EPA and CARB documents, first seen by AutoBlog, the Nevera will have 287.28 miles of range at a full charge.

Of course, customers who will end up buying the Nevera will not be super worried about a high-range EV. If they wanted that, they’d stick with the Lucid Air, which, amongst its configurations, has the most range over the Tesla Model S Long Range, which was the first EV to receive an over 400-mile range rating from the EPA. Rimac customers want speed and performance, and they’ll get it. The 258 MPH top speed is complemented with 1,914 horsepower and 1,741 pound-feet of torque.

Rimac will also feature several other tech features in the Nevera that truly set it apart from other vehicles. Not only will the car have a fully independent torque vectoring system for handling, but it will also have a facial recognition feature that will allow only the owner of the car to start the vehicle. Additionally, the vehicle will adjust its performance settings to match the mood of the driver, and will have Level 4 autonomy capabilities, Mate Rimac estimates.

As previously mentioned, the Nevera will cost somewhere around $2.1 million. The Nevera Production Car #002 is currently undergoing pre-delivery testing in Croatia.