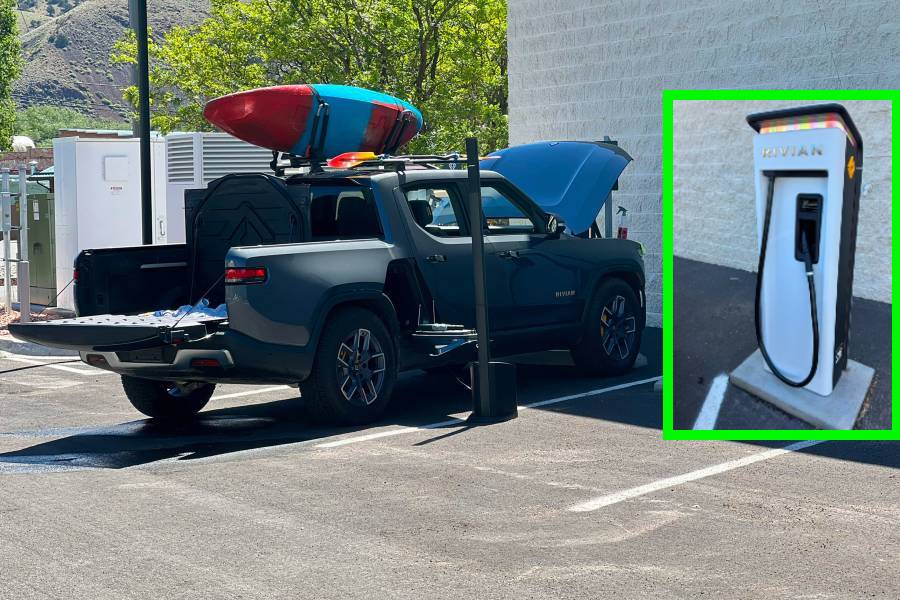 The Rivian Adventure Network (RAN) launched its first fast chargers in Colorado and the company plans to open sites in California next.

The EV automaker plans to open three fast charging sites this week. Customers are just starting to share their experiences with the first Rivian Adventure Network site in Colorado.

Kyle Conner is one of the first customers to try the Rivian Adventure Network’s fast chargers. Conner visited the RAN site in Salida, Colorado, which opened to the public on Monday, June 27. He shared some details about Rivian’s DC Fast Charging network, noting that there were three dispensers per cabinet with an output of about ~300kW and the chargers had full 500A CCS capability.

According to Rivian, the first RAN sites are equipped with Level 3 DC fast chargers that initially provide over 200kW of power. Rivian drivers can get up to 140 miles of additional range at the new RAN sites after charging for 20 minutes.

Rivian plans to open sites in California, specifically in Inyokern and Bishop, on June 28 and June 29. The company’s California sites will cater to Rivian adventurers who plan to visit nearby areas like Yosemite National Park, Sequoia National Forest, Mammoth Lakes, and Death Valley National Park.

“We designed Rivian charging to support electrified adventure, and these first sites demonstrate how we’re enabling drivers to responsibly reach some of the nation’s most breathtaking natural spaces,” said Trent Warnke, Rivian’s Senior Director of Energy and Charging Solutions. “In addition to scenic or off-the-beaten-path destinations, our fast charging rollout is designed to ensure travelers have places to charge along major transportation corridors coast to coast.”

Rivian plans to open more RAN sites in the future. Its initial goal is to install 3,500 fast chargers at 600 sites across North America.

Watch Kyle Conner’s visit to the Rivian Adventure Network site in Colorado below!