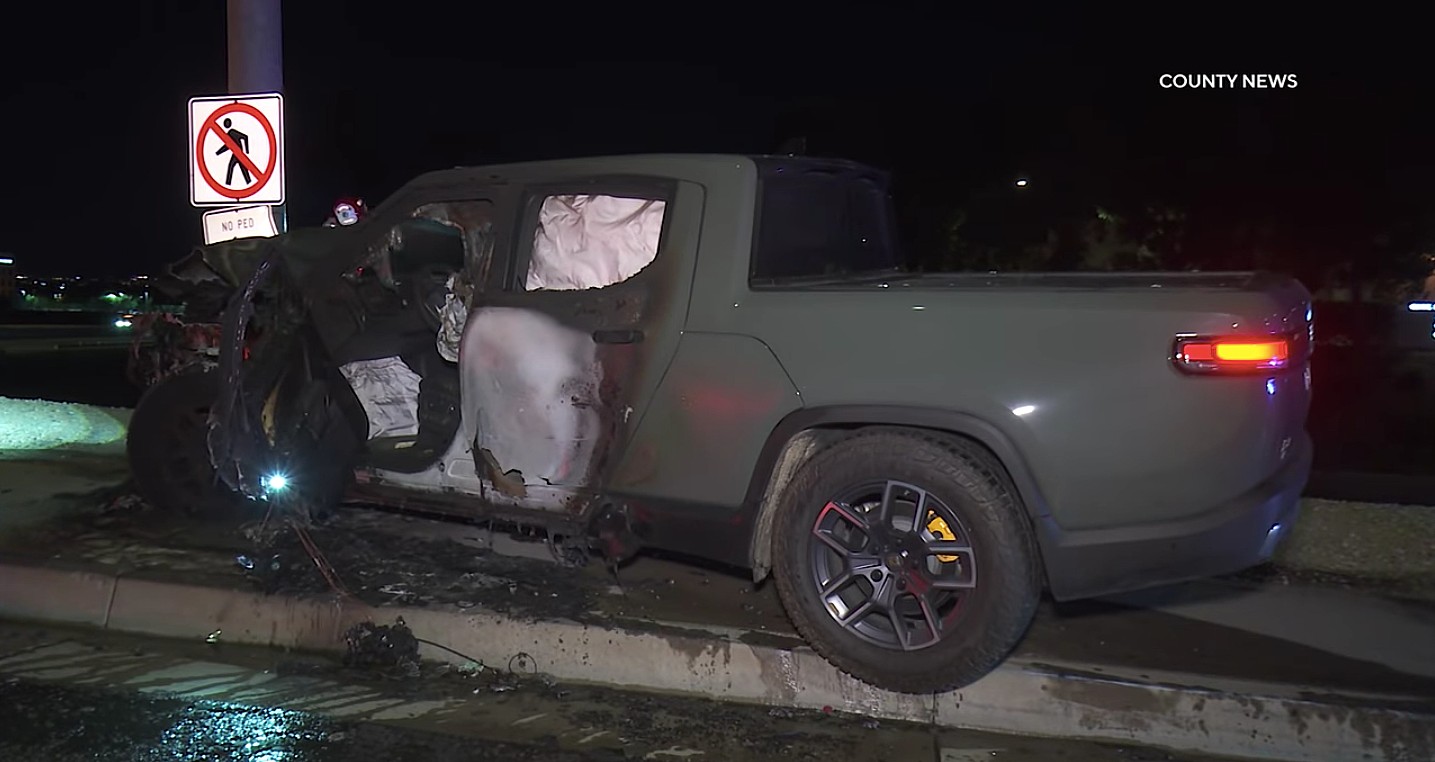 The Rivian R1T may not have received its official safety ratings from agencies like the NHTSA yet, but a recent crash in California suggests that the all-electric truck is quite a safe vehicle.

As mentioned by Country News TV in a YouTube video, a Rivian R1T crashed into a pole in Irvine, California on Wednesday, February 9, 2022. The incident was reported on Sand Canyon Avenue at the end of the southbound I-405 Freeway off-ramp around 9:45 p.m. Upon arriving at the scene, authorities located a Rivian R1T that had collided with a traffic pole.

A fire ensued due to the crash, though it was quickly extinguished. This suggested that the all-electric pickup truck’s battery pack was intact despite the accident. The collision seemed serious as well, with the vehicle’s front being completely totaled. A California Highway Patrol incident log revealed that at least one caller had stated that the R1T was spotted exiting the freeway at high speeds when it lost control and smashed into the pole.

While the vehicle appeared to be a total loss, the Rivian R1T’s driver seemed completely unharmed. The all-electric pickup truck’s driver even reportedly declined medical treatment at the scene. A look at the aftermath of the accident suggests that the R1T deployed its airbags fully when it crashed into the pole. The R1T’s A-pillar seemed to have held up pretty well during the crash, and interestingly enough, the vehicle’s built-in flashlight on its door was still working.

It may still be a while before official crash tests of the Rivian R1T and R1S are done by an agency like the NHTSA. However, the company has posted videos in the past of the all-electric pickup truck undergoing what appeared to be independent crash tests. Rivian’s video was brief, though it showed the R1T being subjected to a head-on, small overlap, and side-impact collision. The results, at least based on the company’s video, seemed pretty positive, with the R1T’s crumple zones working really well to absorb impacts.

Watch a news segment about the Rivian R1T’s recent crash in the video below.