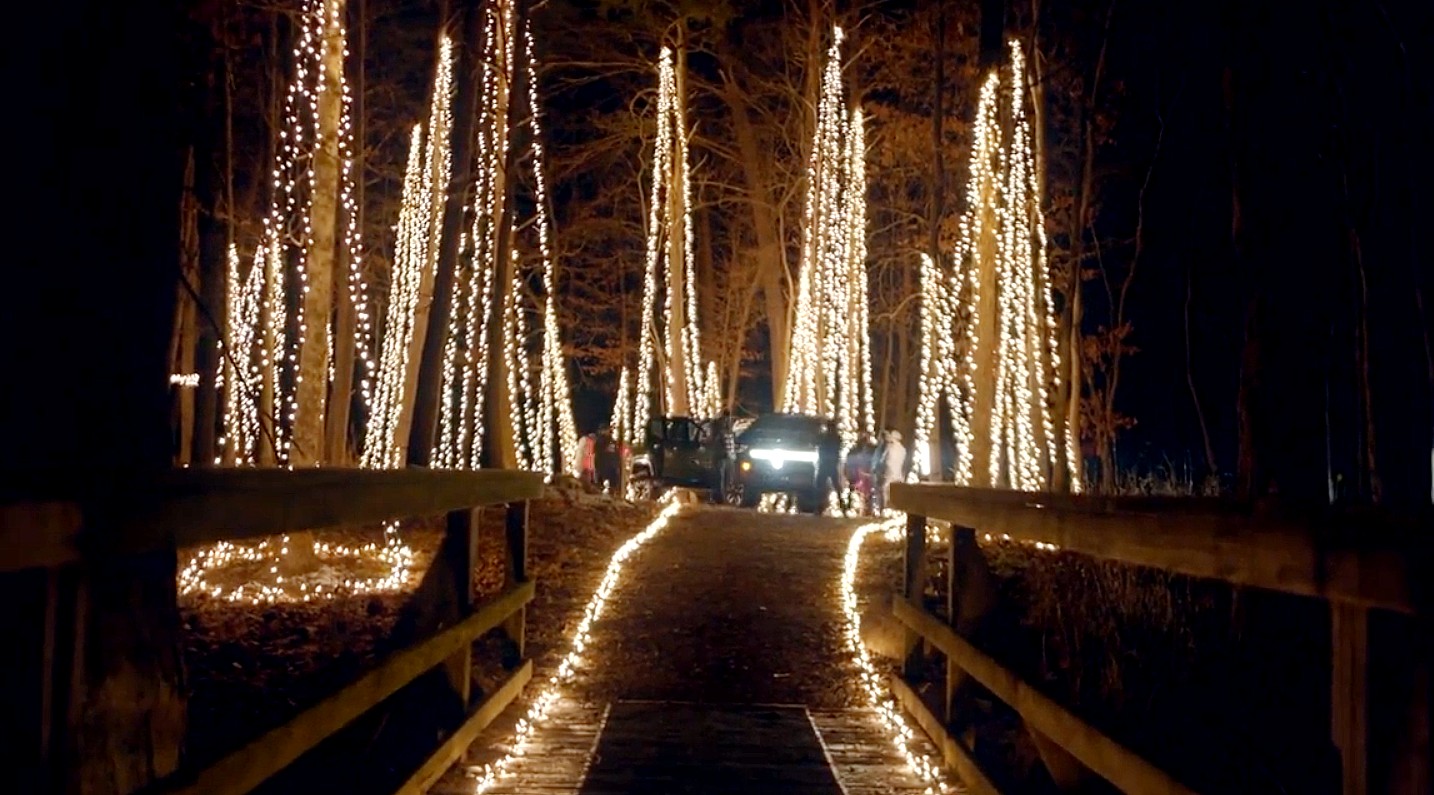 Rivian R1T lights up the night for some outdoor holiday fun

“Underneath 20,000 lights in the middle of the woods—all powered by a single outlet in the R1T—we invited our families in Normal out to see what we’ve been building. Special thanks to our hosts at Timber Pointe Outdoor Center. Happy holidays everyone,” tweet Rivian about the event.

Rivian’s special holiday surprise for the families in Normal was simple, but it showed the potential for the R1T pickup truck. Based on the reactions from the video, the families that attended the event were intrigued by the Rivian R1T. Some of them might have also wondered what else the R1T could do for someone who loves being outdoors.

Rivian officially launched the Design Studio for its vehicles in November and the R1T and R1S Launch Edition sold out within a couple days. The EV automaker’s Launch Edition vehicles will be released next year. Rivian also confirmed that it plans to begin sales in Europe by 2022.

Rivian offers two packages to preorder holders, called the Adventure Package and Explore Package. The company has also stated that its early production vehicles will be equipped with its 300+ mile battery pack. Vehicles with the  230+ mile and 400+ mile battery pack will be produced at a later date. Rivian did announce that the 400+ mile variant of the R1T would be available by early January 2022.

Rivian R1T lights up the night for some outdoor holiday fun