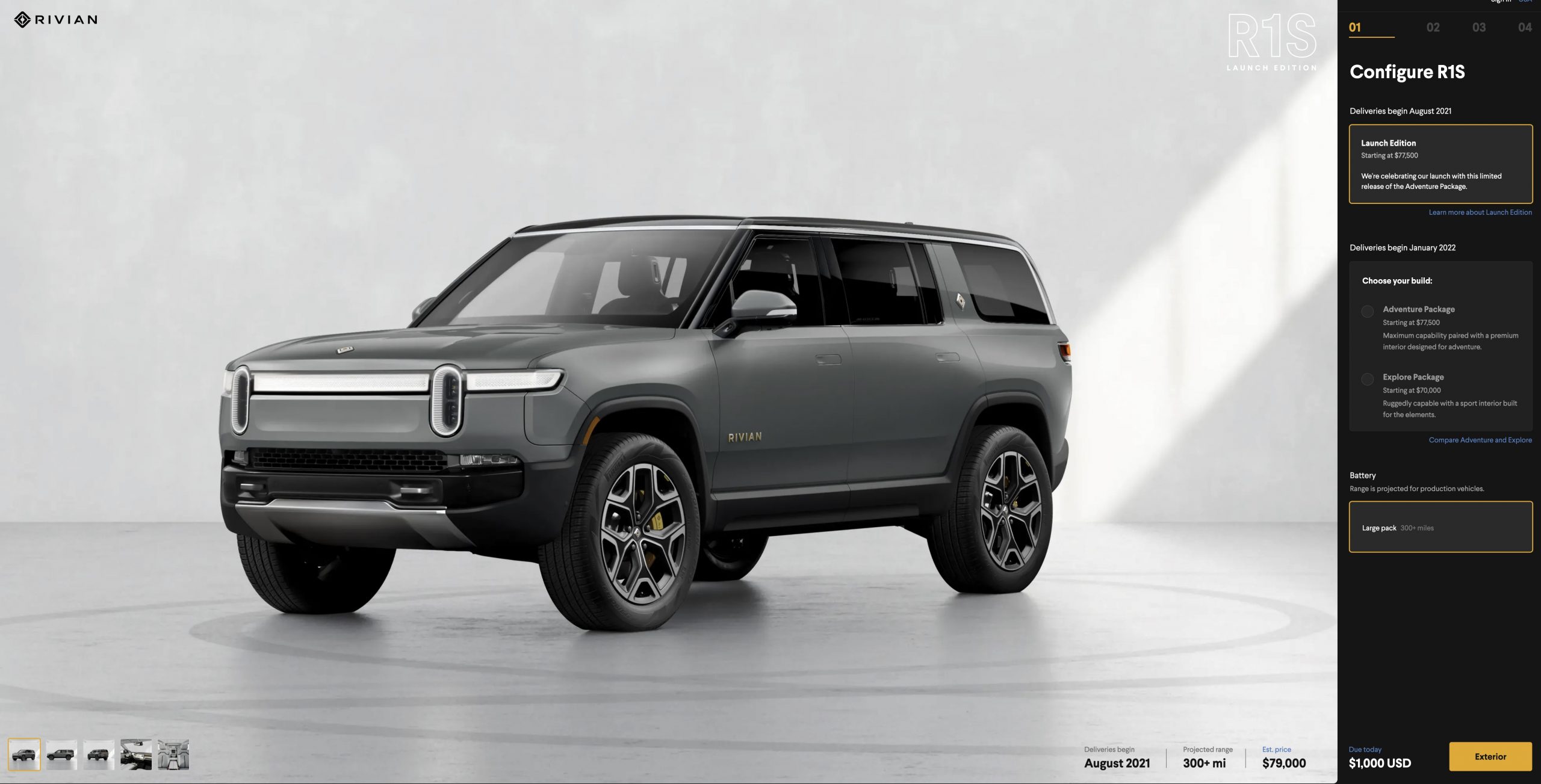 Rivian announced that the R1T and R1S Launch Edition are officially sold out. The EV automaker revealed the final price, release dates, and other details of its R1T pickup truck and R1S SUV about two weeks ago. Back then, it encouraged preorder holders to reserve their Launch Edition vehicle as early as possible because of their limited supply.

Rivian gave preorder holders early access to its configurator on November 16. The company gave them ample time to order the R1T and R1S limited Launch Edition. Now, merely two days before the general public gains access to Rivian’s configurator, Launch Edition stocks appear to be out.

Rivian stated that it would kick off its vehicles’ launch with the company’s 300+ mile pack, which would probably be powered by the company’s 135kWh battery. Launch Edition vehicles will be equipped with its mid-range pack and Adventure Package which features premium interior and tech.

Based on Teslarati’s first look at Rivian’s configurator, the Launch Edition vehicles only come with a 300+ mile pack. In 2018, the company stated it would release three battery options for its vehicles. Besides a 135kWh battery, Rivian also talked about a 105 kWh pack capable of 230+ miles of range and a 180kWh pack offering 400+ miles of range.

It seems Rivian has decided to focus on producing vehicles equipped with 135kWh battery packs for now. However, its configurator already gives preorder holders the option to reserve the R1T EV pickup truck with the 180kWh battery offering 400+ miles of range for an additional $10,000. The R1T equipped with Rivian’s 180kWh battery pack seems to be available for those opting to purchase the Adventure Package or Explore Package.