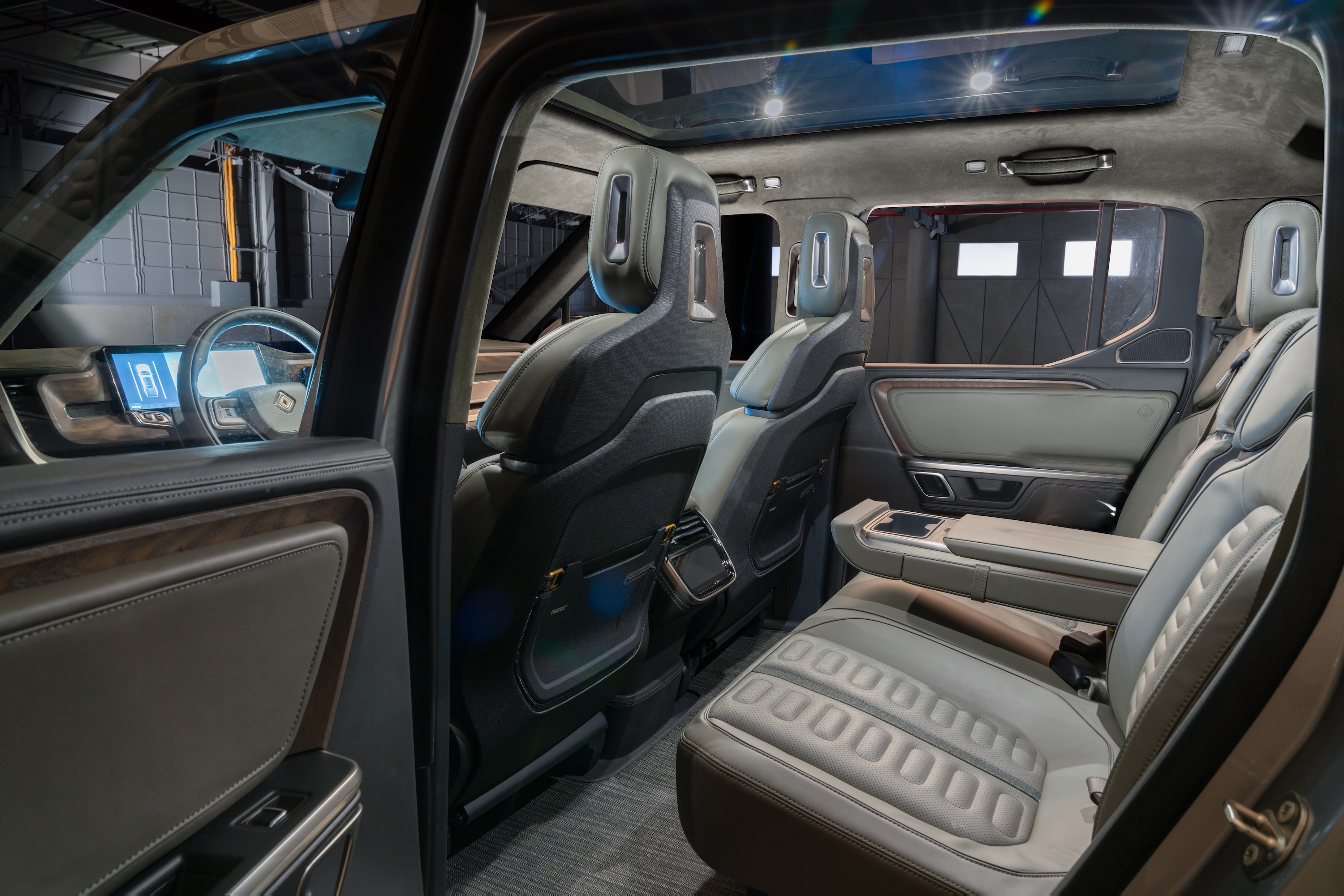 The Rivian R1T all-electric pickup truck has a seating capacity of 5. (Photo: Rivian)

Rivian has traveled to various locations across the United States promoting its upcoming all-electric R1T truck and R1S SUV, and both demo vehicles are notably outfitted with electrochromic glass roofs. The startup has now revealed that other roof options will be available sometime after the vehicles enter production.

“We will offer multiple roof styles including electrochromic glass (which turns from opaque to transparent on demand), a fixed glass panel, a two-piece removable composite roof and a standard fixed roof,” the company’s official Twitter account revealed in response to a question from a reservation holder.

The electrochromic roofs on the current demo R1T and R1S are controlled from the main infotainment screen, as has been shown by Rivian team members during trade and auto show appearances. Control of the opacity looks to be a high-tech way to enhance cabin comfort in the vehicles, although the fixed glass panel will likely be just as acceptable as an alternative. After all, Tesla Model 3 has a standard tinted glass roof with ultraviolet and infrared protection.

Rivian has revealed a few other options that will be available on its vehicles such as interior color choices. Three have been mentioned: Forest Edge (the green inside the demo R1T), Lunar Rock (the grey inside the demo R1S), and black. Additional premium options will be offered for interior fabrics which are already a blend of traditional materials and the types of fabrics you’d find in durable outerwear.

Similar to Tesla, choices in battery packs will eventually be offered for Rivian’s lineup as well. A 180 kWh battery “megapack” with a 400+ mile range, a 135 kWh pack with a 300 mile range, and a 105 kWh pack with a 230 mile range are the power pack sizes discussed so far. The 135 kWh battery pack vehicles are also the versions that will do 0-60 mph in 3 seconds, although all versions of Rivian’s lineup are speed limited to 125 mph.

Per the usual strategy of new EV manufacturers, Rivian’s most premium offerings are predicted to be made available before more affordable variations. Of course, “affordable” will be relative to the luxury nature of Rivian’s electric adventure