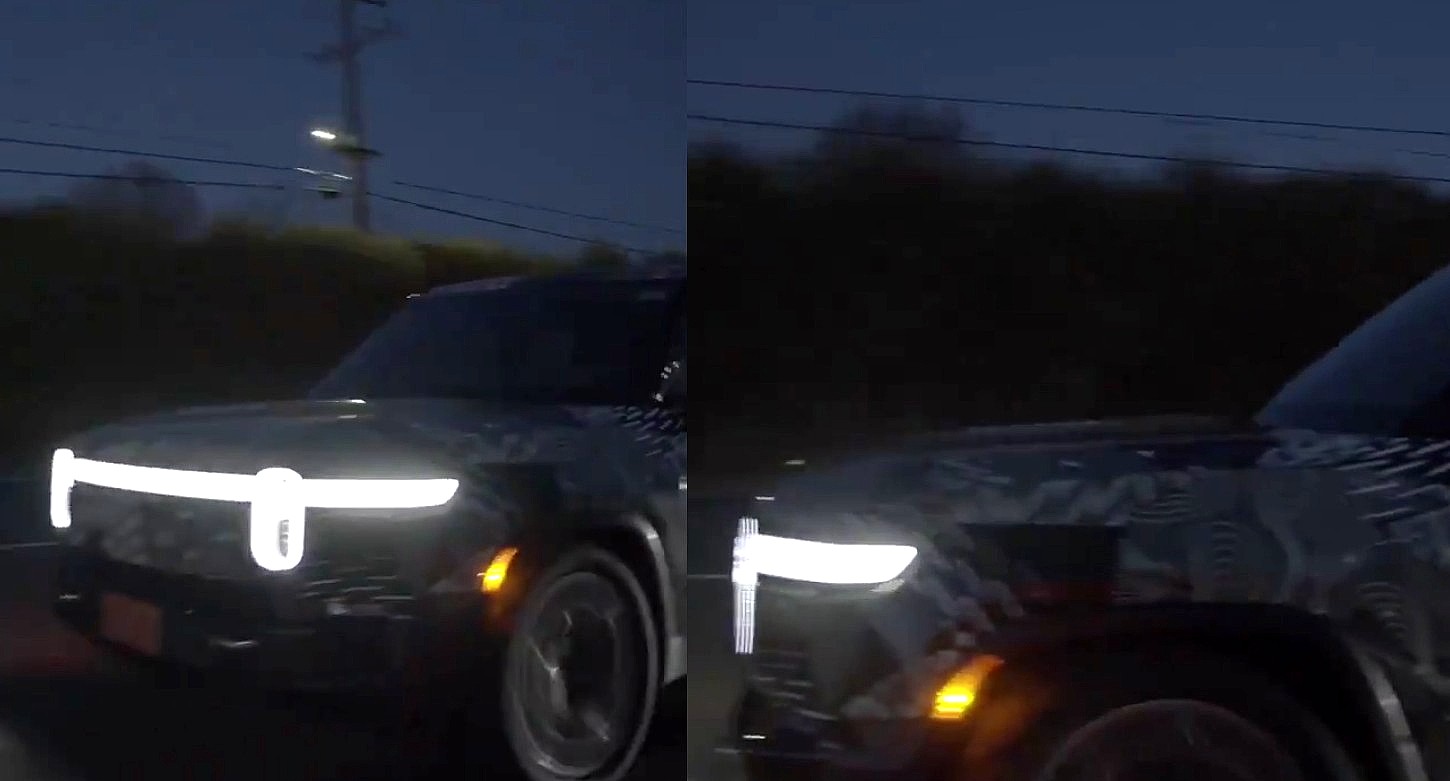 Rivian’s electric vehicles have been received very warmly, but there is one aspect of the R1T and the R1S that has drawn polarizing reactions from the automotive community as a whole—their “stadium” headlights, which are, simply put, unlike anything on the road today.

Both the Rivian R1T and R1S feature a long horizontal light bar that wraps around the front of the vehicle. This long light bar is studded by two headlights that Rivian calls “stadium lights,” likely due to their shape. This gives the R1T and the R1S a very distinct, if not approachable, look.

“When the vehicle is charging, that middle portion (of the cross-car daytime running light) goes green,” he said. When the cross-vehicle headlight becomes green, the vehicle’s battery would be fully charged. This should make it easy for R1T and R1S drivers to see if their vehicles are ready to go.

Here’s a previously unreleased shot from the archive:@MinimalDuck and I caught this R1T leaving @Rivian HQ just after sunset a few weeks ago – Our first chance to see #Rivian’s headlights and taillights at night and they look EPIC! #Rivian #R1T #Prototype #EV pic.twitter.com/ytEiFTIFgq

Needless to say, it is not uncommon to find electric vehicle enthusiasts airing their criticism of the R1T and R1S’ unique headlights, with some noting that the vehicles would actually be perfect without them. Despite these sentiments, a recent sighting from electric vehicle enthusiast group The Kilowatts has indicated that Rivian’s stadium headlights actually look pretty darn good at night.

The EV group was driving close to a Rivian facility when they saw an R1T prototype testing in the wild. It was nighttime by then, so the electric car fans were able to get a great look at the upcoming all-electric pickup truck. The stadium headlights look very attractive when they’re engaged in the wild, making the R1T stand out among the vehicles on the road.

In the electric pickup market, the R1T is largely considered a vehicle with a relatively safe design, save for its headlights. This makes the R1T the middle ground of sorts between an unashamedly futuristic pickup like the Tesla Cybertruck and a traditional-looking pickup like the Lordstown Endurance.