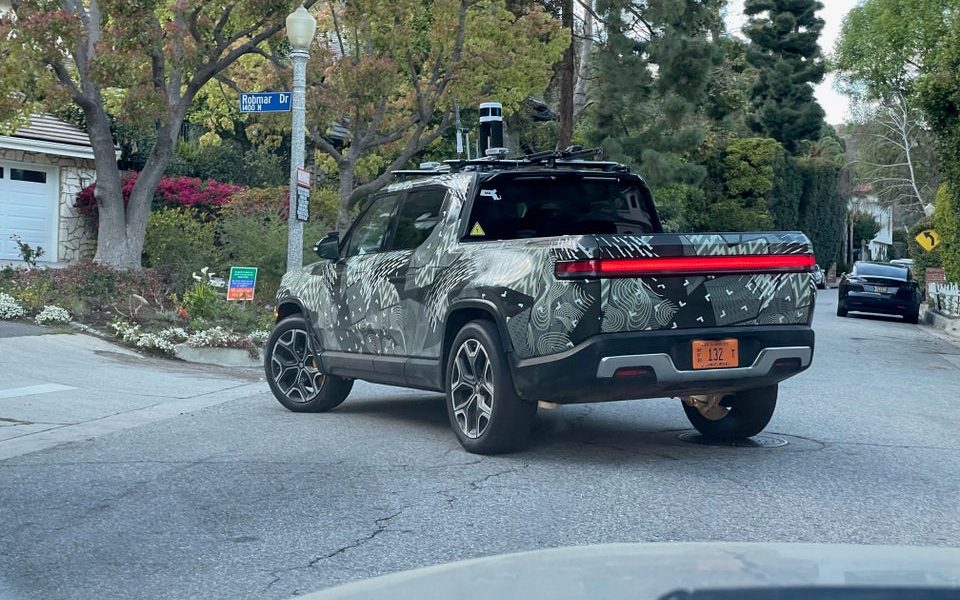 Images of a Rivian R1T pickup truck with a LiDAR rig have recently emerged online. The vehicle, which was covered in one of Rivian’s camouflage wraps, was photographed in Robmar Drive in Los Angeles.

The R1T in the recently shared images was fitted with a prominent LiDAR sensor at its roof. Interestingly, the LiDAR used in the R1T looked quite similar to the spinning units utilized by autonomous driving company Waymo, and quite different to the static Luminar LiDAR units used by Tesla. 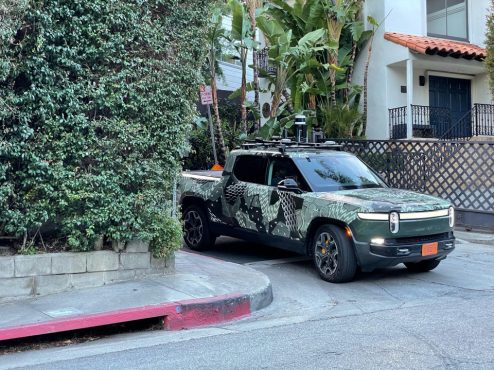 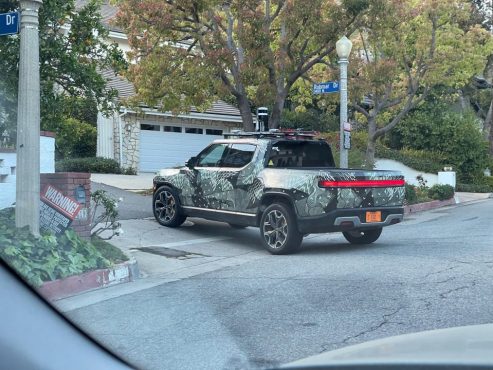 While Rivian has not explained the reasons behind the R1T’s LiDAR rig yet, it seems likely that the vehicle is being used to help develop the company’s Driver+ driver-assist system. This strategy is being used by fellow electric car maker Tesla, which also uses LiDAR-equipped vehicles to gather training data and create a ground truth to validate the 3D estimation capabilities of its neural networks.

If the LiDAR-equipped Rivian R1T is being used to help develop Driver+, there is a pretty good chance that the all-electric pickup truck would be released with some compelling driver-assist features. Rivian has been pretty quiet about Driver+, though the company has noted on its official website that the system would be able to steer, adjust speed, and change lanes automatically. Similar to Tesla’s Autopilot and Full Self-Driving Beta, Rivian’s Driver+ requires drivers to pay full attention to the road. 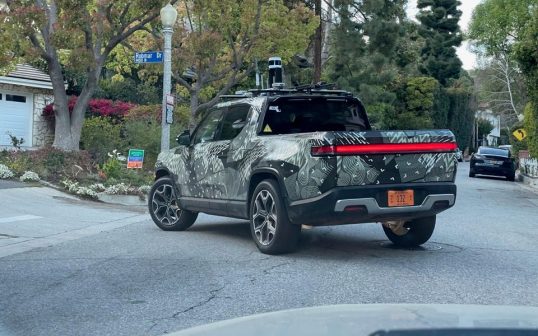 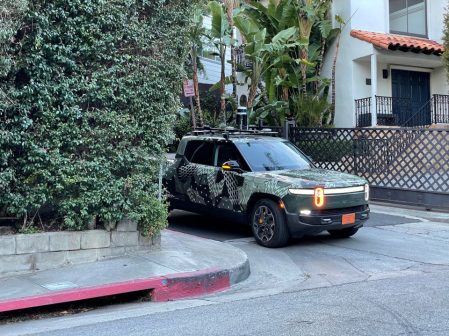 “Rivian Driver+ is standard on every vehicle we build. Delivering true hands-free driving assistance along with our full set of safety features, the system continually adds functionality through over-the-air updates. By making Driver+ standard, our goal is to make driving safer, easier, and less stressful for everyone,” Rivian noted.

Rivian CEO RJ Scaringe has noted that the R1 line of vehicles would be the company’s halo products. It is then unsurprising to see that Driver+ would be standard on both the R1T and R1S, both of which are expected to start production and deliveries later this year.