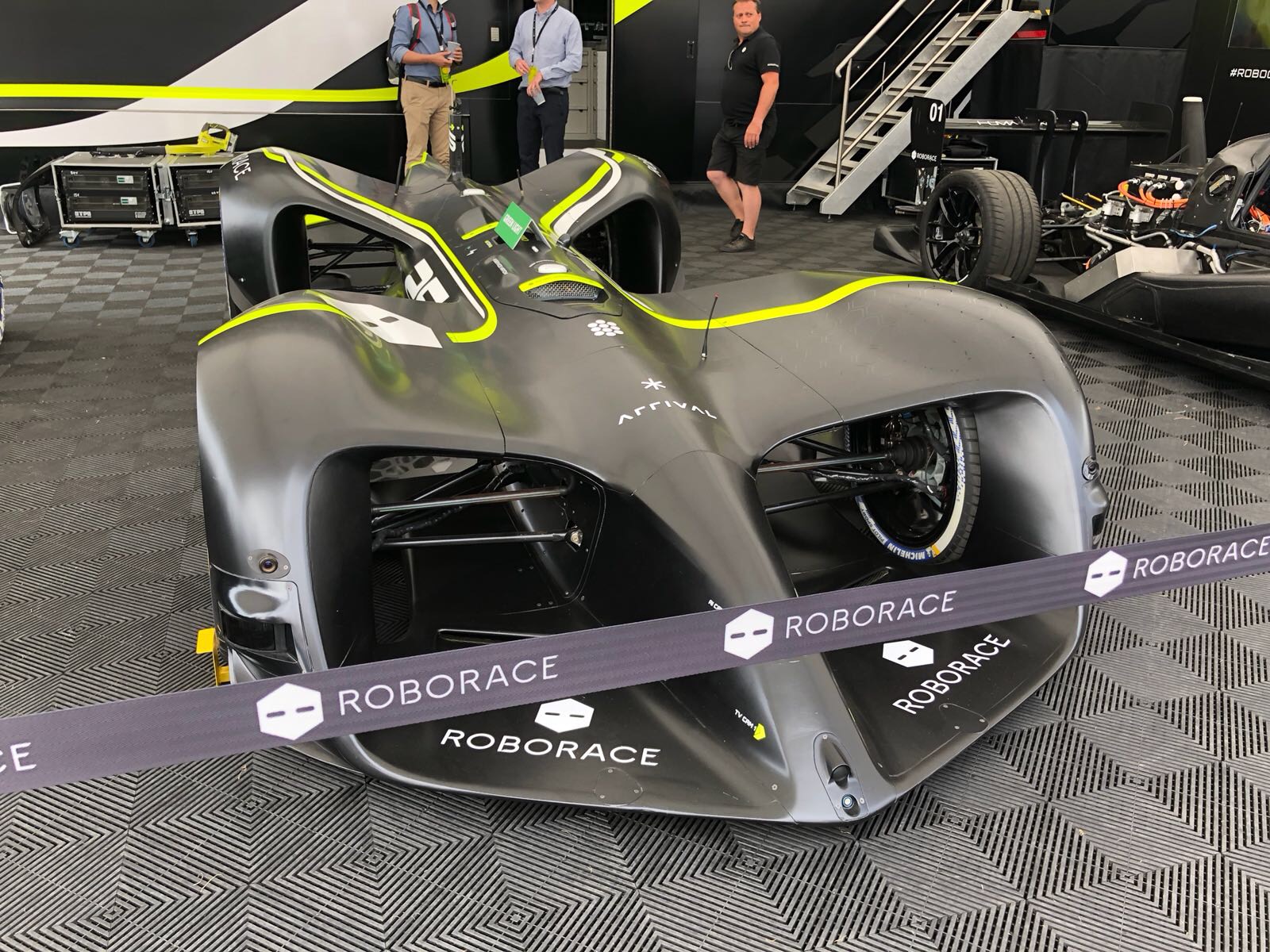 Robocar successfully completed the Goodwood Hill Climb Race at the 2018 Goodwood Festival of Speed in West Sussex, England, the car gained attention as it was the first unmanned automobile to ever complete the uphill course.

The tweet came roughly an hour and a half after Musk announced the record-breaking Model S performance at Laguna Seca was recorded and was released on September 11.

When do you want a race?

The Robocar is completely operated without human-interaction, using AI in conjunction with data compiled by GPS and radar systems. The car’s manufacturers are quite confident that it could compete against, and beat the manned Tesla Model S in a race at the Laguna Seca raceway. The challenge remains up in the air, as Tesla CEO Elon Musk has not responded, nor entertained the idea of racing the Robocar. But Elon has not been the type of person to back away from a challenge, especially after he announced that the Model S would be racing at the Nürburgring sometime in the near future, upon the heels of the Porsche Taycan setting the four-door production record at the track in Western Germany.

The driverless vehicle built by Roborace features four electric motors that produce 500 horsepower collectively and operate at 135 kW, giving the car a top speed of 199 mph. The car utilizes a variety of sensors to move effectively, such as GPS systems, LiDAR, ultrasonic sensors and machine vision cameras that pick up and assess the car’s surroundings. In comparison, the Tesla Model S operates a Dual Motor AWD with a 100 kWh battery pack and 518 horsepower, and not to mention, would have a human controlling the vehicle.

In regards to the challenge, with the Model S coming off of a record-setting performance at the Laguna Seca, who would you put your money on? Tesla or Roborace?