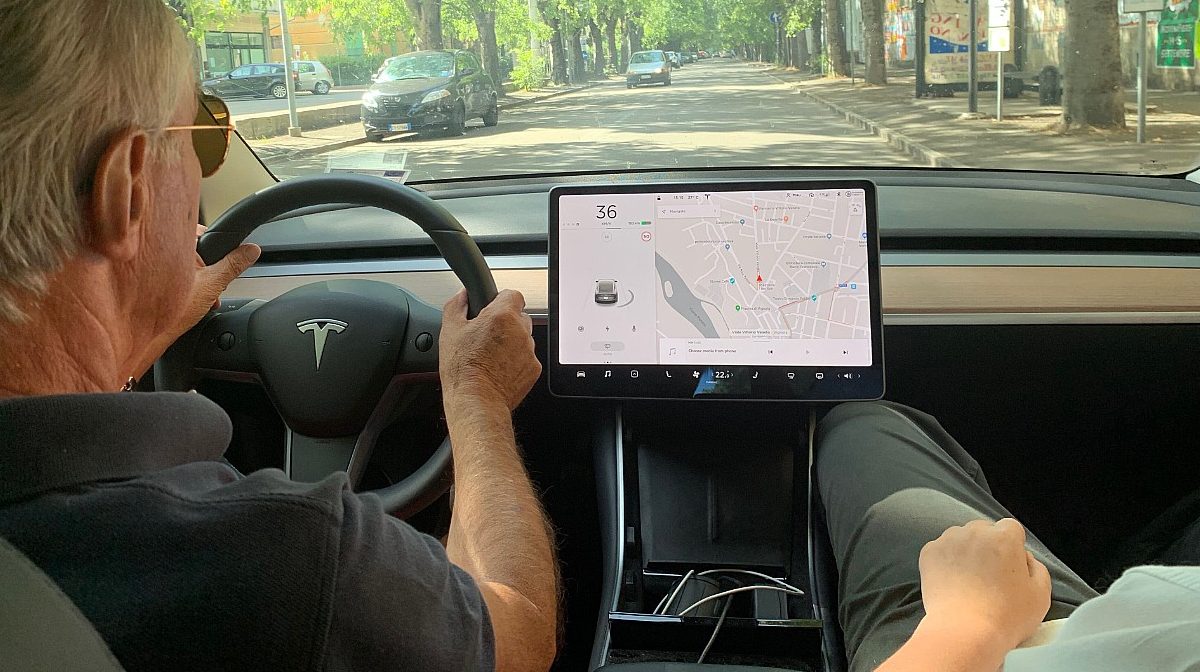 When Former Ferrari test driver Dario Benuzzi retired from the Italian automaker after 48 years of service, he left a legacy that included test driving some of the most famous exotic cars in the world. As Chief Test Pilot, he was responsible for spending multiple hours a day driving Ferrari’s unreleased models and then giving feedback to a team of engineers and designers. Benuzzi retired just a few months ago from the Prancing Horse, leaving his role as key developer in the growth of not only the company but also numerous cars that Ferrari released over the past five decades.

Interestingly, the legendary test driver was recently seen driving a friend’s Model 3 Performance through the streets of Maranello, Italy, home to Ferrari headquarters. One might ask whether the man who was partially responsible for the development of notable Ferrari production models, such as the F40 and the Enzo and racing legends such as the F1 639 or the 333, could even begin to feel a rush when driving an all-electric, four-door family sedan like the Tesla Model 3. The simple answer to that question is: Yes. 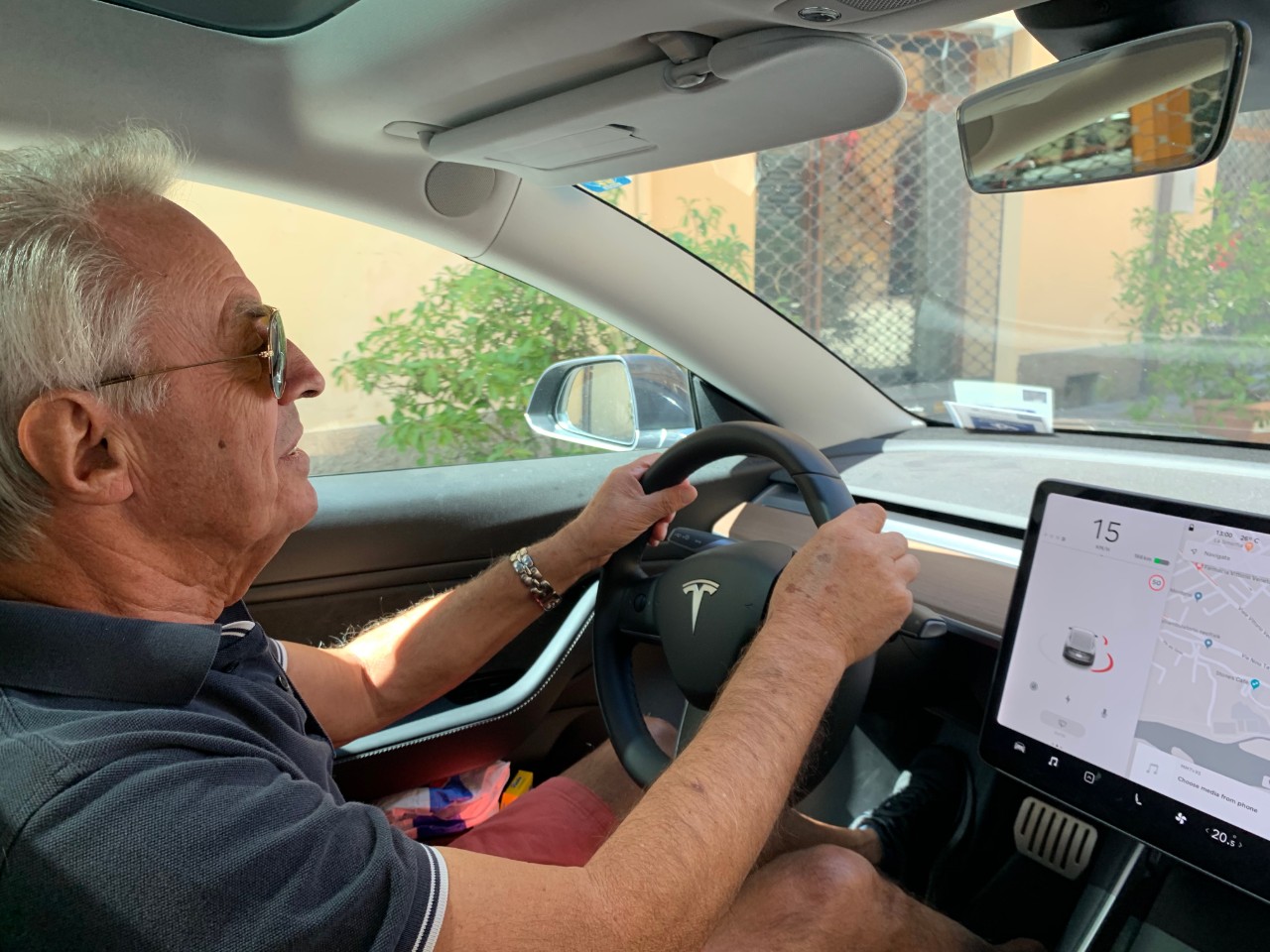 Reddit user u/Atellani shared with members of r/TeslaMotors that the now 73-year old Benuzzi, who started at Ferrari as a mechanic in 1971, recently took a spin in his Tesla Model 3 Performance. Benuzzi complimented several of the vehicle’s features, while stating that he enjoyed the steering in Comfort Mode allowing him to feel a less intense, lighter sensation when operating the Model 3.

While Benuzzi did not get to test the available Autopilot feature, he said that all-in-all, he adored the Model 3, especially the vehicle’s front suspension system. “He loves the technology and ease of use, (and) was not bothered by the dash at all and quite surprisingly adapted to it in less than a minute,”u/Atellani said. Benuzzi first drove a Tesla in 2014, when he took u/Atellani’s first Silicon Valley purchase, a P85+, for a spin.

Friends for 13 years, one of the owners of Atellani American/Italian Design and Innovation Studio in Italy (referred to in this article as u/Atellani) and Benuzzi used to only find time for a quick lunch every once in a while. Now that Benuzzi has retired, the two have more time to spend talking about cars and technology. An owner of eight different Tesla models since 2014 (all driven by Benuzzi at one point or another), u/Atellani told Teslarati that he had enough of ICE cars a few years ago and decided to try a different, more sustainable option.

With EVs not being near as researched as they are today, he considered himself a “Beta-Tester,” and gambled on Tesla. The Tesla Model S P85+ that he purchased in 2014 fit all of his needs, as he wanted a car that could fit his family of 7 and was coupled with great range and performance. He put himself all-in and sold every ICE car he and his wife owned at the time, and hasn’t looked back since. “Nowadays, everything is super easy and we would have a hard time going back,” he said.

Benuzzi enjoys the innovation of automobiles and said that he felt intrigued by Elon Musk’s electric vehicles. He believes that without the development of EVs, a future does not seem possible. He spoke highly of Tesla CEO Elon Musk and believes that he is a pioneer of the industry, who deserves “an immense amount of credit”.