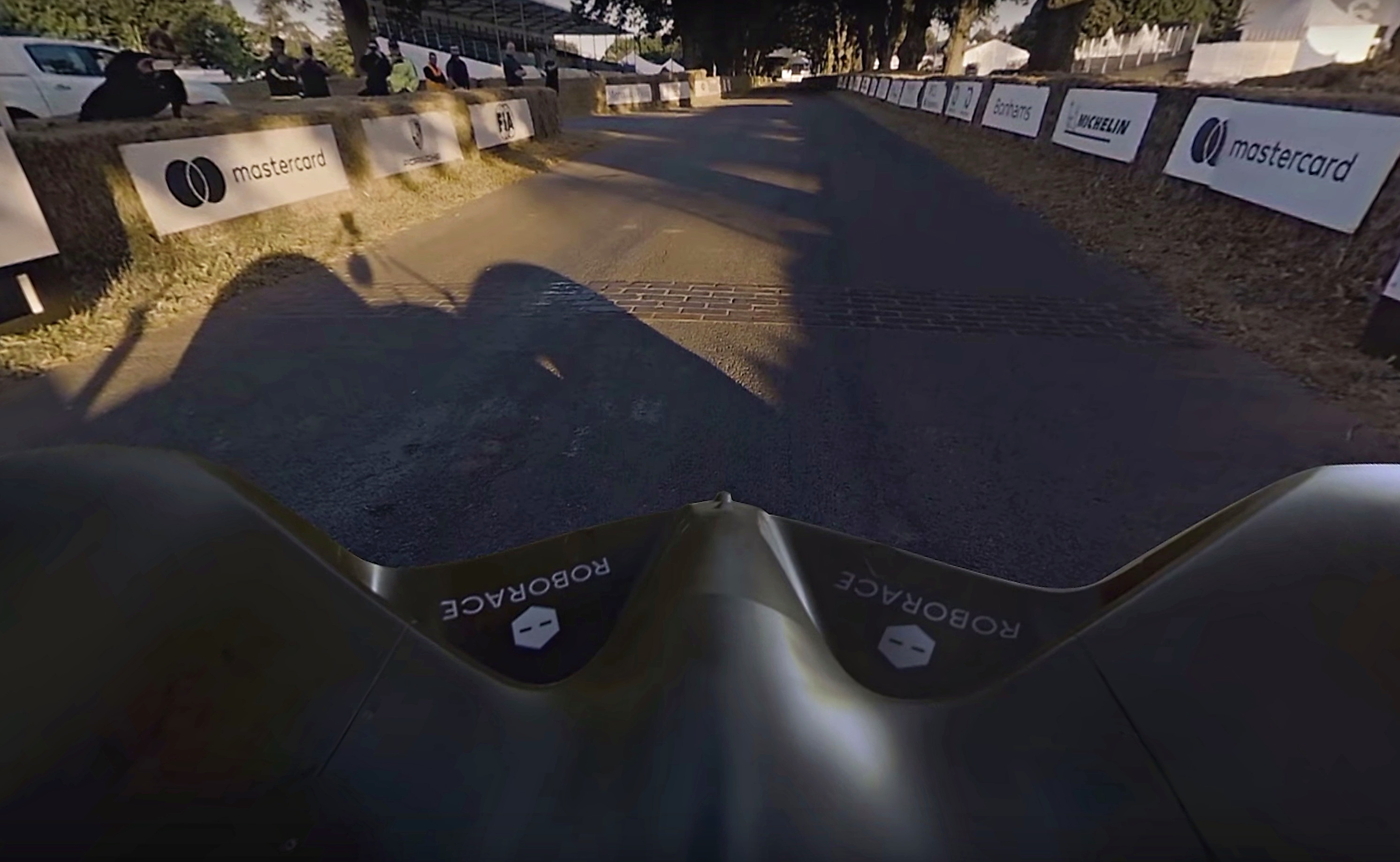 The 2018 Goodwood Festival of Speed is off with a bang, with high-profile car manufacturers and cutting-edge vehicles gracing the event. As could be seen in a recently uploaded video online, this year’s Festival of Speed also featured Robocar — an all-electric, fully-autonomous, AI-powered vehicle — successfully completing the event’s traditional hill climb course.

Roborace, the company behind the self-driving racecar, uploaded Robocar’s hill climb run on its official YouTube channel. The vehicle’s run was just a test session during the early morning before the festival officially started, but it did prove that the self-driving car was capable of traversing Goodwood’s 1.16-mile hill climb course independently. This was a milestone for Robocar’s development, considering that the Goodwood hill course presented several challenges to the vehicle’s systems.

Robocar is built from the ground up as an autonomous racecar. Thus, when attempting its run up Goodwood’s hill course, the car had to rely exclusively on data gathered by its array of sensors such as its GPS, radar, LiDAR, ultrasonic sensors, and machine vision cameras. Due to the terrain of the hill climb track, however, Robocar’s GPS was compromised, since the course’s narrow roads and trees block the car’s GPS signals, preventing the vehicle to map its position accurately. In order to address this challenge, Roborace developed a specialized code for Robocar just for the event, utilizing the car’s LiDAR sensors for real-time environment perception.

Robocar during its hill climb attempt at the 2018 Goodwood Festival of Speed. [Credit: Roborace/YouTube]

As could be seen in the company’s recently-uploaded video, it appears that the specialized code it developed for the self-driving racecar was enough to navigate the vehicle to the finish line without any problems.

Roborace hopes to eventually start a racing series with Robocar, with teams being issued identical cars and the competition being determined by how each vehicle is coded. Robocar, after all, is not just robust sensor-wise, it also packs some serious power, with the self-driving car being equipped with four 135 kW electric motors that produce 500 hp, as well as a 58 kWh battery. Within the heart of Robocar are NVIDIA Drive PX 2 processors, as well as an AI system provided by Arrival.

Robocar’s appearance at the Goodwood Festival of Speed was supported by the founder of the event himself, Charles Gordon-Lennox, better known as the Duke of Richmond. According to the Duke, he believes that the participation of a self-driving car such as Robocar in this year’s event is a statement for the future of mobility. 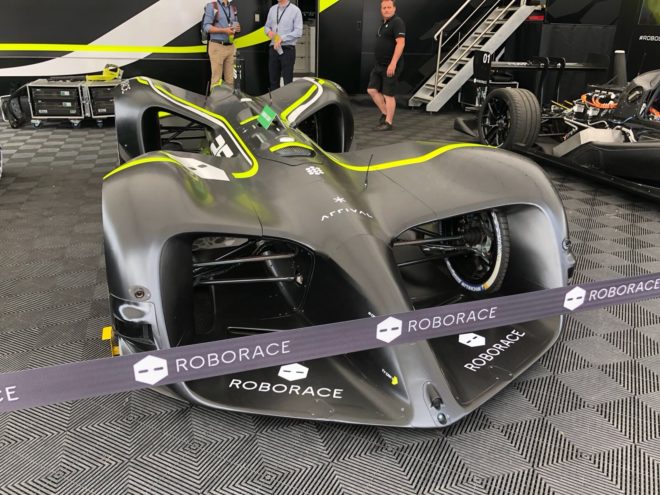 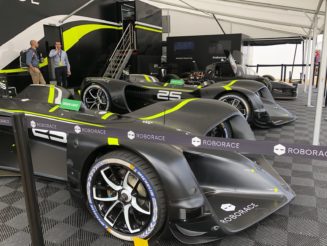 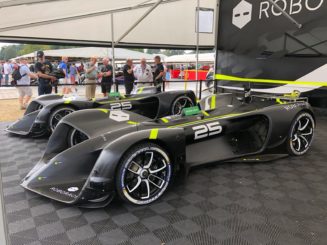 “I can’t think of a more exciting way to celebrate our Silver Jubilee than to have Roborace attempt the first autonomous race car run up the hill. Roborace plays an important role in the future of mobility, challenging public perceptions and providing a platform to advance new technologies. This makes them the perfect partner to undertake this significant feat,” he said.

The 2018 Goodwood Festival of Speed starts on July 12 and ends on July 15. Several of the world’s biggest auto manufacturers, including Tesla, are participating in the event. As we noted in a previous report, Tesla’s booth at Goodwood, which features the Model 3 as its centerpiece, is proving to be quite popular with the event’s attendees.

Check out pictures of Tesla’s booth and the Model 3 at the event here.

Watch Robocar’s hill climb run in the video below.