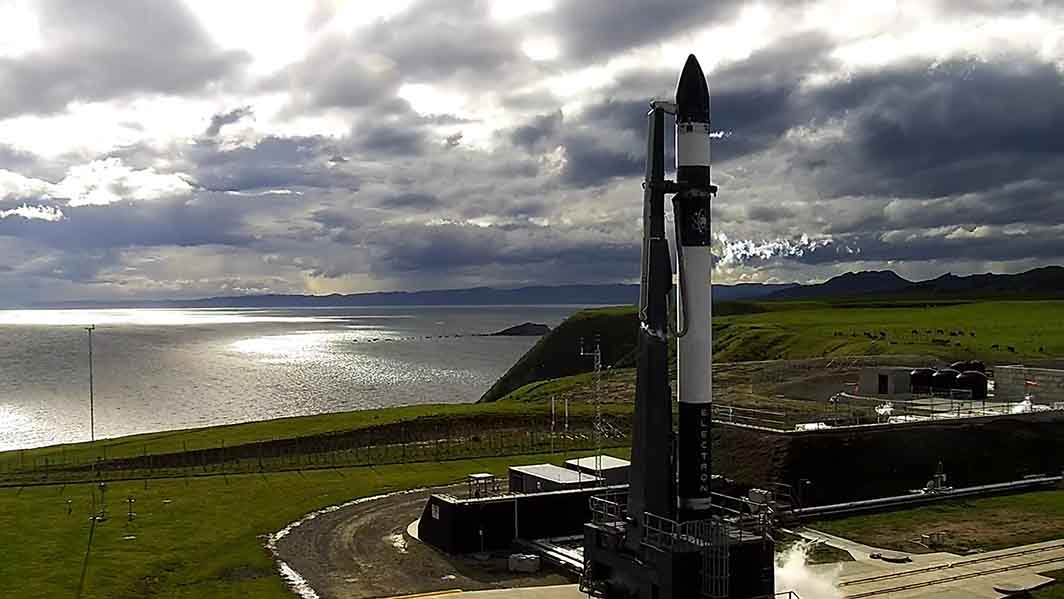 The Rocket Lab Electron is pictured ahead of a previous launch attempt from Launch Complex 1 in New Zealand. (Rocket Lab)

On Wednesday, October 21, Rocket Lab held a launch countdown ahead of the fifteenth mission of its small rocket, Electron. The mission nicknamed “In Focus,” was slated to take off from the company’s primary launch pad at Launch Complex 1 on the Mahia Peninsula in New Zealand. Ultimately, the launch attempt was scrubbed due to an off-nominal oxygen sensor.

Rocket Lab did not immediately disclose a new targeted launch date, but did state that the launch window for the “In Focus” mission extended for nearly two-weeks. Rocket Lab founder and chief executive officer, Peter Beck, said in a Twitter post that, “the team’s taking the time to make sure it’s just the sensor and nothing else.” Beck also stated that weather moving into the area could pose a challenge for finding a new acceptable launch date.

The Electron Kick Stage – a capable extra stage on Electron – is designed to circularize orbits and deploy multiple payloads to independent and precise destinations. The Kick Stage is powered by a small, but powerful Curie engine. All ten of the satellite payloads aboard the “In Focus” mission are expected to be delivered to a 500km morning-crossing Sun Synchronous Orbit.

Prior to flight, the payload was encapsulated inside of the Electron’s protective payload fairing. In traditional fashion, Rocket Lab outfitted the fairing with the mission patch artwork created specifically for Electron’s fifteenth “In Focus” mission.

After encapsulation inside the fairing, the payload was integrated with the Electron first-stage booster. After a short trip from the assembly facility, Electron was raised vertically at Launch Complex 1 to complete a successful wet dress rehearsal – a standard pre-flight run-through of all launch procedures. The purpose of the wet dress rehearsal is to run through all of the launch day procedures including filling the rocket with RP-1 – a rocket grade kerosene – and liquid oxygen.

Launch teams conducted the practice launch on Thursday, October 8 proceeding through all countdown milestones right up until T-0 and engine ignition. This process ensures that the vehicle and launch teams are ready for flight. It also provides an opportunity to catch and address any anomalies that may arise prior to launch day.

What to expect on launch day:

A brief ten seconds later the Kick Stage will separate from the second stage. Approximately 51 minutes and 06 seconds after liftoff the Kick Stage’s Curie engine will ignite to propel the payloads to their final circular Sun-Synchronous Orbits. Payload deployment is expected at the 60-minute mark after liftoff.