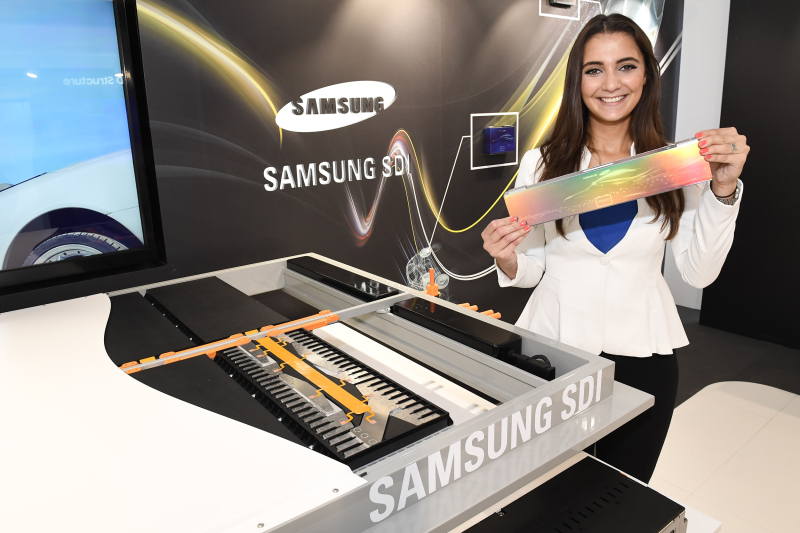 For comparison, Tesla’s flagship Model S has an all-electric range of 315 miles; the Long Range Model 3 has 310 miles of range, and Model X boasts up to 289 miles of driving range.

Samsung is looking to provide versatile battery technology could have a major impact on the EV market as a whole. Many skeptics point to range and charging convenience as two aspects affecting consumers decisions. For Tesla, an improved Supercharger network — which the company has committed to expanding into urban areas — and longer vehicle range could quell any rising doubts.

Samsung said that the range of a vehicle depended on how many modules were being included in the battery.

“Its users can change the number of modules as they want as if they place books on a shelf,” says Samsung. “For example, if 20 modules are installed in a premium car, it can go 600 to 700 kilometers. If 10 to 12 modules are mounted on a regular sedan, it can run up to 300 kilometers. This pack is expected to catch the eyes of automakers, because they can design a car whose mileage may vary depending on how many modules of a single pack are installed.”

That module flexibility could mean price flexibility for automakers looking to venture into the electric car space. Just this week, Mercedes-Benz announced that it is planning to electrify its entire lineup within the next 5 years.

How do you think Samsung’s entrance as a supplier for long range electric vehicle batteries will impact Tesla? Let us know in the comments below.