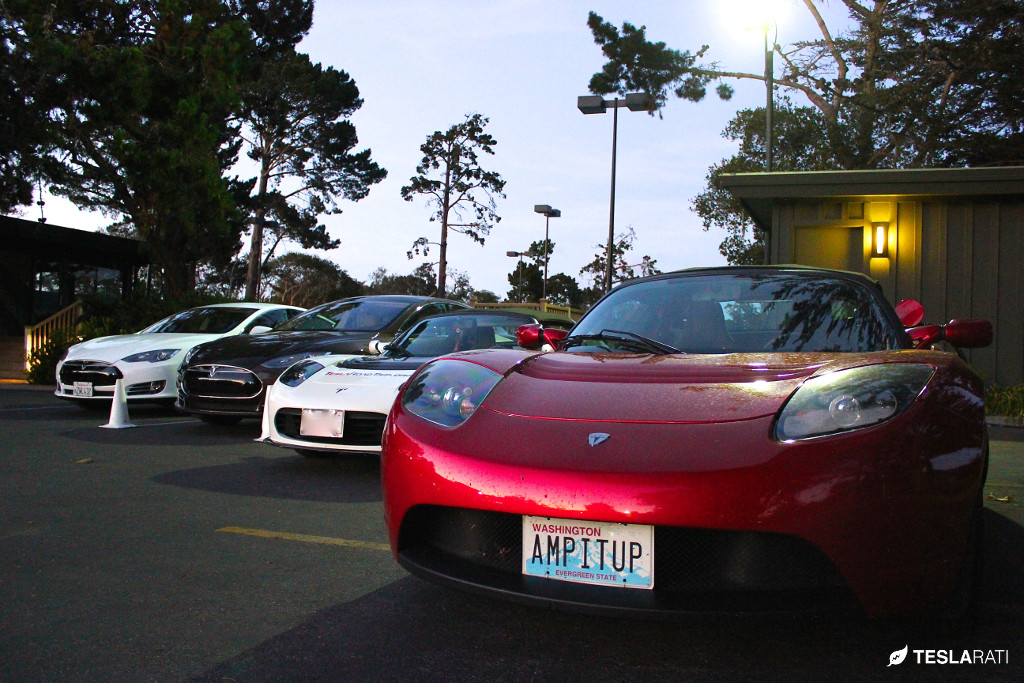 Tesla owners are known to have some of the most expressive, funny and just downright witty Tesla vanity plates.

If you’re not familiar with the concept of a vanity plate, it’s essentially a personalized license plate that requires a special type of vehicle registration commonly found in the US, UK and Australia. Vehicle owners pay an additional fee during registration that would allow them to select a combination of letters and numbers, usually forming their favorite abbreviated slogan or phrase.

Inspired by Gas2’s latest post featuring the Top 10 Tesla Vanity Plates, we decided to showcase a list of our own, all of which were captured on camera at the recent TMC Connect conference in Monterey, CA. Battery + state of the art electronics + one of the sleekest looking cars on the market would certainly be synergistic. One of our personal favorites. We’ve seen many vanity plates play on the word amp, but this one in our opinion takes the cake. Best of all it’s from an owner within a State that has notoriously struggled with allowing Tesla to sell direct. Now that’s dedication. Being too Ohm’d may be counter productive, but nevertheless this is a clever Tesla vanity plate. Love it!! This is one of the more creative Tesla vanity plates we’ve seen. A great message squeezed into seven characters! This isn’t a Tesla vanity plate but still has to be one of the most unique and rarest Model S’ out there. Hand signed by Elon Musk himself! Ok, enough of the amps. We get it. There’s a battery, it’s electric and draws current. This is a great tribute to the man that inspired it all.

MUST SEE: [VIDEO] A Digital Tribute to Nikola Tesla

At first glance of this Tesla vanity plate you may think the owner represents a deodorant company. But upon a closer inspection of this one beautiful Roadster you’ll see that they’re clearly amping it up. No armpits here. The world needs more of this. Not only a great message but they’re putting their money where their mouth is. Bravo. Another one of our favorites! You can have more than one favorite, right? If it weren’t for my high school electrical engineering class, I would have no idea what this vanity plate meant, so thank you Mr. Wilson. This is a great expression and really speaks to what a Model S is behind the quiet allure. Raw Power.

We see this as an ongoing list so if you have a unique and interesting plate that you’d like to showcase here, feel free to email it to vanityplates@teslarati.com or post a picture of it in the comments section below!