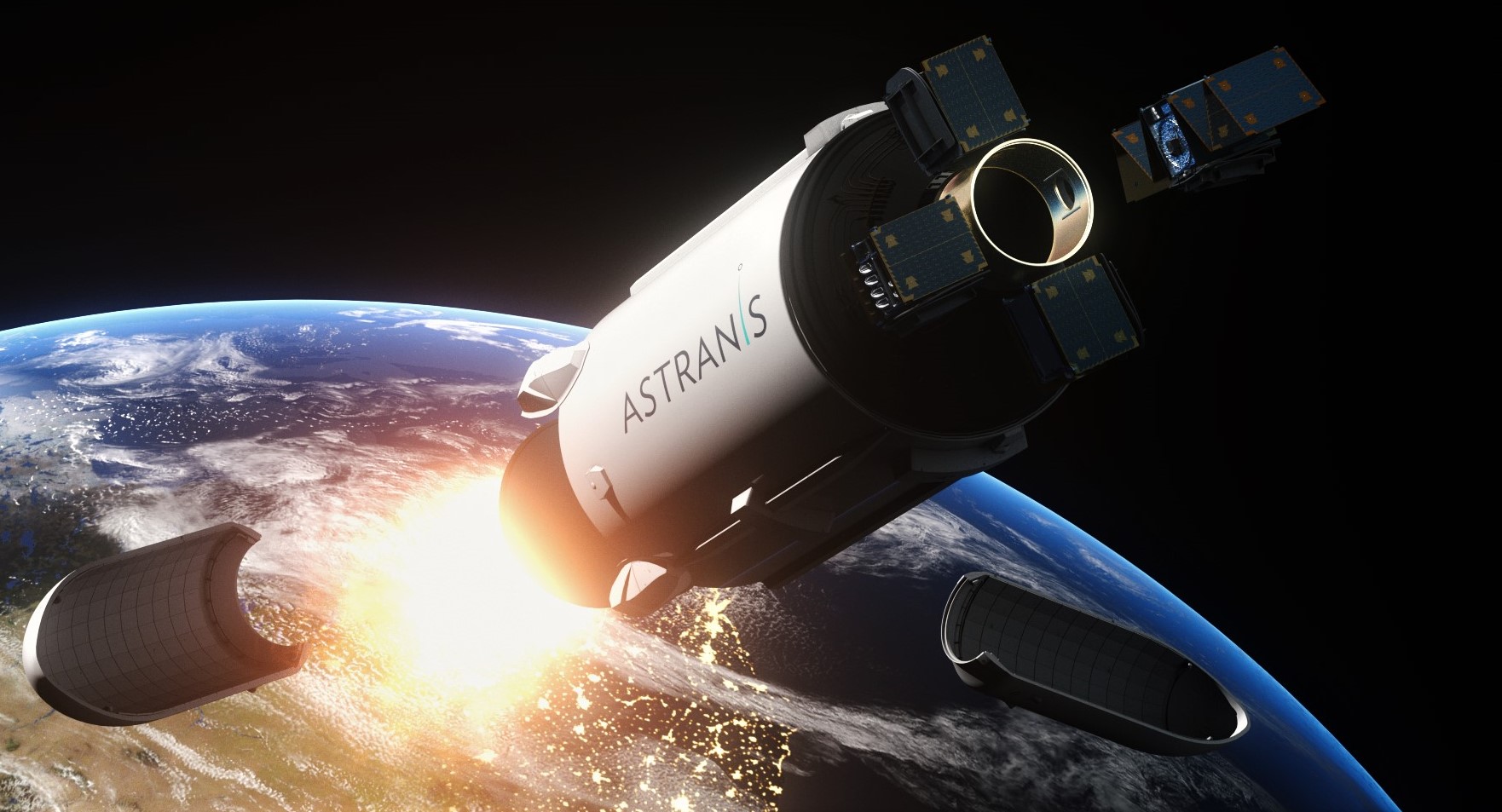 SpaceX to launch quartet of mini geostationary satellites in 2023

Known as MicroGEO, the comparatively tiny satellites Astranis is building aim to offer prospective customers an alternative to the immense, expensive satellites that dominate modern geostationary (GEO) communications. Where those flagship satellites tend to weigh anywhere from three to seven metric tons (~6,500-15,500 lb) at liftoff, MicroGEO satellites will weigh around 400 kilograms (~900 lb) – at least a magnitude lighter. Astranis also believes it will be able to eke out about 10 gigabits per second (Gbps) of bandwidth from each tiny satellite, giving them a level of performance that could actually be proportionally comparable to or greater than much larger satellites.

While it’s not clear that Astranis is actually selling its MicroGEOs for “1/20th the cost of traditional GEO communications satellites,” as they claim, the startup has found plenty of customers.

As of March 2022, Astranis has secured contracts to build 11 MicroGEO satellites for a range of customers: one for Alaska’s Pacific Dataport, eight for in-flight and at-sea connectivity provider Anuvu, and one or two for Peru’s Grupo Andesat. Astranis says its deal to launch one satellite for Andesat – with an option for a second – is worth more than $90 million. At that price tag, MicroGEO might cost about half as much as a more traditional entry-level GEO satellite but will only offer 10 Gbps for the money. For twice the price, a prospective customer could easily buy a satellite with at least five to ten times the throughput.

In that sense, MicroGEOs are actually more expensive relative to the performance they offer. Their main benefits appear to be a lower cost of entry, significantly lower launch costs, and the ability to dedicate a whole satellite to a relatively small region or niche service. In that sense, MicroGEO’s draw might be comparable to the reason some launch customers prefer a more expensive dedicated launch on a small rocket over a much cheaper launch as one of many rideshare payloads on a large rocket. For that premium, dedicated launch customers don’t have to worry about the logistics of juggling dozens of other satellites, the risk of related launch delays, or the general need to compromise with other passengers.

While MicroGEO satellite might be significantly less cost-efficient than larger alternatives, smaller customers may find paying a premium preferable to having to find or compromise with other customers to avoid wasting any leftover bandwidth. Additionally, in some unique situations, dedicated MicroGEO satellites may actually be several times cheaper for customers. CEO John Gedmark says that for Peru’s Andesat, MicroGEO offers a “factor of three or a factor of four cost decrease…compared to what they’re paying today [to lease less capacity on existing satellites].”

It’s clear that Astranis’ customers see significant value in MicroGEO. On top of Astranis’ current backlog, Gedmark recently revealed that the company is working on deals for “dozens” of additional satellites and believes that “there will be more than 100 Astranis satellites in active service” by 2030. That means that Astranis’ unique Falcon 9 contract is likely to be the first of many. For perhaps as little as $50 million, a SpaceX Falcon 9 rocket will launch four MicroGEO satellites at once. The relatively tiny payload – likely less than two tons (~4400 lb) – will allow Falcon 9 to launch into a more energetic geostationary transfer orbit (GTO), significantly reducing the amount of time the MicroGEOs will need to reach operational orbits.

SpaceX to launch quartet of mini geostationary satellites in 2023