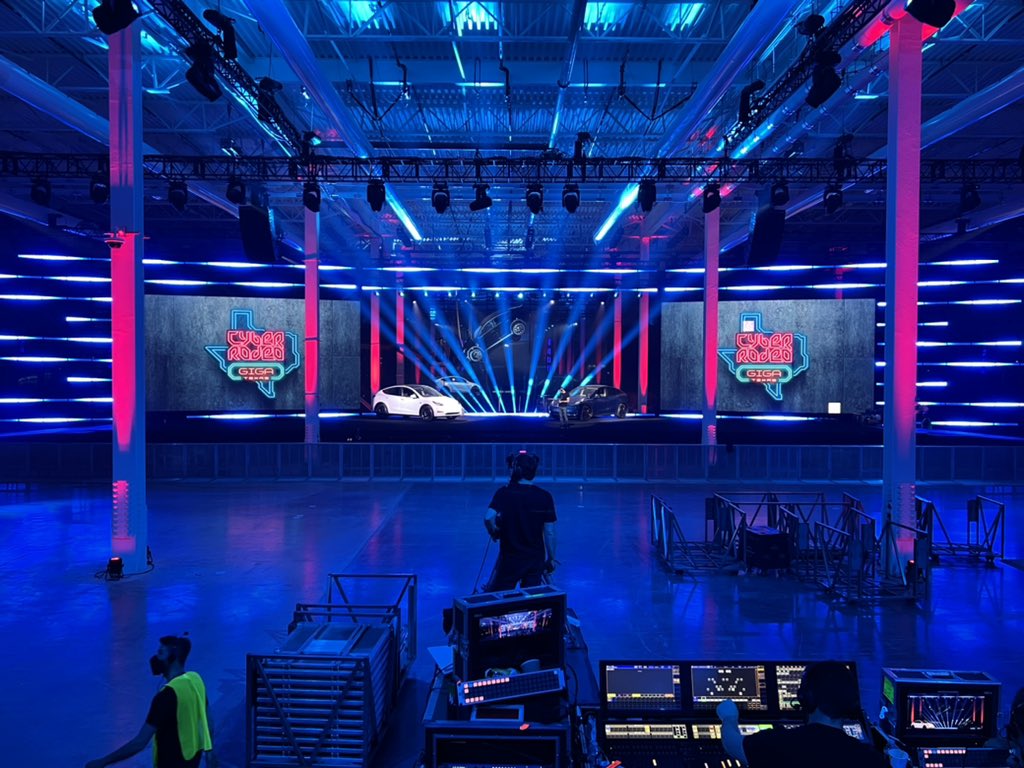 Elon Musk has shared several images of Tesla’s ongoing preparations for its Cyber Rodeo at Gigafactory Texas, which is scheduled to be held this Thursday, April 7, 2022. The CEO’s photos highlight the effort that is being put into the event, which is looking pretty next-level, even by Tesla standards.

Musk is known for pushing his employees hard, though reports over the years have noted that the CEO encourages his workers to play hard as well. As such, it is not rare for Tesla or SpaceX parties to be extremely impressive. This was highlighted in Gigafactory Berlin’s celebrations, which featured parties that lasted well into the night. Despite this, however, Giga Texas’ Cyber Rodeo seems to be channeling Tesla’s party spirit all the way up to 11.

The CEO showed several photos from Giga Texas’ Cyber Rodeo setup, from its cool stage and Nikola Tesla light display to its impressive megacast exhibits. Considering that the images shared by Musk were from the interior of Giga Texas, it would not be surprising if Elon Musk addresses the event’s attendees from within the giant electric vehicle factory itself. This should make the Cyber Rodeo extra fun, as party preparations are being done on Giga Texas’ grounds as well.

The Cyber Rodeo will not just be a big party. It would also serve as the grand opening of Gigafactory Texas, the company’s most ambitious electric vehicle factory to date. As per Musk on Twitter, the doors to the event will open at around 4 p.m. local time. Festivities will start around 8 p.m., and Musk will give a talk around 9 p.m. Much excitement is currently surrounding Musk’s upcoming talk in the Cyber Rodeo, as the CEO is expected to share some details about upcoming projects like the Cybertruck, which the grand opening event seems to have been named after.

Gigafactory Texas is starting its operations as a facility that builds the Tesla Model Y. However, it is far more than that, as the plant is also slated to be the site where the Cybertruck would be built. The Cybertruck is Tesla’s most unique and ambitious vehicle to date, featuring a completely new design language and a steel exoskeleton. Musk has hyped the Cybertruck to a good degree, noting that the all-electric pickup truck would feature completely new technologies.

Cyber Rodeo attendees looking to catch a glimpse of the Cybertruck would likely not be disappointed. As per drone flyovers and videos that have been recently taken of the Giga Texas complex, Tesla has brought over two Cybertrucks that would likely be on display during the Cyber Rodeo. Other upcoming vehicles like the Tesla Semi and the next-generation Roadster will likely be featured in the event as well.