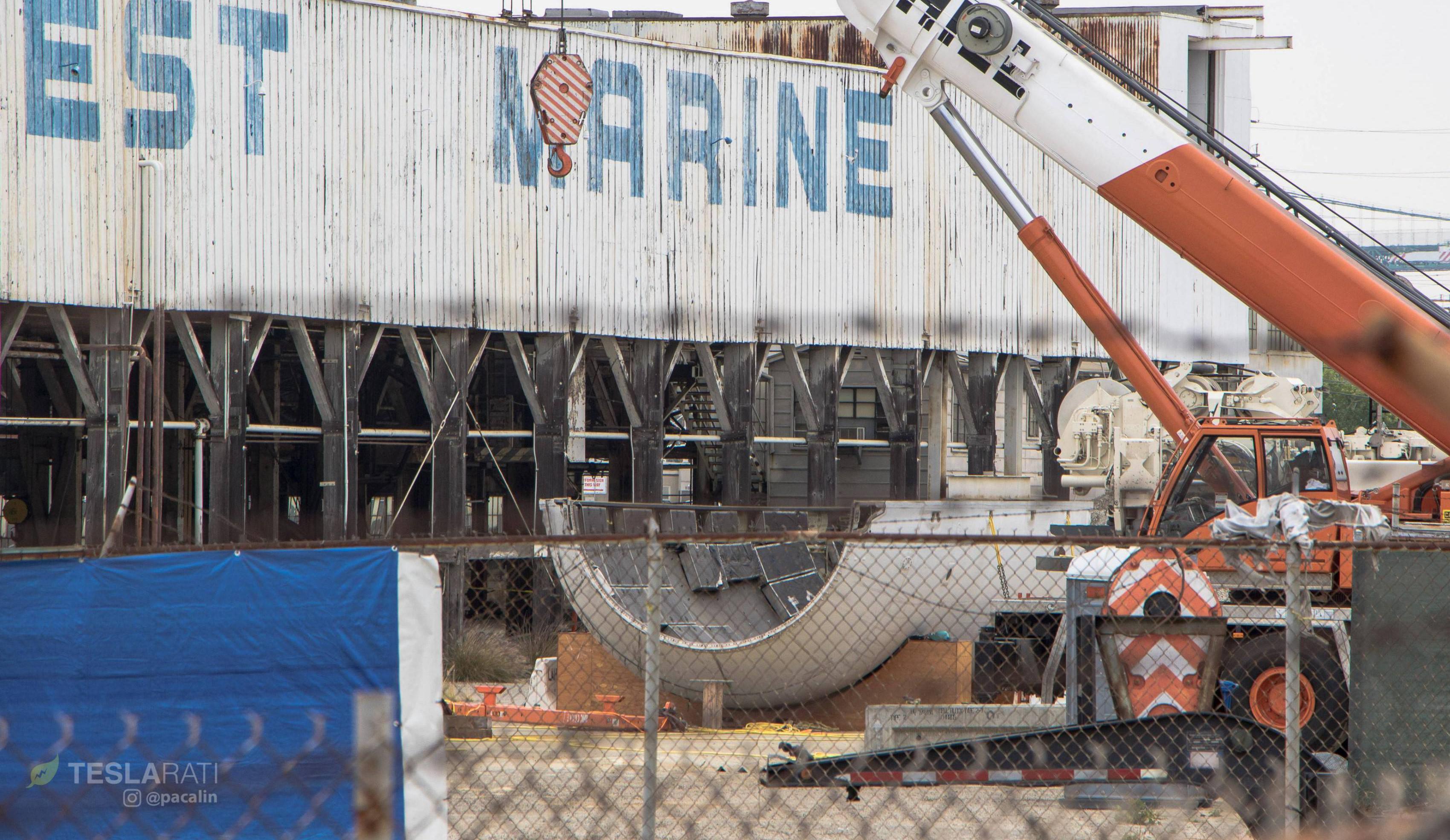 Photos taken on July 1st show that land leased by SpaceX to build the first port-located BFR factory and Falcon 9 refurbishment center is continuing to ramp initial construction work, ranging from general clean-up of the long-abandoned berth to serious foundation preparation where SpaceX’s new rocket warehouse will be built.

Previously a shipyard, the Berth 240 facility now leased by SpaceX sat abandoned for the better part of a decade, and features a number of buildings deemed historic landmarks by the city of Los Angeles. As the new tenant, SpaceX is expected to do at least a little refurbishment, with the goal of leaving the site in better shape than they found it in at the end of their 10-year lease. The company does have permission, nonetheless, to demolish one less historic building in order to make space for their planned BFR factory, the construction of which is expected to take 12-18 months for Phase 1 and another 12 or so months for Phase 2, meshing nicely with SpaceX real estate director Bruce McHugh’s estimate of “three to five years” to completion.

On the rocket recovery fleet side of things, SpaceX’s fairing-catcher Mr Steven is still stationed at Berth 240 with all major components of his previous arm assembly now fully removed and stored nearby on the dock. In June 2018, CEO Elon Musk noted on Twitter that the iconic vessel was to have its net grown by a factor of four, meaning that both its length and width would be roughly doubled.

Mr Steven is also present, albeit in a sadly armless state for the time being. (Pauline Acalin)

Sitting around 400 square meters before arm removal, the new net would be closer to 1500 square meters – roughly 1.5 acres – and could nearly halve the accuracy gap that the company’s engineers need to close in order to reliably catch Falcon payload fairings, cutting 20-30 meters out of the 50 meters most separating the fairing and net at touchdown. Once SpaceX is able to close that gap and start catching fairings before they hit seawater, it should be a fairly simple process to start routinely reusing both halves of the $3 million carbon composite-aluminum honeycomb shells.

Unless they can be rapidly cycled out of the net after landing, recovering both halves may require a second net vessel like Mr Steven, and there could wind up being as many as four Mr Steven copies if the company intends to recovery both fairing halves after every launch from both their California and Florida launch pads. Recent planning on the Florida coast indicates that SpaceX expects their launch cadence to ramp up considerably with the introduction of a fleet of highly-reusable Falcon 9 Block 5 boosters, and the considerable lead-time and sluggishness inherent to manufacturing massive aerospace-grade composite structures with equally vast autoclave ovens means that payload fairings could quite quickly become a bottleneck for SpaceX’s launch business. 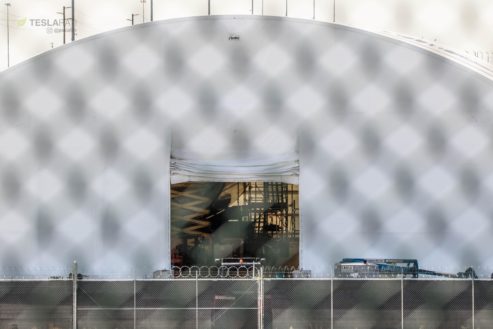 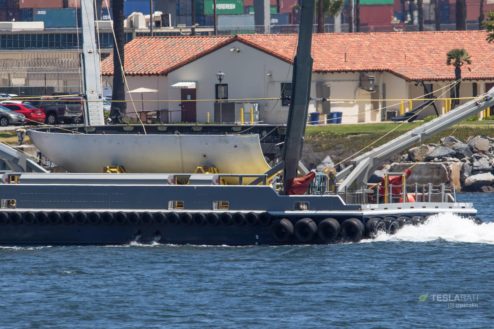 Mr Steven out and about with a recovered but unreusable fairing half in May 2018, presumably for some sort of practice. (Pauline Acalin)

While such a bottleneck is far from insurmountable, dramatically expanding Falcon 9 composite component production now would presumably be an inconvenience for SpaceX at a time where they would much rather be focusing internal investments on their next-generation launch vehicle, known as BFR. That rocket is understood to be in the late stages of design and is quickly entering into a more advanced stage of concerted full-scale prototype testing and refinement as SpaceX accumulates invaluable data from hands-on R&D.