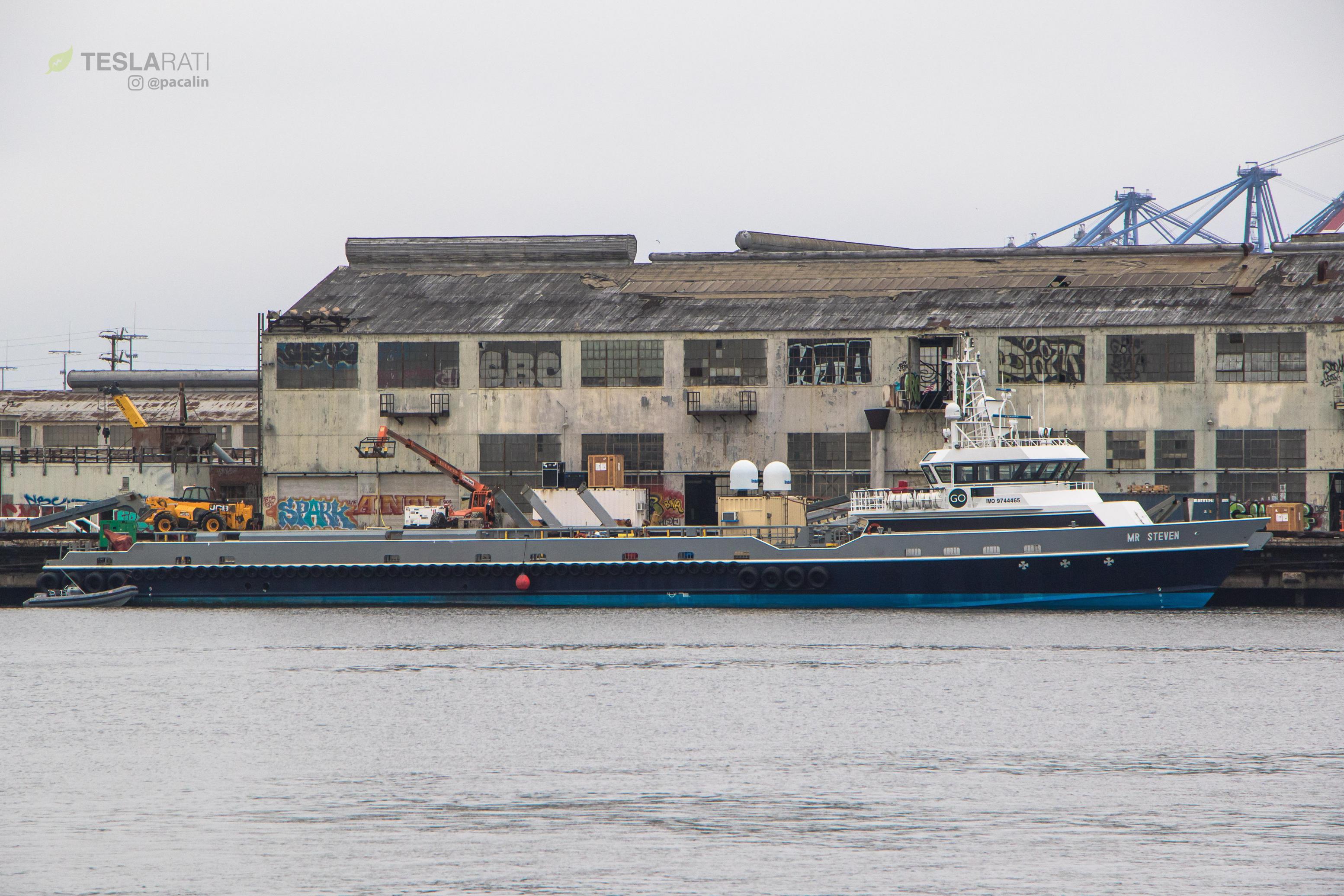 Photos from Teslarati photographer Pauline Acalin show that SpaceX’s Mr. Steven fairing recovery vessel is undergoing extensive upgrades to the arms that secure the catch net, likely in support of what CEO Elon Musk described as a factor-of-four extension of the net’s catching area.

In order to accomplish that fourfold increase in usable area, SpaceX will have to effectively double the reach of Mr Steven’s four ‘limbs’, a significant change that explains why the vessel appears to have had all four arms amputated. Intriguingly, the vessel’s upgrades are taking place at SpaceX’s recently-leased Berth 240, the company’s preferred location for berthing its fleet of rocket recovery vessels, conducting Falcon 9 booster recovery ops, and -eventually – the first Mars rocket factory in 2019.

As of now, it’s unclear what approach SpaceX will take for upgrading Mr Steven’s arms – with only one detached example visible at Berth 240, it appears that the company will either add on to the hardware already built for the boat or start from scratch in order to optimally extend their reach. A new net, of course, will also be needed to span the fourfold increase in area – in other words, up to roughly 6000 square meters, 65,000 square feet, or 1.5 acres. I have little doubt that SpaceX will be able to reliably catch Falcon 9 payload fairings with a net as large or larger than American and European football fields (~1.3 acres vs. ~1.7 acres).

SpaceX’s has roughly four weeks until their next West coast launch and thus another opportunity to attempt to catch a Falcon 9 payload fairing. That mission is currently scheduled for early July 20th from Space Launch Complex 4E (SLC-4E) in Vandenberg Air Force Base. Teslarati’s West coast photographer will continue to check up on Mr Steven to judge whether the vessel will be ready in time for launch. 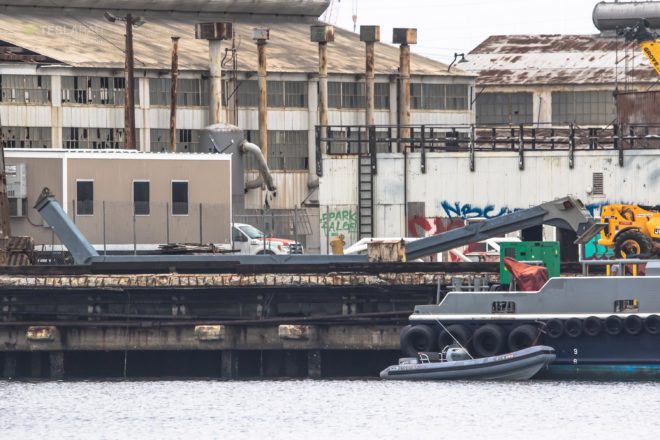 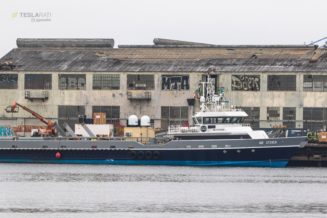 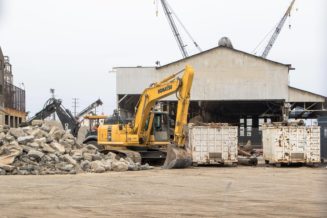 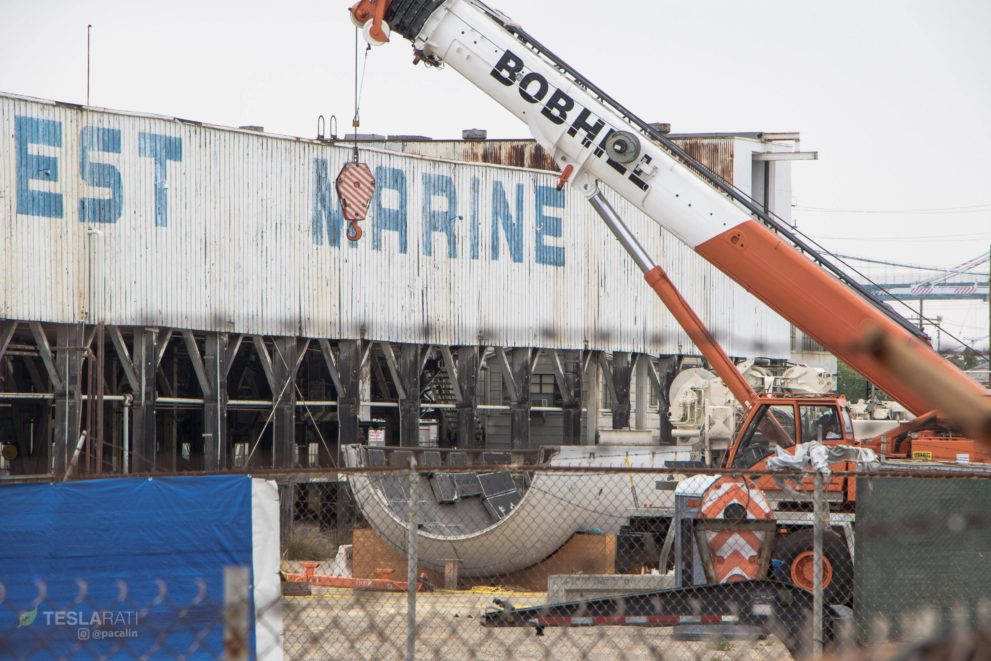 Meanwhile, serious demolition has begun at Berth 240, likely preparing a number of basic necessities before any major building begins. A giant pile of broken concrete lays witness to that process, likely involving the appraisal, repair, and replacement of utilities and pipe systems currently buried under the facility. Forlorn Falcon 9 payload fairings – pulled intact out of the Pacific Ocean – can be seen stoically looking on while construction crews begin the first steps of a process that will, at least eventually, culminate in the completion of a factory for the rocket that will obsolete Falcon 9, Falcon Heavy, and their fairings.

Based on land use approvals published in March 2018, the construction will be cut into two phases, with phase one focusing on a smaller, intermediary building capable of support limited Falcon recovery work and potentially initial BFR prototype construction, allowing that process to be moved from the temporary tent it currently is housed in. Phase 2 would see a larger build constructed around the preceding facility, necessitating the demolition of one of Berth 240’s historic buildings. Per the filings, Phase 1 is expected to be finished within 16-18 months of approval, placing its completion sometime in mid to late 2019. 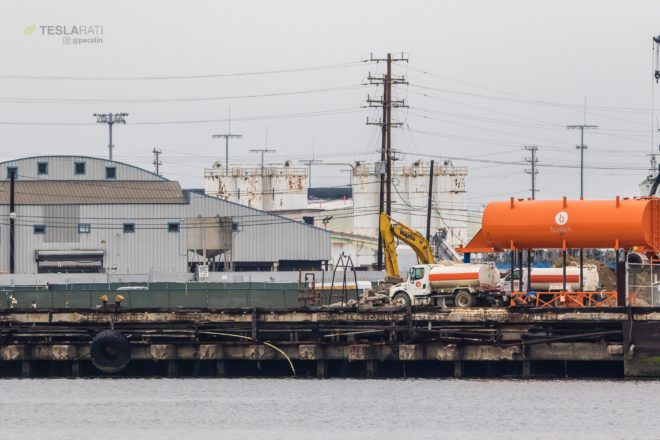 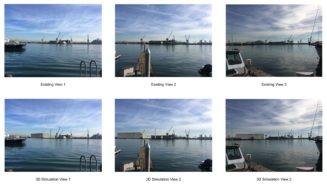 Renders of the proposed BFR factory at Berth 240. (SpaceX) 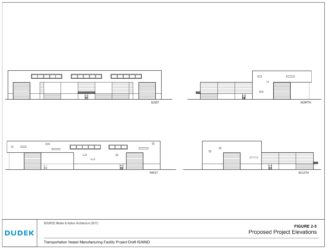