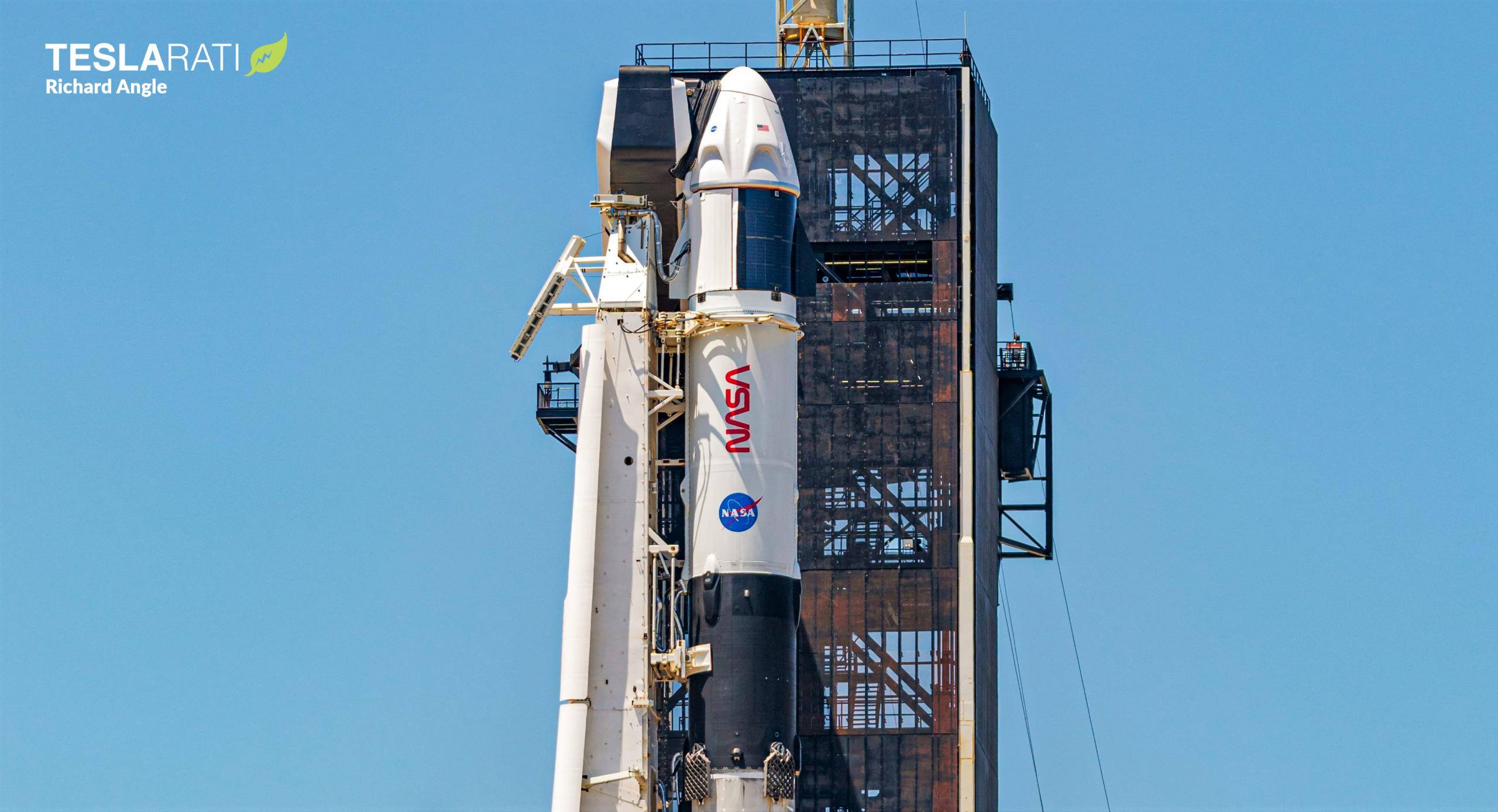 NASA has confirmed that SpaceX is on track for its second operational astronaut launch on Friday, April 23rd. (Richard Angle)

Update: NASA and SpaceX have confirmed that they are set for a historic astronaut launch with a reused Falcon booster and Dragon capsule on Friday, April 23rd.

Delayed from April 22nd by weather hundreds to thousands of miles downrange, those sea conditions – appear to have settled down – at least for now – and weather at the launch pad itself is about as good as it gets on the central Florida coast.

An official livestream hosted by NASA and SpaceX will begin around four hours prior to Crew-2’s 5:49 am EDT (09:49 UTC) liftoff. Stay tuned for updates and tune in below around 1:49 am EDT to watch all of the launch proceedings live.

SpaceX’s second operational Dragon astronaut launch and one of the biggest milestones in the history of rocket and spacecraft reuse will have to wait until Friday after bad ‘abort’ weather tripped up an otherwise excellent Thursday launch attempt.

Aside from nature’s boundless chaos, all other elements of SpaceX and NASA’s Crew-2 astronaut launch are in excellent condition and ready for flight – now scheduled no earlier than 5:49 am EDT (09:49 UTC) on Friday, April 23rd.

As previously discussed on Teslarati, both Falcon 9’s first stage and Crew Dragon’s recoverable capsule are flight-proven, making Crew-2 the first time in history that a private company – or anyone, for that matter – has attempted to launch astronauts with a reused liquid rocket booster or flight-proven space capsule, let alone both at the same time.

“In essence, success would mean that SpaceX has unequivocally proven that a private company can develop – nearly from scratch – methods of rocket and spacecraft reusability that are so successful and reliable that perhaps the most risk-averse customer on Earth is willing to place the lives of its astronauts in the hands of those flight-proven spacecraft and rockets. If SpaceX can accomplish that feat with Falcon 9 and Crew Dragon, there is no practical reason to doubt that it can be repeated with Starship – a vehicle that has already piqued NASA’s interest.”

Thus far, both Falcon booster B1061 and Dragon capsule C206 have sailed through their prelaunch processing, most recently culminating in a flawless static fire test and ‘dry dress’ rehearsal late last week. Since then, NASA and SpaceX have continued to analyze data and inspect hardware but are otherwise simply waiting on the weather. Both on Thursday and Friday, weather at the pad itself (and in the region of the Atlantic where Falcon 9’s first stage will be landing) is about as good as it gets, offering just a 10-20% chance of conditions that could scrub the launch.

Unfortunately, things aren’t quite that easy. Due to the fact that NASA and SpaceX have to ensure that thorough contingency plans are in place in case of a launch failure and Dragon abort, Crew Dragon launches also have to take into account weather conditions and sea states across a ~3200-kilometer (~2000 mi) corridor stretching from the Central Florida coast to Ireland. With such a vast expanse of the ocean in focus, the odds that all possible abort scenarios will result in a safe splashdown and astronaut recovery start to become akin to winning the lottery.

In the case of Crew-2, the weather somewhere along that vast tract of the Atlantic Ocean isn’t behaving, leading NASA and SpaceX to delay the launch from Thursday to Friday. If Friday’s attempt suffers the same fate, orbital mechanics will push the next launch opportunity to Monday, April 26th. As always, SpaceX will stream the launch live. Tune in around four hours before liftoff at SpaceX.com.