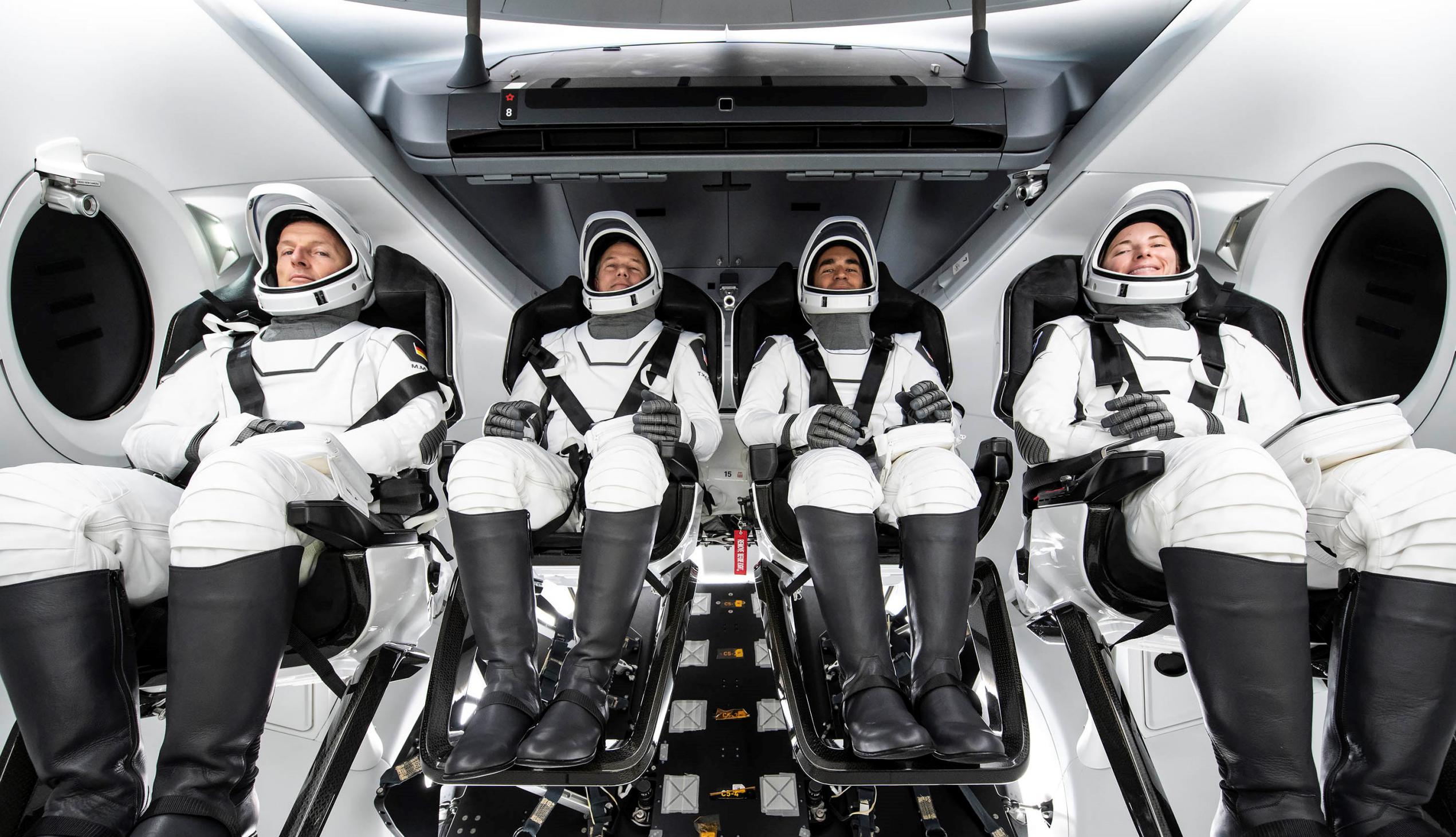 After initially moving forward 24 hours from October 31st to October 30th, SpaceX’s next Crew Dragon astronaut mission has slipped back to its initial Halloween launch date.

Again scheduled to lift off around 2:21 am EDT (UTC-4) on Halloween morning, SpaceX’s Falcon 9 rocket and Crew Dragon spacecraft are on track to support their third operational NASA astronaut launch since November 2020. Known as Crew-3, the mission will carry NASA astronauts Thomas Marshburn, Raja Chari, Kayla Barron, and ESA (European Space Agency) astronaut Matthias Maurer to the International Space Station (ISS). A few weeks later, Crew-3 will take over command of the US ISS segment, allowing Crew Dragon Crew-2 astronauts Shane Kimbrough, Megan McArthur, Akihiko Hoshide, and Thomas Pesquet to return to Earth after some six and a half months in orbit.

Unlike Crew-2, which became the first astronaut launch in history to use a flight-proven orbital space capsule in April 2021, Crew-3 astronauts will head to the ISS inside a new capsule. Likely to be Dragon 2 capsule #10 (C210), SpaceX says it will be the first of at least two new Crew Dragons scheduled to join the company’s fleet of reusable crew capsules between now and mid-2022. Each Dragon 2 capsule (Crew and Cargo variants) is designed and rated to complete at least five orbital spaceflights before retirement and there’s a good chance that that five-flight limit can be expanded if needed.

When the Commercial Crew Program culminated in NASA awarding SpaceX $2.6B to develop Crew Dragon and Boeing $4.2B to develop Starliner, the goal was always to field two redundant crew transfer vehicles and then alternate launches of those vehicles every six or so months. However, despite charging NASA almost two-thirds more than SpaceX to provide the exact same service, Boeing’s Starliner program has run into numerous hardware and software issues over the last two years, causing major delays.

As a result, more than 31 months after a SpaceX Crew Dragon aced its first uncrewed test flight to and from the space station and almost 18 months after Dragon launched its first two astronauts, Boeing’s Starliner has yet to complete a successful orbital test flight and yet to launch a single astronaut. Recently, Boeing’s second uncrewed test flight – required after Starliner suffered near-catastrophic software failures on its first attempt – has been delayed by chronic valve issues from July or August 2021 to May 2022. NASA has also begun shuffling astronauts originally scheduled to launch on Starliner’s Crew-1 equivalent mission to Crew Dragon’s August 2022 Crew-5 mission.

Starliner’s first crewed flight test (CFT) is entirely dependent upon the near-flawless success of OFT-2 – far from guaranteed. Per Boeing’s senior Starliner program manager, the current best-case scenario would see the company launch CFT six months after OFT-2 – no earlier than November 2022 if OFT-2 flies next May. In other words, based on the program’s history of chronic delays, it’s more likely than not that Starliner won’t fly crew until early 2023. Given Crew-5’s August 2022 launch target, Boeing would have to ace its crewed flight test, pass extensive NASA post-flight reviews, and achieve NASA certification in just a month or two for SpaceX and Crew Dragon to not end up flying Crew-6 in February or March 2023.

Put simply, Boeing has gotten itself into a situation where it would take a minor miracle for Starliner to complete a single operational launch before SpaceX launches all six NASA Crew Dragon missions currently on contract – and back to back, no less. Crew-3 will mark the halfway point to a milestone that would have been unfathomable just a few years ago.