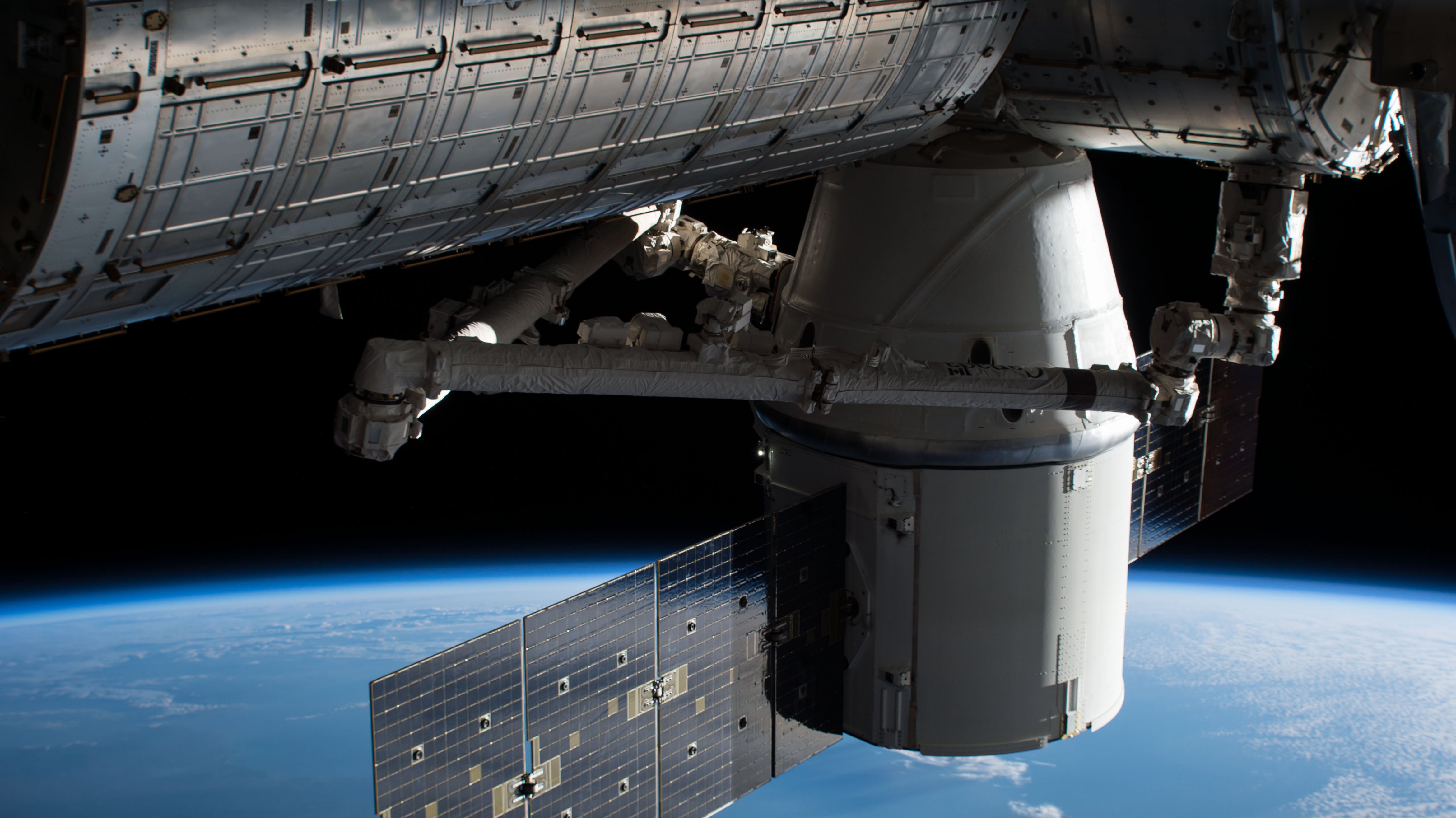 Over the past few weeks, conference presentations given by SpaceX employees like Joy Dunn and Paul Wooster have kicked off with an updated intro reel including unseen slow-motion footage of Falcon Heavy and detailed looks at the company’s spacesuit and Crew Dragon capsule.

Those in the habit of catching SpaceX launches live will be readily familiar with the company’s intro reel – it’s marked the start of live coverage for nearly every webcast in the past three or more years. The current intro reel has remained more or less unchanged since the first successful Falcon 9 booster recovery in December 2015, and this updated intro reel will be a breath of fresh air for what is still admittedly an amazing video. Still, it’s hard to say “no” to slow-motion footage of Falcon Heavy.

Most recently shown at an MIT Media Lab conference during SpaceX Principal Mars Development Engineer Paul Wooster’s presentation, the new reel has – somewhat unsurprisingly – been built around the incredibly successful inaugural Falcon Heavy launch, as well as some more recent footage of the company’s Cargo Dragon docking with the International Space Station. Additional clips show what appears to be details of the finalized Crew Dragon – set to debut in late 2018 – and a closeup of SpaceX’s internally-designed spacesuit. Sticking out as the only truly unusual snippet, the end of the new reel features parts of the animation SpaceX released in 2016 during the debut of their Mars rocket, the Interplanetary Transport System (ITS), which has since been replaced with the similar but different BFR.

While entirely possible that the inclusion of ITS footage in an intro reel clearly updated since 2018 is intentional, it seems more likely that SpaceX has yet to publicize this new video partially because they don’t yet have a similar animation featuring their updated Mars rocket and spaceship. CEO Elon Musk’s recent comments on the encouraging progress being made with the design and construction of the first BFR prototype suggests that such an updated animation could be just around the corner, if not full-up teaser photos of the construction progress. Set to begin suborbital hop testing as early as the first half of 2019 and orbital launches by end of 2020, SpaceX’s Mars ambitions may still feel far away, but the tech that could make them real is already undergoing preliminary construction and testing.

Sooner still is SpaceX’s upcoming debut of Crew Dragon, the spacecraft that will eventually both carry astronauts to the ISS and later replace Cargo Dragon. Initially intended to land near the launch pad on legs, akin to Falcon 9, SpaceX has since canceled that work, largely due to numerous delays that would have almost certainly been incurred in the process of NASA certification of such a new and unproven technology. Instead, Musk made it clear that SpaceX would instead put its time, energy, and money into the development of BFR and BFS, sidestepping NASA’s sometimes-smothering and counterproductive paternalism for the time being.

Crew Dragon will instead be recovered after landing in the ocean, a disappointing concession that is at least partially cushioned by SpaceX’s recent successes and growing expertise with the reuse of their similarly sea-recovered Cargo Dragons. While ocean-recovery certainly won’t lend itself to ease of reuse quite as readily as powered landings, SpaceX will likely be able to significantly drop the cost of Crew Dragon launches in the future by efficiently refurbishing each recovered capsule. Less likely but still a possibility, the company could adopt something similar to the fairing-catcher Mr Steven – essentially a giant net aboard a highly-maneuverable boat – to recover Crew Dragon without submerging the spacecraft in saltwater. As of March 2018, at least according to NASA’s Kennedy Space Center director, SpaceX is still on track to conduct its first uncrewed launch of Crew Dragon as early as August 2018, with the first crewed mission following in December 2018 if all goes well.

ITS was much wider and taller than the updated BFR, making it considerably easier to develop. (SpaceX) 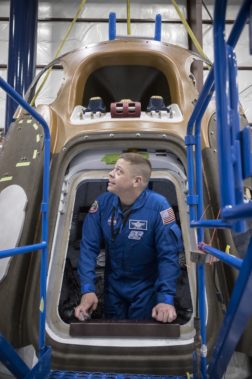 Astronaut Bob Behnken emerges from the hatch of a SpaceX Crew Dragon spacecraft in manufacturing at SpaceX’s headquarters and factory in Hawthorne, CA. (SpaceX)

SpaceX’s spacesuit is a critical component of their crewed spaceflight efforts, and has been designed and built in-house to ensure that astronauts can survive the emergency depressurization of a Crew Dragon capsule, evidenced by Musk’s recent suggestions that senior suit engineers successfully survived stints in a vacuum chamber while wearing it. Thanks to the staggering success of Falcon Heavy and its iconic Starman and Tesla Roadster payload, SpaceX’s spacesuit will undoubtedly be a badge of honor for all future astronauts who fly aboard Crew Dragon.

Starman gives one final farewell to Earth as he departs for deep space aboard Musk’s Tesla Roadster. (SpaceX)