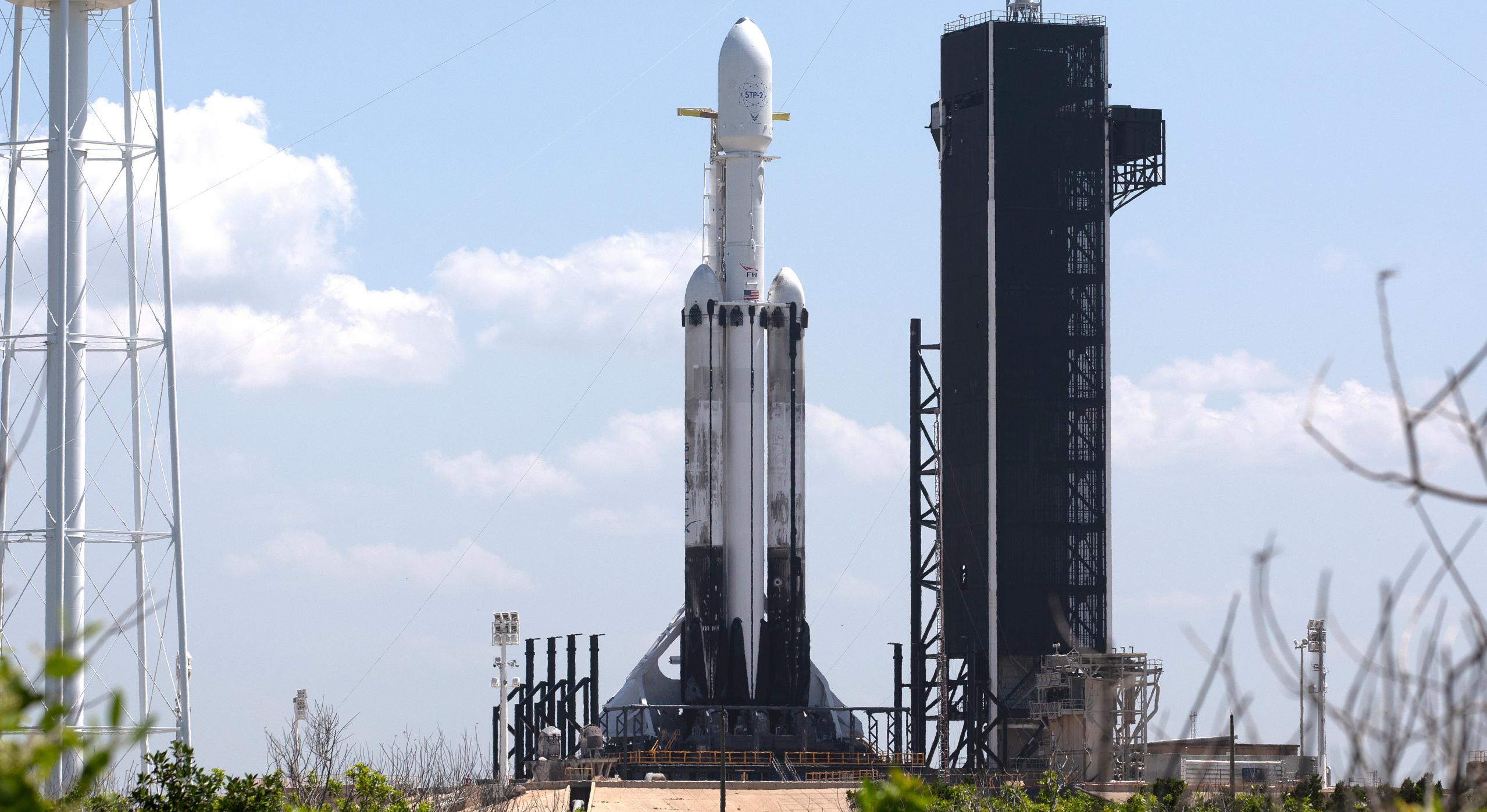 Years before the space agency’s flagship Europa Clipper mission is scheduled to lift off, NASA and SpaceX are already determining the specifics of the launch – including which Falcon Heavy boosters will support it.

On July 23rd, 2021, after years of rumors, NASA officially announced that it no longer planned to launch Europa Clipper on its own SLS rocket and would instead contract with SpaceX to send the spacecraft to Jupiter on a Falcon Heavy. In terms of sheer prestige, no other mission on Falcon Heavy’s manifest comes close. Expected to weigh around six tons (~13,000 lb), Europa Clipper is a building-sized spacecraft that aims to orbit Jupiter for years, performing dozens of flybys of the planet’s icy moons – several of which almost certainly have liquid oceans.

Europa – the mission’s namesake – is its primary focus and whether or not the funding or political motivation for such an ambitious mission transpires, Europa Clipper was always partially meant to be a scouting mission for a nuclear-powered lander. On its own, though, Clipper has already blown past its original $2B budget target from 2013 and is now on track to cost more than $4.5B, making it the most expensive NASA mission currently in development – second only to the ~$9B James Webb Space Telescope (JWST). In other words, NASA is entrusting SpaceX to launch what is perhaps the most expensive mission to the outer solar system in the history of planetary exploration.

That makes it all the more noteworthy that NASA has already given the okay for SpaceX to plan to launch Europa Clipper on a Falcon Heavy rocket with at least two of its three boosters already flight-proven. According to mission scientist Bob Pappalardo, Clipper Mission Design Lead Brett Buffington revealed in spacecraft “System Integration Review” that SpaceX intends to reuse two Falcon Heavy side boosters that are currently scheduled to debut as early as next year on a different NASA mission. Known as Psyche, that mission – also scheduled to fly on Falcon Heavy – is scheduled to launch no earlier than (NET) August 2022 and is designed to explore an asteroid that’s believed to be almost entirely composed of metal.

With Europa Clipper scheduled to launch NET October 2024, that undoubtedly makes this the earliest a Falcon booster assignment has ever been confirmed – and probably the earliest SpaceX itself has assigned flight-proven boosters to a specific mission. It also makes those particular boosters quite special. Unlike Psyche, which will leave plenty of margin for SpaceX to recover at least two of Falcon Heavy’s three boosters, Europa Clipper will need almost every ounce of performance the rocket can give to send the much larger spacecraft much faster and further. Barring a major surprise, that means that Falcon Heavy will launch Europa Clipper in a fully expendable configuration.

For SpaceX, being able to use at least two flight-proven proven boosters on that expendable mission will make expending two Falcon Heavy boosters – which are otherwise capable of launching at least ten times in their lifetimes – a much easier pill to swallow. For NASA, the space agency is likely already familiar with the reality that flight-proven hardware actually improves schedule confidence, which is crucial for a mission like Europa Clipper thanks to its 21-day launch window.

Nonetheless, it does still raise the question of whether NASA will allow SpaceX to fly Psyche’s Falcon Heavy side boosters once or even twice more in the more than two years they’ll otherwise have to spend in storage between Psyche and Europa Clipper. A Falcon Heavy rocket is currently scheduled to launch a commercial Moon lander and NASA’s VIPER Moon rover as early as Q4 2023. Most recently, NASA purchased a Falcon Heavy to launch NOAA’s GOES-U weather satellite NET Q2 2024. In 2022 alone, SpaceX also has at least three other non-NASA missions scheduled to launch before Psyche, raising another possibility that Psyche itself might fly on once-flown boosters that would then fly a third, fourth, or even fifth time with Europa Clipper.

That might seem like an unlikely possibility but NASA has already shown that it’s happy to launch Cargo Dragons on boosters with multiple non-NASA missions in their pasts and will soon launch DART – an asteroid impact spacecraft – on another Falcon booster that last launched Starlink satellites. Additionally, with Arabsat 6A and STP-2, SpaceX already demonstrated in 2019 that it can launch Falcon Heavy, recover its two side boosters, and relaunch those same boosters on a different Falcon Heavy mission less than two months later – and for the US military, no less.