SpaceX engineers and technicians have just completed the second on-pad static fire of a Falcon 9 Block 5 booster, and another test is scheduled on the opposite coast for a different upgraded booster in roughly two days.

Penciled in on July 22 and July 25, these imminent back to back launches will mark the effective beginning of the highly-reusable Block 5 era now that all older versions have flown for the last time. Crucially, the practice of intentionally expending reused boosters will almost certainly come to an end for the indefinite future, beginning with these next missions. Both new cores will land aboard drone ship pair Just Read The Instructions (JRTI; West Coast) and Of Course I Still Love You (OCISLY; East Coast), and both autonomous vessels will be simultaneously stationed at sea for the second time ever.

This rare dual drone ship deployment will likely become a regular occurrence for SpaceX Falcon 9 and Falcon Heavy recoveries over the course of the rest of 2018 and 2019, as higher rates of launch from both East and West coast launch facilities and the unlikelihood of a Block 5 booster being expended will translate to a much greater need for the giant rocket recovery vessels.

In fact, the 7-10 days it takes drone ships to travel from their ports of call to booster landing points and back to port again will likely be the most insurmountable constraint on launch cadence, at least for the Falcon family – high energy missions could only be completed every ten or so days on the East Coast, at least until a third drone ship is brought online. To be named A Shortfall of Gravitas (ASoG), a third autonomous spaceport drone ship (ASDS) is in fact planned as an expansion of SpaceX’s fleet, although it’s unknown if the vessel is under construction now, nor when exactly it’s expected to enter service. 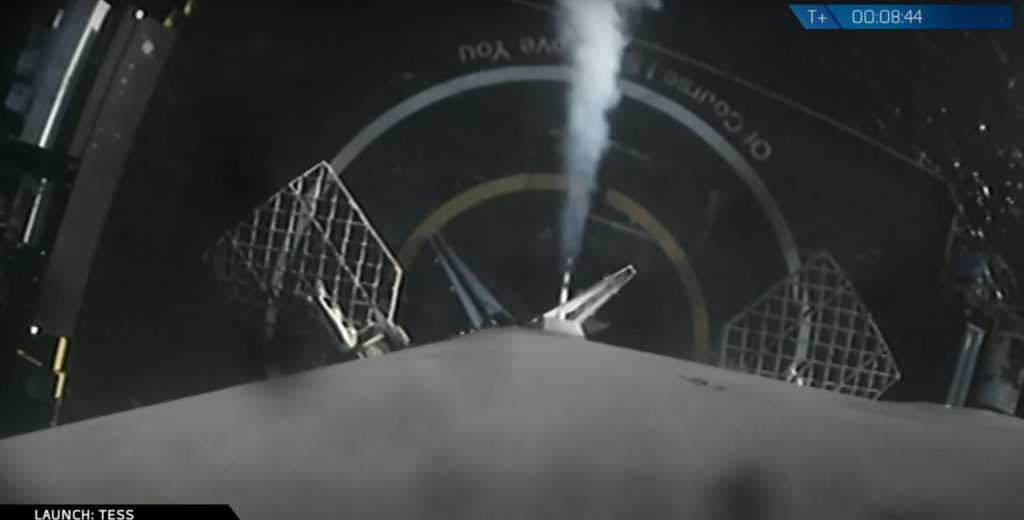 SpaceX’s next three missions from its Florida-based LC-40 pad all happen to feature Block 5 Falcon 9 boosters tasked with placing heavy communications satellites in high-energy orbits, and all three launches are currently paced roughly two weeks apart – July 22, August 2, and August 18. That consistent two-week cadence on SpaceX’s launch schedule is for the most part driven equally by launchpad readiness and drone ship availability, both of which require some amount of refurbishment or maintenance after launches/landings.

On the West Coast will be the launch of Iridium NEXT-7 on July 25, carrying ten Iridium NEXT satellites atop a Block 5 booster. That booster – as well as at least two of the three East coast boosters – will be fresh from the factory, conducting (hopefully) the first of many future missions apiece. Excitingly, the planned recovery attempt after Iridium-7 will bring to an end a nearly 10-month drought of rocket landings aboard drone ship JRTI. Further, it looks like chances are good that Iridium-7 will also see recovery vessel Mr Steven break in his massive new net and arms in with an attempted catch of a Falcon 9 fairing half. 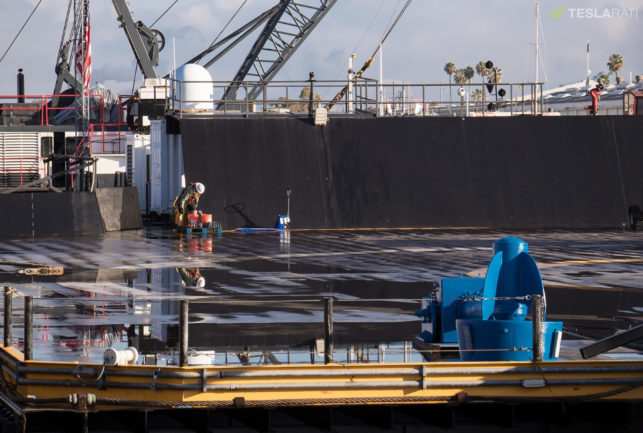 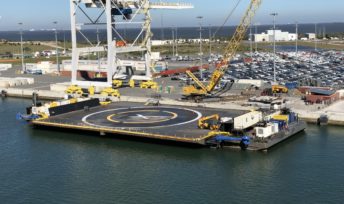 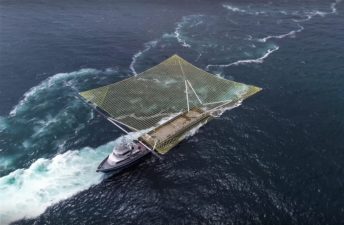 Mr Steven testing his new net in a series of sea trials, July 11