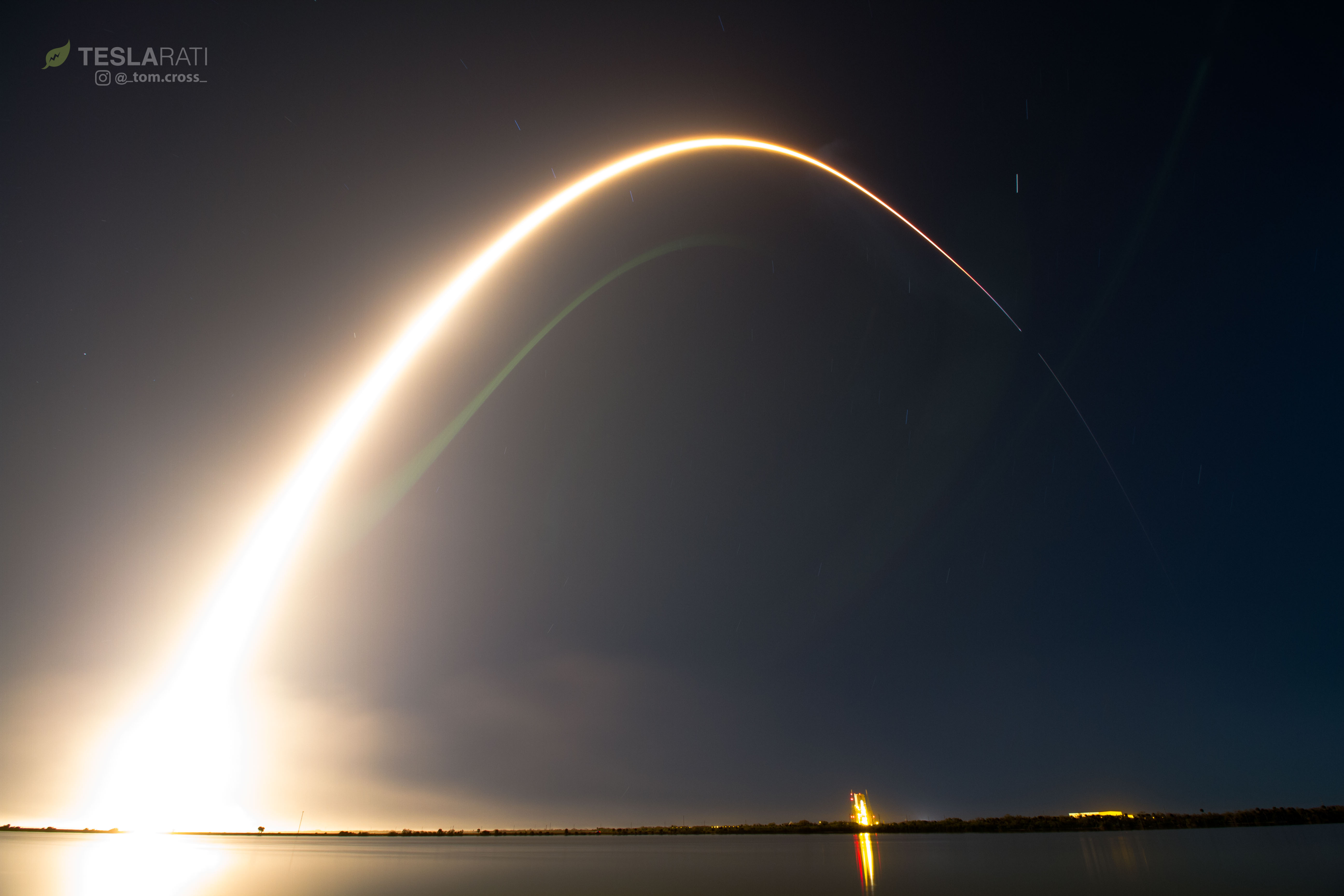 SpaceX has successfully completed the 50th launch of Falcon 9 a bit less than eight years after its 2010 debut, and has done so in a fashion that almost perfectly captures the veritable tsunamis the company has begun to make throughout the global aerospace industry. After a duo of delays due to hardware issues and range conflicts, this evening’s launch successfully placed Hispasat 30W-6 into a geostationary transfer orbit (GTO), where the massive ~6100 kilogram communications satellite will now spend several months raising its orbit to around 36,000 km (22,000 miles) above Earth’s surface.

Falcon 9 flight 50 launches tonight, carrying Hispasat for Spain. At 6 metric tons and almost the size of a city bus, it will be the largest geostationary satellite we’ve ever flown.

Aside from becoming the heaviest commsat the company has yet to launch into GTO, the mission’s anticipated landing attempt stirred up quite a bit of intrigue and uncertainty in the spaceflight fan community. Stormy Atlantic seas, partially connected to the chaotic weather recently seen on the East coast, proved to be far too dangerous for SpaceX’s eastern recovery fleet and its drone ship, OCISLY, and they returned to Port Canaveral around 48 hours ago, under the watchful eyes of many anxious SpaceX followers. Tragically, this means that the brand new Falcon 9 booster (B1044) – originally expected to attempt perhaps the most difficult landing yet – had to be expended. Although the booster went through its paces as if it were preparing to land, it found no drone ship beneath it once it reached sea level, and subsequently dunked into the stormy Atlantic seas.

However, due to the last-minute nature of SpaceX and Hispasat’s decision to expend the booster rather than delay for better recovery conditions, launch technicians at Pad 40 simply did not have time to remove the rocket’s iconic landing legs and valuable titanium grid fins – the first time their titanium iteration has been chosen for a Falcon 9 to resist extreme reentry heating. Due to massive swells, recovery of even pieces of the expended booster – theoretically following a soft landing – will not be possible, as no SpaceX recovery vessels remained at the planned point of touchdown 400 miles off the Florida coast. Notably, following the successful inaugural flight of Falcon Heavy, CEO Elon Musk stated that upgraded titanium grid fins were “super expensive” and unequivocally “the most important thing to recover.” SpaceX’s decision to expend Falcon 9 B1044 without even sparing the time to remove the booster’s recovery hardware and titanium fins demonstrates just how focused the company is on its customers’ needs. In the case of geostationary communications satellites like Hispasat 30W-6, launch delays on the order of a few days can cause millions of dollars of financial harm to the parent company – each day a satellite spends on the ground orbit is also a day with no revenue generation, a less-than-thrilling proposition to shareholders. 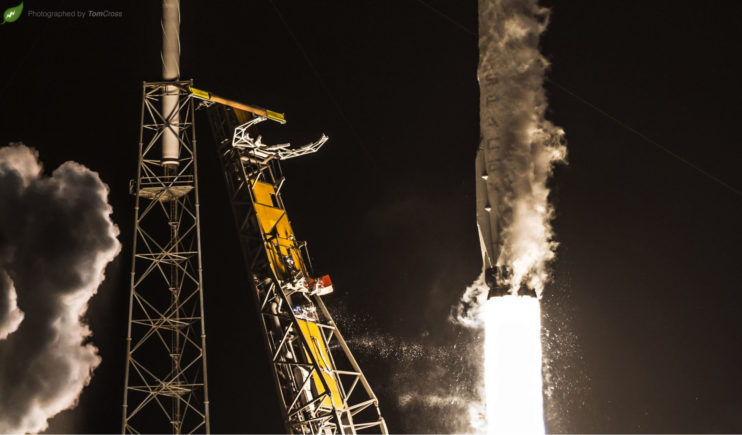 Falcon 9 1044 lifts off for its first and last time in a breathtaking display of power. (Tom Cross) 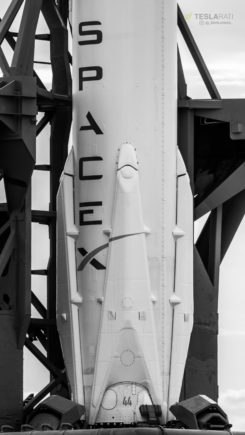 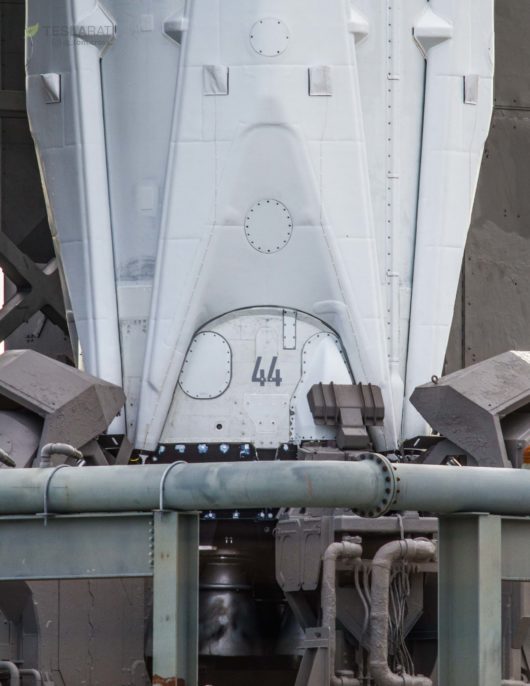 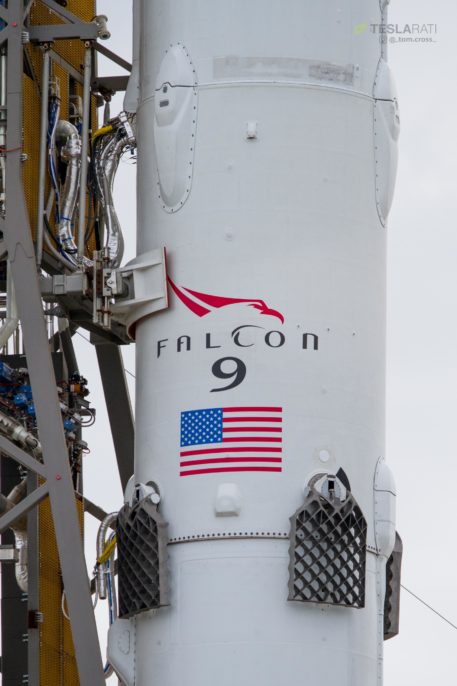 B1044 sadly lost any hope at a second flight, but the data SpaceX gathered from its uniquely fast reentry and attempted soft-landing will hopefully pave the way for the recovery of Falcon 9 and Heavy boosters after all but the heaviest satellite launches. GovSat-1, a launch that saw its flight-proven booster famously survive a similarly hot landing in the ocean, was the first largely successful test of this new and experimental method of more efficiently recovering Falcons. By igniting three of its nine Merlin 1D engines instead of the usual single engine while landing, Falcon boosters can theoretically reduce the amount of fuel needed to safely land, fuel savings that can then be used to push its payloads higher and faster. However, the downsides of this approach are several. With three times as many engines igniting at landing, the margin of error for a successful landing becomes downright miniscule – the tiniest of problems with ignition, throttle control, or guidance could cause the rocket to smash into the drone ship at considerable speed. Additionally, triple the landing thrust would subject the booster to as much as 10Gs of acceleration (10 times the force of Earth’s gravity), forces that would almost instantaneously cause the average human (and even specially trained fighter pilots) to black out.

Regardless of 1044’s untimely demise, another successful mission for SpaceX is purely positive. Happy customers make for a happy company, and SpaceX has achieved an incredible consistency of success in the last year alone. The loss of a new, potentially-reusable Falcon 9 booster is sad, but it only serves to foreshadow the imminent introduction of Falcon 9 Block 5, an upgrade hoped to realize Elon Musk’s decade-old dream of rockets that can be reused as many as 10 times with minimal refurbishment, and 100 times with maintenance. That debut could occur as early as April, just a month away.

SpaceX successfully launched HispaSat into space tonight. This is a single 6-minute long exposure image of first and second stage burns. I was about 5 miles from the launch pad. #spacex #falcon9 @spacex @Teslarati @elonmusk pic.twitter.com/L11sunAATs