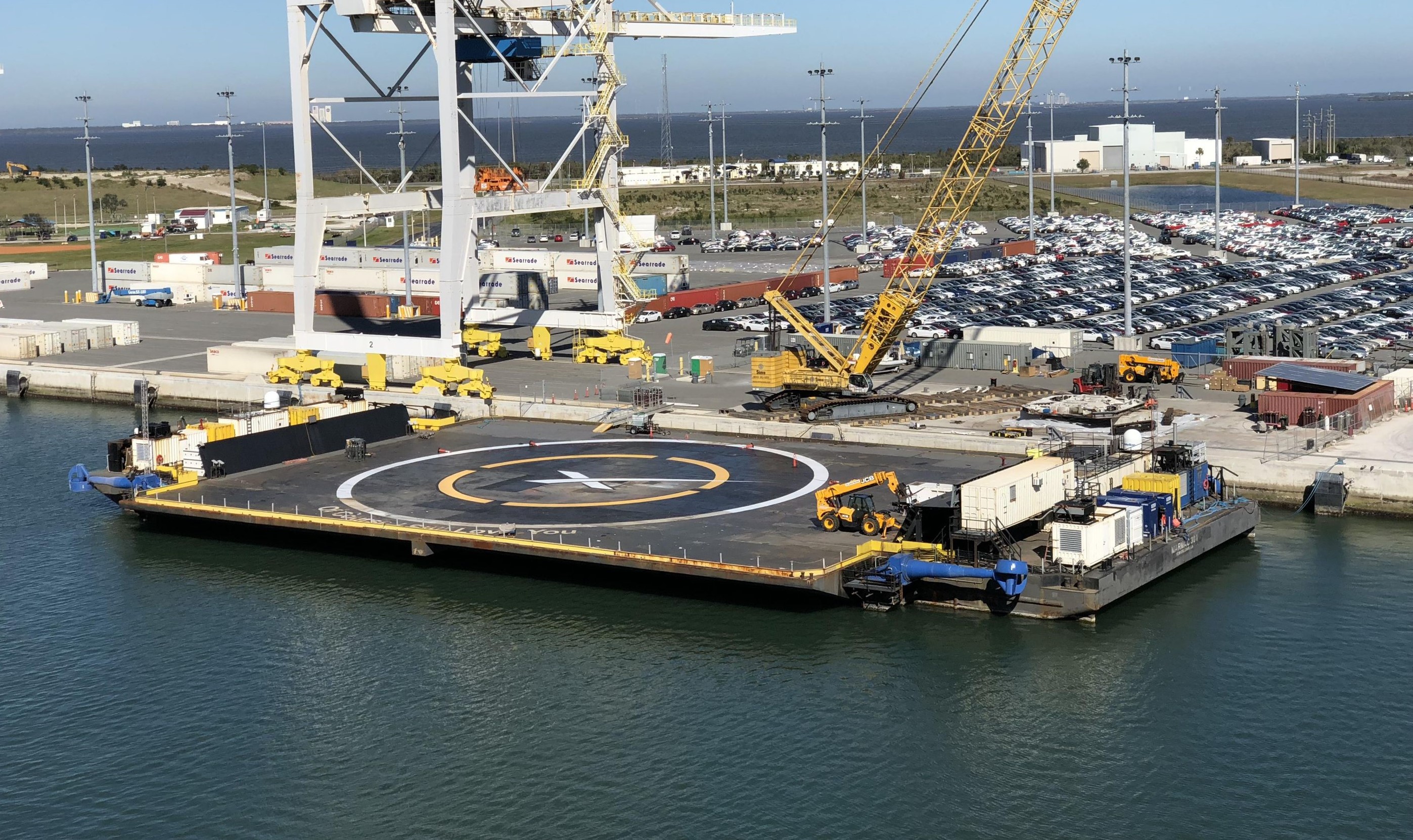 The vessel is to be named A Shortfall of Gravitas

After a highly informative series of Tweets revealed a great deal about SpaceX’s true Falcon Heavy pricing, CEO Elon Musk revealed that the rocket company was in the process of constructing a new autonomous spaceport drone ship (ASDS) for future ocean landings of the Falcon 9 and Falcon Heavy rockets. Following a line of two (really, three) eccentric drone ships, Just Read The Instructions (JRTI) and Of Course I Still Love You (OCISLY), Musk has chosen to continue the trend of using ship names from the acclaimed science fiction series Culture by Iain Banks – the third recovery vessel will be named A Shortfall of Gravitas.

Now, you might ask, why would SpaceX need a third drone ship for ocean recoveries? In fact, this has been a question posed by fans for at least several months. As SpaceX ramps up the frequency of their launches on the East coast, drone ship availability will quickly become a bottleneck for recovery – already, the launch of GovSat-1 occurred just a week before Falcon Heavy’s debut, a likely contributor to SpaceX’s decision to expend the booster in the ocean, rather than attempt recovery. For high energy launches like Falcon Heavy and GovSat-1, the drone ship has to travel several hundred miles East of Florida, and the round trip journey is at a bare minimum 6-7 days, usually more. Once in port after a recovery, SpaceX typically needs a solid 24-72 hours to remove the landed rocket booster from the ship and prepare the ASDS for another mission.

A third is under construction

With three drone ships, SpaceX will have no such problems, and could quite possibly support weekly high-energy launches of Falcon 9 with recovery, no need to pick and choose which boosters survive. Further, a second Eastern drone ship means that SpaceX can push Falcon Heavy even harder as a partially expendable launch vehicle, enabling the side boosters to both be recovered at sea. With the additional performance, this would allow, SpaceX could reach 90% of the performance of a totally expendable Falcon Heavy for a price just 5% higher than a fully reusable launch – $90m versus $95m.

Side boosters landing on droneships & center expended is only ~10% performance penalty vs fully expended. Cost is only slightly higher than an expended F9, so around $95M.

Ultimately, this news simply suggests that SpaceX is increasingly confident in their strategy of reusable rockets. Growing their fleet of recovery vessels will give the company added flexibility and allow for their already dead-cheap pricing to be even more competitive while they ramp up launch cadence and introduce an even more reusable variant of Falcon 9.