SpaceX Falcon 9 booster B1049 has completed its second successful launch and landing with a spectacular dawn return to Port of Los Angeles, where engineers and technicians will work to remove the rocket’s grid fins and landing legs and prepare the vehicle for transport to the company’s Hawthorne, CA factory and refurbishment facilities.

Once post-recovery processing is complete and B1049 is safe and snug inside one of SpaceX’s refurbishment facilities, the booster can be expected to be ready to perform its next (third) orbital-class mission perhaps just 2-3 months from now, whether or not there is a mission that needs its support.

Just ~48 hours after the Block 5 booster’s second successful launch and landing, this time aboard drone ship Just Read The Instructions (JRTI) after supporting the historic Iridium-8 mission, JRTI pulled into Port of Los Angeles with Falcon 9 in tow, backlit by a picturesque California sunrise. In September 2018, the same booster (B1049) successfully completed its launch debut from SpaceX’s LC-40 launch pad in Cape Canaveral, Florida before landing safely aboard drone ship Of Course I Still Love You (OCISLY).

This marks the second time ever that a Falcon 9 booster has launched from both coasts (Cape Canaveral, FL and Vandenberg, CA) and landed on both SpaceX drone ships (JRTI and OCISLY), an event that will likely become increasingly common as the company’s growing fleet of Falcon 9 Block 5 boosters become increasingly flexible and interchangeable. It’s also equally possible that – over time – a sort of regional fleet of Falcon 9s will ultimately accumulate at each of SpaceX’s three launch pads, ensuring that there is always a rocket ready and waiting to launch a customer payload with short notice and minimal production or refurbishment-related delays.

Falcon 9 B1049 and a few SpaceX recovery technicians serve as an excellent since of scale for launch photos. (Pauline Acalin) 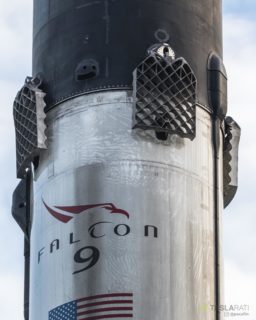 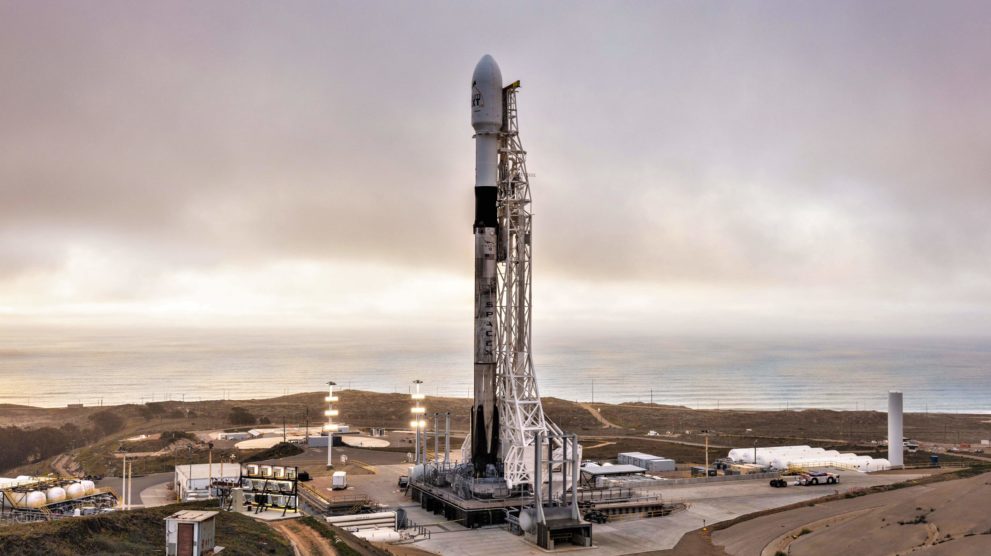 Falcon 9 B1049 seen vertical at SLC-4E prior to its second launch, the eighth and final Iridium NEXT mission. (SpaceX)

Among many of Falcon 9’s almost sculpture-like qualities, Teslarati photographer Pauline Acalin’s photos of the booster’s return exemplify just how reliably unperturbed Block 5 appears after performing multiple orbital-class launches, far from a rocket that traveled to ~90 km (~56 mi) while reaching speeds of 1.9 kilometers per second (6830 km/h, 4300 mph). SpaceX now reliably reuses Falcon 9’s titanium grid fins and landing legs with little to no refurbishment or touching up between launches and should eventually be able to retract the rocket’s legs after recovery, further cutting down on processing and refurbishment times.

As of today, it’s unclear how big of a role Falcon 9 Block 5 booster refurbishment has played into several hardware-readiness-related delays to several recent flight-proven Falcon 9 launches (SSO-A, SAOCOM 1A, and Iridium-8), but it is ultimately a fundamental reality of all manufacturing that rushing or ‘expediting’ work will typically hurt product quality and reliability and generally widen the cracks that mistakes can slip through. Interestingly, having a truly large fleet of flight-proven Falcon 9 Block 5 rockets on hand could dramatically improve the overall launch-readiness of Falcon 9 and Falcon Heavy and minimize chances of processing delays across the board.

SpaceX employees may already be to a point where they can plausible take stock of the company’s already-significant fleet of flight-proven Falcon 9s (B1046-B1049) to decide which booster is closest to launch-readiness before assigning it to a given mission. With four proven boosters on hand as of January 2019, options are fairly limited and regionality is likely to factor heavily into which booster launches which mission – there is no real cushion if problems arise with a given rocket or its preceding launch suffers its own delays. However, once that Falcon fleet grows to something like 10 or 15 booster, SpaceX could conceivably be able to guarantee booster availability regardless of prior launch delays or a given rocket’s condition after landing. 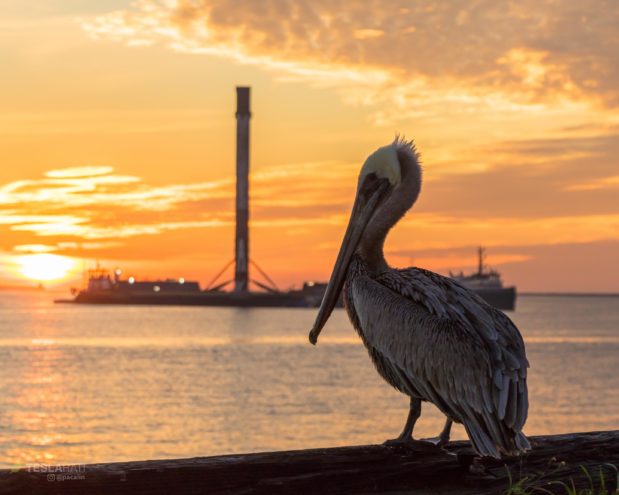 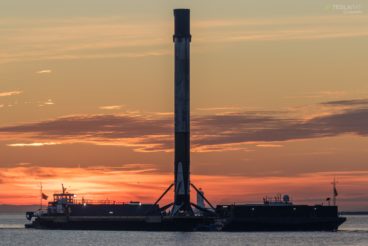 A bittersweet sunrise as Falcon 9 B1049 arrives in port. (Pauline Acalin) 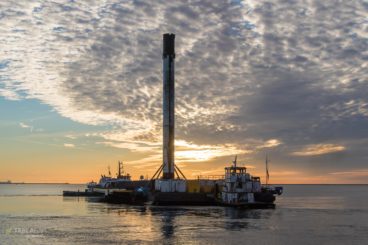 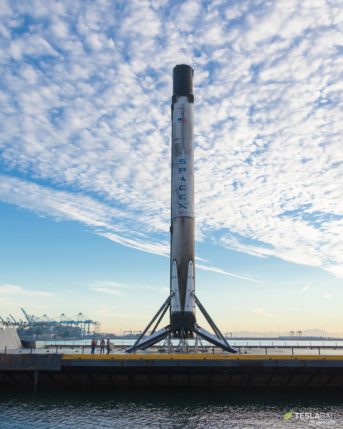 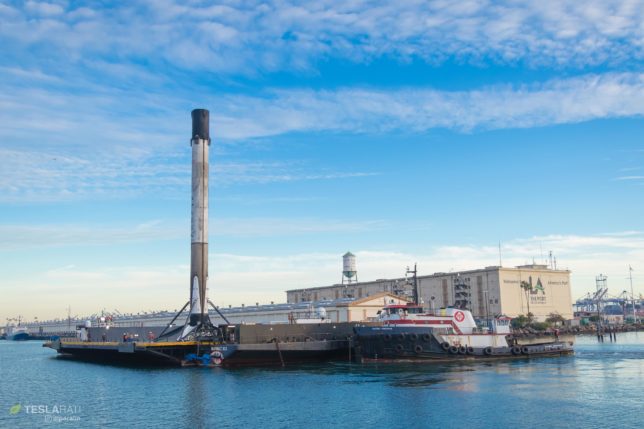 This  may well be far less sexy than SpaceX’s ultimate goal of drop-of-the-pin, 24-hour reusability for Falcon and BFR boosters, but the fundamental fact of the matter is that the company may well be able to derive a vast majority of that practice’s value by simply having a large, well-kept fleet of Falcon 9 boosters that are at least moderately reusable. For a hefty chunk of the probable near-term future, a large fleet of rockets each capable of launching every 30-60 days would likely be able to support launch cadences that are currently unprecedented for a single company or rocket (i.e. dozens of launches per year).

Time is money, of course, so minimizing the turnaround time of Falcon boosters will ultimately remain a major priority, especially as the prospect of Starlink launches loom.