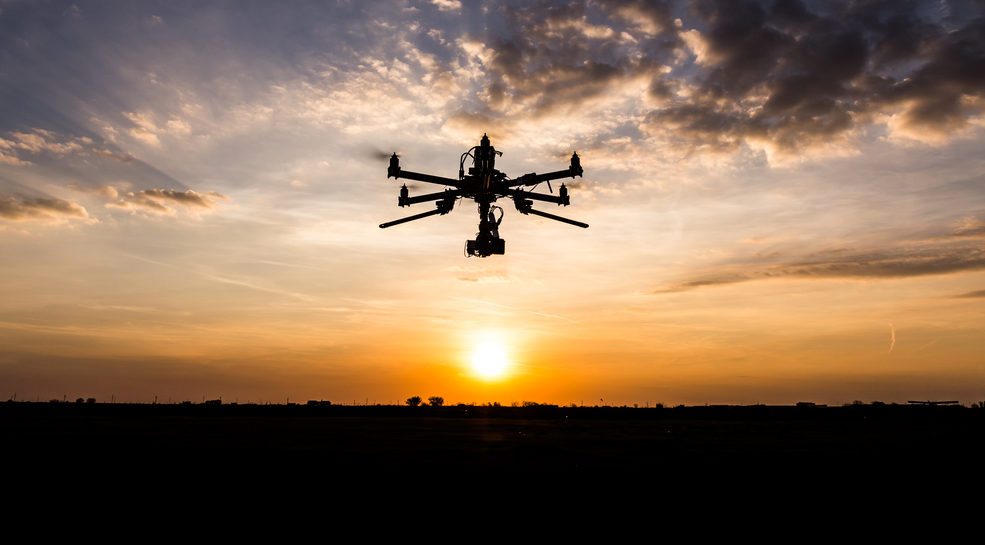 A Portland, Oregon-based company named Global Energy Transmission (GET) is developing a network of wireless charging hotspots for drones. With only six minutes hovering over a grid for a full charge, an electric industrial class drone can repeat the cycle of charging and flying until its battery is drained without ever having to land or connect to a cable using this technology. GET’s long-term vision includes a cell-tower like infrastructure comprising numerous charging stations, enabling indefinite flying time for drones in the network. If successful, this technology could reinvent the commercial drone industry, providing 24/7 solutions in dedicated areas for things like deliveries, monitoring, and security.

Per GET’s website, the drone built for the charging network technology weighs about 18 lbs without the battery, can carry about 15 lbs, and can fly for 28 minutes weighing 30 lbs at takeoff. The maximum flying speed is around 37 mph, and servicing of the drone is recommended every 300-1000 flight hours. The maximum power transmitted during the charging stage is 12kW – it consumes 1550W while hovering.

Overall, the GET charging grid looks generally like a hexagonal frame raised onto poles with wires laced throughout. Spanning 26 feet across, the frame’s size is designed to enable multiple drones to charge simultaneously. A working prototype of the full system has already been showcased, and numerous videos are also available for anyone interested in more detail about the development team’s process. One such video lasts over two hours to demonstrate multiple battery-drains and in-air recharges on a continuous feed.

Drones are currently being used to provide numerous consumer solutions in a wide variety of markets. Along with video and photography, these small flying crafts are being utilized or developed for places like the construction industry for mapping and site monitoring, search and rescue missions, and even transporting organs between hospitals. Of course, the short life span of a drone battery – about 22 minutes in most cases – is well known to drone pilots, making the potential for a wireless charging network an innovative opportunity. According to William R. Kallman, GET’s US Director and partner from the Draper Network in a recent interview, their technology could also be scaled up to transfer 200 kW of power in the future, putting drone taxis within the realm of GET’s potential customer base.

GET announced its charging system at the AUVSI Xponential May 2018 show in Denver, Colorado and made an appearance at this year’s Consumer Electronics Show 2019 in Las Vegas. While the company is officially based in the US, there is also a branch office and engineering center in Moscow, Russia. Their executives, as well as most of its team, are originally from Moscow with backgrounds in physics and chemical engineering, among others.

The company is currently taking pre-orders for its GET Air™ solution which will include a wireless power charger, a 26-foot diameter charging area/grid, and two GET Air™ industrial class drones with pre-installed wireless charging systems. Expansions are also available, including an Autonomous Power Module for independent power supply to charging stations with limited or no access to electricity. Operational and maintenance support are included, all for a package price of $120,000.

Watch the below video to see the GET drone charging system in action with some further details by their CEO: