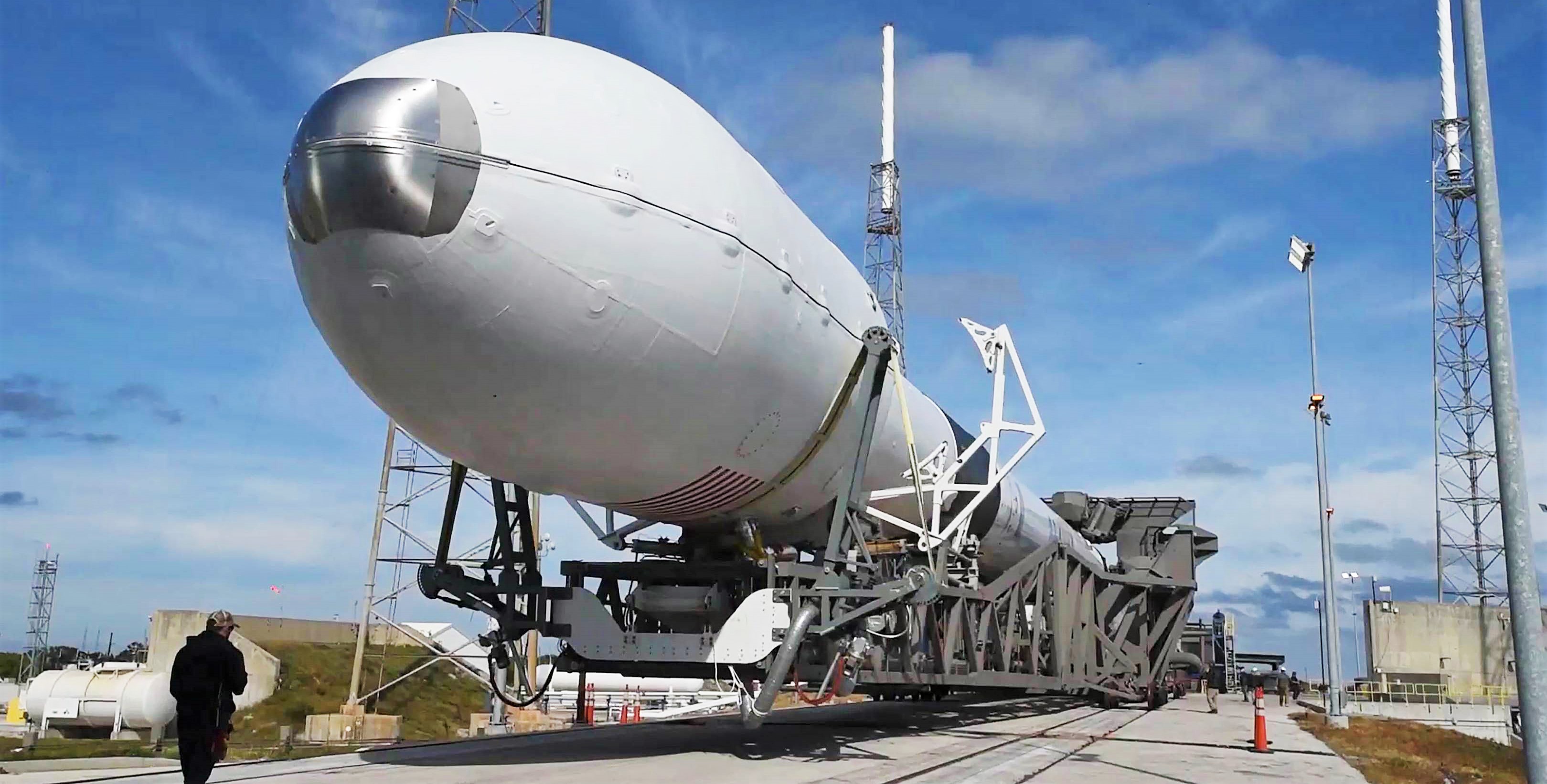 Reading between the lines, the US Air Force has effectively confirmed that GPS III Space Vehicle 03 (SV03) – the third GPS III satellite built by Lockheed Martin – is ready for launch aboard a SpaceX Falcon 9 rocket, scheduled no earlier than December 2019.

In December 2018, SpaceX successfully launched the first GPS III spacecraft aboard an expendable Falcon 9 Block 5 rocket, kicking off a launch campaign – shared between SpaceX and ULA – that will likely last until 2023 or 2024. Thus far, ULA has won a single GPS III launch contract, scheduled for July 2019, while SpaceX has won three (with options for two more). Thanks to competition forcefully reintroduced by a 2014 SpaceX lawsuit, the USAF – and thus US taxpayers – are likely saving a minimum of $50M per GPS III launch.

In late 2018, SpaceX’s closer followers were surprised to discover that brand new Falcon 9 Block 5 booster B1054 – the first to be officially certified for a critical operational military launch – was to be expended, making no attempt to land. This was confusing for several reasons.

“If Falcon 9 [was to be] expended solely because of mission performance requirements, despite the oddly low payload mass (~3800 kg) and comparatively low-energy orbit (~20,000 km), the only possible explanation for no attempted recovery would be the need for Falcon 9’s upper stage to circularize the orbit after a long coast. However, the mission parameters the USAF shopped around for would have placed the GPS III satellite into an elliptical orbit of 1000 km by 20,181 km, an orbit that would almost without a doubt leave Falcon 9 with enough propellant for a drone ship recovery.”
— Teslarati.com, December 2018

As it turns out, there was, in fact, nothing unique about the elliptical, medium-energy orbit GPS III SV01 was placed in. According to external analysis of the Falcon 9 upper stage’s final deorbit activities, SpaceX had “plenty of extra performance available”, objectively indicating that that excess performance was intentionally removed from booster B1054 at the cost of its ability to land. The (unconfirmed) reason for this is quite simple: the US Air Force chose extreme – perhaps even excessive – caution to account for the minute chance that myriad failures might happen mid-launch.

According to a USAF statement made in mid-May, GPS III Space Vehicle 03 (SV03) has been officially classed as “available for launch”, jargon that means the satellite is fully assembled and has successfully completed extensive pre-launch testing. For SpaceX’s inaugural GPS III launch (SV01), a pathfinder that carried unique wait and likely took additional processing time, SpaceX and the USAF took roughly five months to go from shipping the satellite to Florida to going vertical atop Falcon 9. More likely than not, GPS III SV03 has already begun to be prepared for transport from California to Florida, meaning that SV03 is roughly 1-2 months ahead of the schedule SV01 followed ahead of its Falcon 9 launch debut.

So: the GPS III satellite is ready for launch. The next critical milestones will be the satellite’s transport to Florida and SpaceX’s completion of the mission’s USAF-grade Falcon 9. B1054’s technically unnecessary sacrifice thus raises a question for SpaceX’s next GPS III launch, currently scheduled no earlier than December 2018: will another fresh Falcon 9 Block 5 booster be sacrificed to the gods of Obsessively Cautious Margins?

The optimist in me wants to say, “Of course!” With GPS III SV01, SpaceX perfectly demonstrated Falcon 9’s performance and permitted the USAF the luxury of expending a brand new Falcon 9 booster to satisfy the customer’s desire for extremely cautious margins. The Falcon 9 upper stage’s luxuriously expensive (in terms of delta V) deorbit burns – performed after a several-hour cost in orbit – served as another definitive demonstration of the rocket’s intentionally underutilized performance. Having demonstrated a flawless launch with margins on margins, it seems reasonable that the US Air Force would permit SpaceX the freedom to recover Falcon 9 B105x after launching GPS III SV03.

On the other hand, the USAF and Department of Defense are not exactly known for their rational, evidence-based strategies of decision-making and procurement. As such, it’s safe to say that – without official info from SpaceX or the USAF – the answer to the question of whether SpaceX will need to continue expending valuable boosters for GPS launches is entirely up in the air – call it a 50-50 split.

In the meantime, GPS III SV03’s Falcon 9 booster is likely several months away from shipping off to SpaceX’s McGregor, Texas facilities for static fire testing. Up next for SpaceX is a critical Falcon Heavy launch that could secure the rocket’s certification for US military launches, become the first USAF mission to utilize flight-proven SpaceX boosters, and pave the way for the USAF to develop a dedicated certification process for launching on commercially-developed reusable rockets.