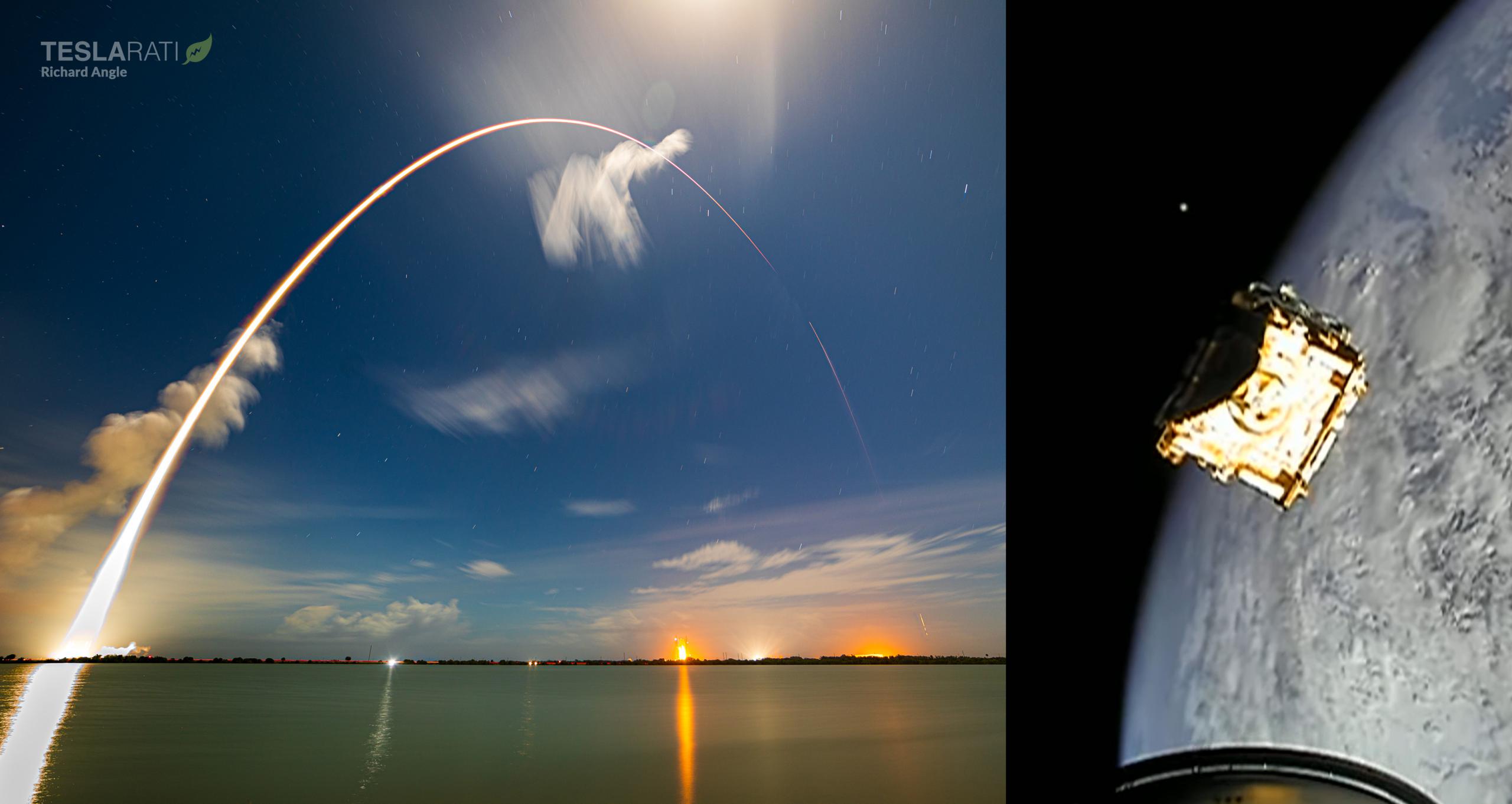 Carrying an expendable upper stage, payload fairing, and Turkey’s Turksat 5B geostationary communications satellite, Falcon 9 booster B1067 lifted off right on schedule at 10:58 pm EDT. Nine minutes later, the rocket landed aboard drone ship A Shortfall of Gravitas (ASOG) without issue, completing its third orbital-class launch and spaceflight in about six months and second launch in less than 40 days.

A little over 15 hours prior, Falcon 9 booster B1051 lifted off for the eleventh time, successfully delivering another 52 laser-linked Starlink V1.5 satellites to low Earth orbit (LEO) and marking a new reusability record for SpaceX’s workhorse rocket. Prior to liftoff, SpaceX’s record – set in September 2021 – was two orbital launches in 44 hours. For B1051, the successful completion of Starlink 4-4 also means that a single Falcon 9 booster has now launched ~470 Starlink satellites for a total of almost 150 tons (~330,000 lb) of satellites and spacecraft delivered to orbit in less than three years.

Now, as few as 54 hours after Turksat 5B, yet another Falcon 9 rocket is scheduled to lift off – this time carrying Cargo Dragon 2 to orbit no earlier than (NET) 5:06 am EDT (10:06 UTC), Tuesday, December 21st as part of SpaceX’s CRS-24 International Space Station (ISS) resupply mission. Barring delays, CRS-24 will be SpaceX’s third orbital launch in just 69 hours (less than three days), the fifth Falcon launch this month (a new record), and the company’s 31st and final launch of 2021 (another record).

If CRS-24 lifts off on schedule, SpaceX will have completed five Falcon 9 launches in less than three weeks – a fitting way to end what has been an extremely successful year for the company.